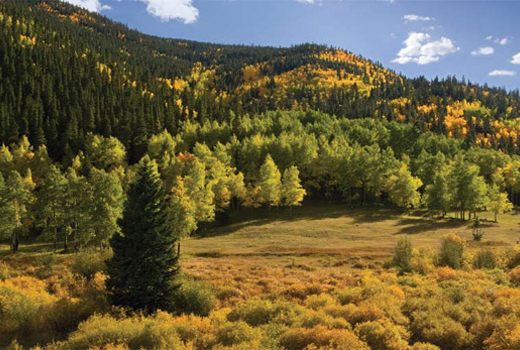 A Healthy Respect for Nature

by Congressman Nick Rahall September 11, 2009 Comments Off on A Healthy Respect for Nature  Departments, Political Will

When I first came to Congress in 1976 as a Representative of West Virginia’s Third Congressional District, I was asked to serve on what was then known as the House Committee on Interior and Insular Affairs. • Today I have had the privilege of serving for 32 years on that same Committee. • In 2006, I was honored to be selected to serve as the Committee’s Chairman for the 110th Congress, and again in 2008 for the 111th Congress.

“Our ideals, laws and customs should be based on the proposition that each generation, in turn, becomes the custodian rather than the absolute owner of our resources and each generation has the obligation to pass this inheritance on to the future.” — Charles A. Lindbergh, New York Times Magazine, 23 May 1971

This Committee’s area of influence is incredibly broad. It oversees programs administered by the Department of the Interior, such as the National Park Service, the U.S. Fish and Wildlife Service, the Bureau of Land Management, the Minerals Management Service, the Bureau of Reclamation and the Bureau of Indian Affairs. But in many respects, our charge may best be characterized as one of ensuring sustainability. The decisions made here have and will affect the lifestyles and livelihoods of multiple generations of Americans. It is here, in this Committee, that the Congress has largely vested the work of serving as temporary custodians of our children’s natural inheritance. This is serious business.

In contemplating the challenges the members of this Committee face, former Congressman and Chairman of the Committee Morris K. Udall put it well when he said, “The more we exploit nature, the more our options are reduced until we have only one: to fight for survival.”

Those words are relevant today as Americans are increasingly confronted with the task of striking that difficult but necessary balance between conservation and use of our natural resources.

With that in mind, my first order of business when I assumed the Chairmanship of this Committee was to change the name from the vague “Resources Committee” back to the “Natural Resources Committee” – a small change but one that better reflects our duty to ensure the wise use of the Nation’s irreplaceable natural treasures.

Under my Chairmanship, the members of this Committee have worked to bring interested parties of all views to the table to ensure that our lands are preserved as God intended while taking into account local concerns and needs. We have respected the multiple uses of the public’s land while protecting the interests of citizens who live in and around these areas. Although we may not always agree on individual bills and provisions, each member of this Committee wrestles with how to best protect the public lands and economic interests of our respective states. 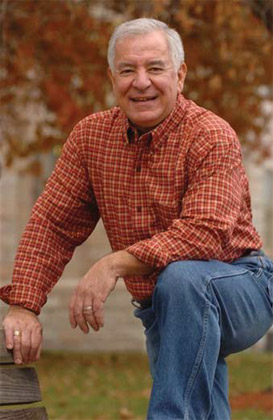 As a West Virginian, for example, I have worked to promote the scenic New River Gorge National River as a place for public enjoyment that provides employment to our citizens and attracts tourism. Meanwhile, we all want to ensure that the river and its view shed are carefully maintained. For generations the people of my State have earned a living through development of our natural resources. Yet, a healthy respect for nature and a desire to care for it are part and parcel of growing up a West Virginian.

All members of this Committee, with whom I am proud to serve, juggle similar contrasting needs and goals. They represent a diverse array of districts spanning from the Atlantic to the Pacific Oceans and from forested peaks to arid desert lands. Happily, with consensus-building and much bipartisan cooperation, we have been able to achieve a number of successes over these past several years.

Among our most remarkable achievements – and one that marks a shift in direction from the Committee’s priority list under previous leadership – has been our work to advance the designation of two million acres of additional American lands as wilderness, as part of the Omnibus Public Land Management Act of 2009. The wilderness provisions in this bill includes wilderness in the states of California, Colorado, Idaho, Michigan, New Mexico, Oregon, Utah, Virginia and West Virginia.

The landmark Wilderness Act of 1964 established wilderness preservation as one of the fundamental purposes of federal land management. Wilderness designation is recognition that there remain many places in America with special features as they were shaped by the hand of the Creator. This designation is important in maintaining a balance between use and conservation. The protection of wilderness ensures a future of healthy, secure habitat, which is vital to the sustained existence of vast varieties of plants and animals.

In anticipation of what is projected to be yet another record fire season in California and other parts of the country this year, the House of Representatives advanced common sense legislation I had authored that would create a dedicated federal fund for emergency, catastrophic wildland fires. The new fund is badly needed to enable the Forest Service and other land management agencies to afford to suppress fires and to continue to manage our nation’s unique and vast public lands. Without such a fund, monies for fire emergencies are draining far too many of our public lands’ other needs and crippling management activities that can ensure healthy, hearty forests for the long-term.

The need for water is one of the world’s most intricate sustainability challenges, and the Natural Resources Committee has long played a role in addressing the needs of our water-strained Western States. There highly productive agricultural regions and rapidly growing urban areas have been hard hit by severe and prolonged drought conditions and man-made imbalances in the allocation of scarce water resources. With anticipated population growth, continued development and climate change concerns, the challenges surrounding Western water are intensifying.

Given these issues, this Committee has taken important steps to promote more sustainable water supplies for the West. We continue to push for innovative water projects that aggressively direct priority attention to restoring watersheds and aquatic habitats as well as providing more water through conservation and reuse.

Possibly the single most effective legislative effort of modern times to ensure that our children and grandchildren can enjoy the blessings of nature that were passed on to our generation was the enactment of the landmark Endangered Species Act (ESA) in 1973. The ESA has allowed the U.S. to make great advances in protecting the web of life that enables the intricate co-existence of man, plant and animal. And during the 110th Congress, this Committee reengaged in our constitutional duty to conduct oversight into the implementation of the ESA by holding hearings to ensure that ESA decisions are guided appropriately by the science rather than derailed by politics.

The 111th Congress is an historic one marked by the dawn of a new Administration. As I look ahead, I am reminded that the work of this Committee will be shaped by the changing priorities of new leadership.

I am proud to be able to say that my Chairmanship is dedicated to enriching the Nation and all of its inhabitants of today while being mindful of our duty to pass this inheritance on to the generations of tomorrow. With that in mind, in the months and years ahead, I look forward to building upon the foundation of success that was laid during the 110th Congress to ensure the sustainable balance between job-providing, economy-boosting development of our resources and their wise conservation.