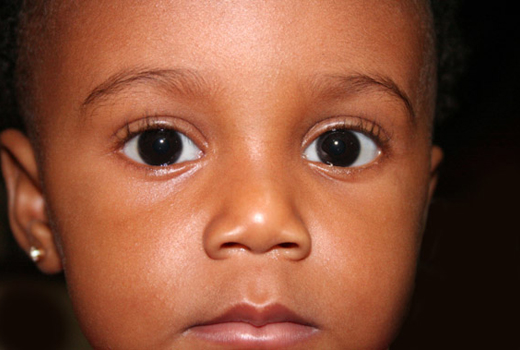 A History of Haiti: The Politics of Poverty

by Rosemarie Calvert February 11, 2013 Comments Off on A History of Haiti: The Politics of Poverty  Columns, Security & Ethics

Haiti’s independence from France on January 1, 1804, marked the beginning of the first modern state governed by people of African descent. It was the second nation in the Western Hemisphere to achieve independence; the first was the United States. Unfortunately, this momentous occasion would usher in a tragic history that continues to this day as Haiti attempts to deal with natural disasters, political instability and poverty. The country’s continuing struggles are ironic considering that the French developed Haiti, known then as “Saint-Domingue,” into the most productive colony in the Western Hemisphere – maybe even the world – and then lost it to the idea of freedom.

According to Richard A. Haggerty, ed., in Haiti: A Country Study, Washington: GPO for the Library of Congress, 1989, the power of the idea of freedom inspired by American and French Revolutions “was such as to convince a bitterly oppressed population of African slaves that anything – reprisal, repression, even death – was preferable to its denial. This positive impulse, liberally leavened with hatred for the white men who had seized them, shipped them like cargo across the ocean, tortured and abused them, and forced women into concubinage and men into arduous labor, impelled the black population of Saint-Domingue to an achievement still unmatched in history: the overthrow of a slaveholding colonial power and the establishment of a revolutionary black republic.”

Is Haiti’s tragic legacy a direct result of its European colonization – one which almost completely decimated the local indigenous population within 50 years’ of Columbus’ arrival? According to the Library of Congress’ (LOC) Country Profile in the Federal Research Division, “As the indigenous population dwindled [as a result of disease and brutal treatment], African slave labor became vital to Saint-Domingue’s economic development. Slaves arrived by the tens of thousands as coffee and sugar production boomed. Under French colonial rule, nearly 800,000 slaves arrived from Africa, accounting for one-third of the entire Atlantic slave trade. Statistics show a complete turnover in the slave population every 20 years. Despite these losses . . . by the mid-18th Century, Saint Domingue’s society had settled into a rigid hierarchical structure based on skin color, class and wealth.”

However, by the late-18th Century the social fabric began to unravel as slaves abandoned plantations and established runaway communities, many with militants posing threats of violence. The French Revolution’s embrace of egalitarianism encouraged Saint-Domingue’s free people of color to demand their rights. And, in 1790, Paris’ National Assembly granted suffrage to landed and tax-paying free blacks. But, when the white planter-dominated colonial assembly refused to comply, the country became engulfed in violence. The subsequent breakdown encouraged slave revolts, and a campaign to expel the French ensued. In 1803, French losses from yellow fever, malaria and combat, coupled with war in Europe, forced France to withdraw. After 300 years of colonial rule, Haiti became an independent republic with a precarious future that continues to this day. 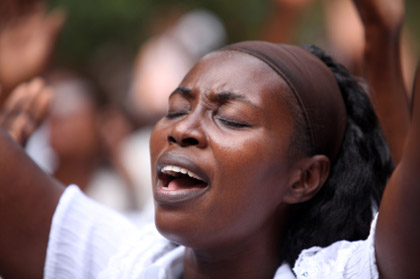 Haggerty maintains that 19th Century Haiti was a victim of “international political and economic isolation. Because they either resented the existence of a black republic or feared a similar uprising in their own slave-owning regions, European colonial powers and the United States shunned relations with Haiti. In the process, they contributed to the establishment of an impoverished society ruled by the military, guided by the gun rather than the ballot and controlled by a small, mostly mulatto, ruling group that lived well while their countrymen either struggled to eke out a subsistence-level existence on small plots of land or flocked to banners of regional strongmen in the seemingly never-ending contest for power.

“To be sure, the French colonial experience had left Haitians completely unprepared for orderly democratic self-government. But the isolation of the post-independence period assured the exclusion of liberalizing influences that might have guided Haiti along a somewhat different path of political and economic development. By the same token, however, it may be that Western governments of the time, and even those of the early-20th Century, were incapable of dealing with a black republic on an equal basis. The U.S. occupation of Haiti (1915-34) certainly brought little of lasting value to the country’s political culture or institutions, in part because Americans saw Haitians as uncivilized lackeys and treated them as such.”

Haiti is embedded with a history of leaders aptly known as “strongmen” – men who have built their presidency on fear and terror rather than political organization, constitutionalism and rule of law. According to LOC, “Throughout the 19th Century, Haiti’s political institutions were subject to the whims of the Haitian head of state. Successive presidents drafted and abolished the nation’s constitutions at will, thus treating the documents as their own personal charters.”

For example, the brutal regimes of the Duvaliers – François “Papa Doc” (1957-1971) and his son Jean-Claude “Baby Doc” (1971-1986) span 30 years. These two Haitian presidents are indicative of what Haggerty identifies as “non-ideological despots who sustain themselves in power by employing terror and suppressing dissent, who draw the ire of the international community and who leave their country mired in political chaos and internal conflict.”

According to LOC, Papa Doc’s “dictatorial methods were harsh even by Haiti’s standards. [He] created the Volunteers for National Security (VSN) for the express purpose of averting attempted coups. The VSN functioned as a secret paramilitary group, using blackmail and terror to control Haiti’s citizenry. Largely through his brutal tactics, Duvalier held the presidency until his natural death in 1971. His son, Jean-Claude (1971-1986), assumed leadership of Haiti at the age of 19. “Baby Doc” adopted many of his father’s leadership tactics. He lived lavishly, siphoning off funds from the governmentally controlled tobacco industry while Haiti descended further into poverty. A visit from Pope John Paul II on March 9, 1983, saw the pope echoing the people’s cries for improved access to food, water, education and employment. It proved to be the beginning of the end for Jean-Claude. 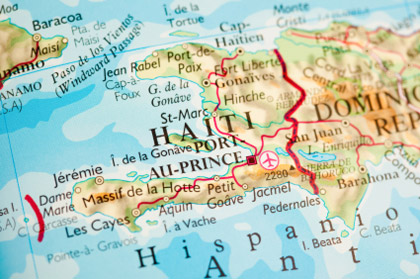 On February 7, 1986, Haitian citizens revolted against the corruption-rife administration. Threatened by rioting crowds and pressured by the United States, Duvalier gave up the presidency and went into exile in France.”

Local, legislative and presidential elections for November 1990 were scheduled but continuing political violence obscured the opportunity for fair balloting. “In a larger sense, the utter absence of any democratic tradition, or framework, in Haiti stacked the odds heavily against a smooth governmental transition. Economist Mats Lundahl has referred to Haiti as a hysteretic state, ‘not simply one where the past has shaped the present but also one where history constitutes one of the strongest obstacles to change.’ According to some observers, internal conditions had approached, by the late summer of 1990, a sort of critical mass, which, if not defused by way of fair and free elections, could explode into generalized and ultimately futile violence,” states Haggerty.

Haitian politicals and experts identified four conditions necessary for successful elections during this time period: 1.) effective legal action against those who had participated in the 1987 attacks and political murders, 2.) establishment of a climate of safety to encourage Haitians to vote, 3.) ousting of “entrenched, corrupt bureaucrats” and 4.) checks on the power of rural section chiefs so rural Haitians were free of coercion and intimidation. Such actions to ensure democracy underscore the reality that “democracy is not a panacea for domestic turmoil. As Winston Churchill observed, it is the worst political system ‘except for all the others,’” reminds Haggerty.

More than 60 percent of Haitian registered voters turned out in November 1990 and elected Roman Catholic priest Jean-Bertrand Aristide as Haiti’s new president in the country’s first free and fair election. However, before Aristide could be sworn in, an attempted coup ignited violent street demonstrations. Regardless of these events, many Haitians hoped for a new beginning. However, seven months later Aristide was successfully ousted by a military coup that subsequently engaged in repression of dissidents and, according to LOC, “extrajudicial killings. In the midst of severe repression and a worsening of already dire economic conditions, tens of thousands of Haitians attempted to flee to Florida by boat. The U.S. Coast Guard rescued more than 40,000 Haitians at sea during 1991 and 1992. Thousands more may have perished at sea. The United States condemned the coup and pledged to see Aristide restored to office. Additionally, the UN Security Council refused to recognize Haiti’s new leaders and imposed multilateral economic sanctions.”

In 1994, the UN Security Council approved deployment of a multinational force to restore civilian authority in Haiti. As a result, the junta stepped down in exchange for amnesty for themselves and their army. In September of that year, U.S. troops entered Haiti unopposed and restored Aristide to power. The Haitian president eventually abolished the army and replaced it with the United States-trained Haitian National Police.

Subsequent presidential elections were plagued by allegations of fraud and, therefore, not certified by international observers. And in 2000 amidst government corruption, election fraud and human rights violations, foreign donors suspended all development assistance to Haiti. 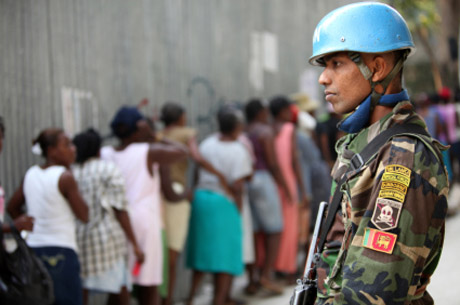 This resulted in a sharp recession with a negative GDP that continued for three years. During Aristide’s second tenure as president (2001-2004) little had been achieved and by 2004 he resigned under threat to his safety and was airlifted from Haiti by U.S. forces.

During this time period the United States and UN acted quickly to the emerging humanitarian crisis. The UN states, “The United Nations Stabilization Mission in Haiti (MINUSTAH) was established on June 1, 2004, by Security Council resolution 1542. This mission succeeded a Multinational Interim Force (MIF) authorized by the Security Council in February 2004 after President Bertrand Aristide departed Haiti for exile in the aftermath of an armed conflict . . . The devastating earthquake of Jan. 12, 2010, which reportedly resulted in more than 220,000 deaths including 96 UN peacekeepers, delivered a severe blow to the country’s already shaky economy and infrastructure. The Security Council, by resolution 1908 of Jan. 19, 2010, endorsed the Secretary-General’s recommendation to increase MINUSTAH overall force levels to support immediate recovery, reconstruction and stability efforts in the country.”

Following completion of the 2011 presidential election, MINUSTAH is working to fulfill its primary mission of restoring a stable environment, promoting the political process, strengthening the government and rule-of-law, and protecting human rights. The new Haitian administration faces many ongoing challenges, such as criminal violence, restoration of public services, lack of education, poverty reduction and economic growth. Only time will tell whether the country’s new leaders will be able to change the “politics of poverty” that have plagued Haiti for more than 200 years.