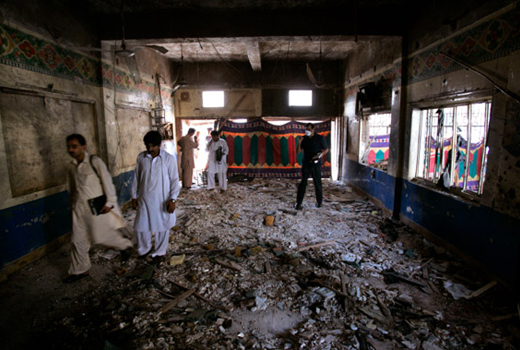 A New Perspective on Persecution

by Rosemarie Calvert August 7, 2012 Comments Off on A New Perspective on Persecution  Columns, Security & Ethics

According to two 2011 studies by the Pew Forum on Religion & Public Life, 2.18 billion Christians and 1.6 billion Muslims exist around the globe, thus representing 33 and 23.4 percent, respectively, of the 2010 world population. In combination with the 13.5 million Jews (.2 percent of total), the three faiths account for nearly 57 percent of Earth’s population. These “religions of the book” – so-called because of their common ancient Jewish ancestry – are monotheistic, meaning their practitioners believe in the existence of one god. Within the United States, this belief in one god is overwhelming as 72 percent of respondents in a 2008 Pew Forum survey stated they were “absolutely or fairly certain” that God or a universal spirit exists. These numbers are even higher, up to 99 percent, in some Middle Eastern and Asian countries.

With monotheistic religions sharing a common ancestry and belief in one god, it seems illogical that religious violence among these groups has been and continues to be such a societal and political mainstay. However, the answer may lie in the historicity of persecution among and between these three faiths. Tertullian, an early 3rd-Century pagan turned Christian philosopher, had a few things to say on this subject that are thought provoking and relevant to this day:

When asked whether it was acceptable to flee religious persecution by then pagan Romans, Tertullian responded that persecution never happens “without God willing it.” In this sense, “persecution is a judgment, and the verdict is either approval or condemnation. To be sure, to God alone it belongs to judge” as He separates the wheat from the chaff of those who deny Him. Tertullian maintains that never is God more sincerely believed than during persecution, which is why persecution “works for the improvement of the servants of God.” The evil that’s required for the “trial of faith provides the instrument, but not the justification for, persecution.”

Tertullian believed that during times of persecution, we are “approved or condemned, humbled or corrected” because “we are tested for the steadfastness of our faith. I do not see how anyone can have doubt of this except for those whose faith is worthless and cold and who with trembling assemble together.” Tertullian maintains that we cannot run from persecution precisely because it comes from God. Everything that proceeds from God is divine and everything that’s divine is rational. If something from God is good in its natural state but seems to be evil to human perception, “then, surely, the thing is really good, and human senses must be in error.”

The late antique philsopher reminded his readers that Jesus “stood firm to face his persecutors” and refused to ask for his Father’s assistance; he even objected when Peter reached for his sword. Jesus also said that his soul was troubled and his flesh weak. He did this, said Tertullian, to show that “by the weakness of his body and the timidity of his soul . . . that both of them were in themselves unequal to the task without the strength of the Spirit.” 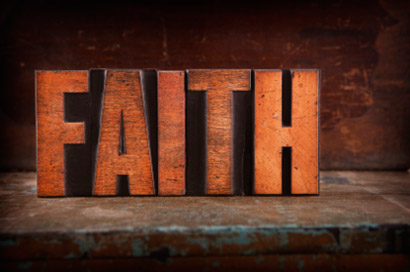 Tertullian wrote that all one needs for protection is faith and wisdom because “the man who is afraid to suffer cannot belong to Him who suffered for us. And so, ‘many are called, but few are chosen.’ It is not asked who is ready to follow the wide road, but who the narrow path.” Tertullian spoke with great wisdom and authority even though the most significant outcomes of Christian persecution would not occur until one or more centuries later. In fact, Christianity may not have survived those early days without its martyrs. Their historical narratives were a beacon of hope and a preeminent example of “right” behavior that encouraged the creation of community boundaries that had not previously existed. These first significant acts of religious coercion by the Roman Empire fueled the fires of this new faith in a way never before experienced. In fact, state-sponsored acts to maintain and to contain power and control within the religious environment created a new face of religious expression that changed the world forever.

Ironically, although born of the daughter of intolerance and maturing within an abusive environment, Christianity soon forgot its origins and became, arguably, the preeminent persecutor in the name of God. Its long-standing coercion and violence manifested internally, against perceived heretics, and externally, toward unbelievers. A pivotal moment occurred during the Christian Crusades, which were devastating to Near Eastern Muslims. Not unlike Christianity, Islam came into its own as a byproduct of its “tests of faith” and soon became a dominant world player and eventual present day political power.

Another example of persecution that changed the face of the world was Hitler’s attempt to exterminate the Jews. Although millions of Jews, and others of differing faiths, died during the Holocaust, this faith-based group of people rose from the ashes more determined than ever to create a nation for themselves – the State of Israel in 1948. Unfortunately again, as history continued to repeat itself, the persecuted became the persecutors, as the Israelis began a massive campaign to contain and to control the Palestinians. As Tertullian maintained, during persecution “people have time for nothing but fear and hope.” Hope and fear band people together in a way that they may not have banded together otherwise. In this case it banded the surrounding Arab countries together against Israel to create one of the most violent, unstable and contentious areas in recent history.

As history continues to repeat itself throughout the world, who would have guessed that a pagan turned Christian philosopher living in the early 3rd Century would have been able to correctly ascertain the power of persecution. This power is, ironically, not with the persecutors; it stands strong with the persecuted, which may be God’s way of telling us to quit such acts once and for all. Maybe suicide bombers, religious extremists and political powers who support coercive and/or violent acts should take note. It is historically evident that persecution does not achieve its desired outcome. The victims are, in Tertullian’s words, becoming “approved, humbled and corrected,” “tried in the flame of persecution,” “tested in the steadfastness” of their faith and coming back stronger, more resilient and more determined than ever before.

Note: The above-referenced Tertullian quotes and ideas come from his Treatise, Flight in Time of Persecution. Thanks to Nate Andrade, PhD and late antiquity professor, for sharing his breadth of knowledge and wisdom.