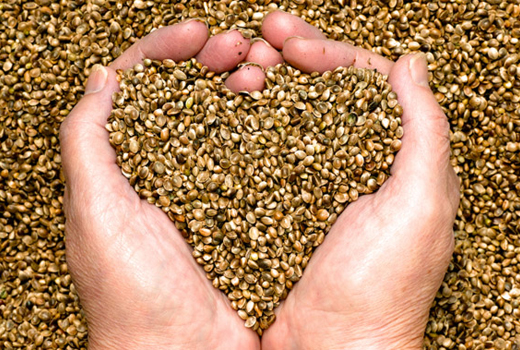 In the Western world, grocery shopping used to be a fairly low-stakes activity with the name and store brand often the only two options. Today, shoppers have more opportunity than ever before with products labeled for better choices, such as “low-fat,” “gluten-free,” “organic,” “free range,” “fair trade” and “locally sourced.” It is good news that so many people now consider the environmental impact of a particular food before they buy it. After all, the globe’s resources are scarce, and the number of humans among which those resources must be allocated is growing rapidly. World population just surpassed seven billion in 2012, and it will race past eight billion by 2025.

Further, industrial farming has degraded the environment. Temperatures are rising and ecosystems are changing around the world thanks in large part to carbon produced by fossil-fueled farms – and by vehicles that deliver food from the field to faraway markets. Industrial farming is depleting the Earth’s water supply and polluting with chemical fertilizers whatever is not consumed by thirsty crops and livestock. And yet, widespread misunderstanding still exists about the environmental impact of food production. Modern-day agriculture is not a battle between “good” organic farmers and “bad” industrial ones.

Instead, the battle is between sterile monocultures of a limited number of foods and a more diverse approach to farming, which marries a particular place’s unique ecology with local farmers’ knowledge of how to make their landscapes useful to humans. This latter approach – agroecology – is the only way to feed the Earth’s rapidly growing population without destroying the planet. At base, agroecology leverages existing cycles of water and nutrients to cultivate locally adapted species, thus harnessing natural forces and features already at work in a particular area. In so doing, farmers guarantee that a plot of land can turn out food sustainably – and support biodiversity – for generations.

The world presently faces a host of food-related social ills, many of which are linked to reliance on large-scale farming. Almost one billion people around the world are hungry – the most in human history. Sixteen thousand children die every day because of malnutrition and other hunger-related diseases. Yet paradoxically, 400 million people are obese while another 1.2 billion are overweight thanks largely to proliferation of unhealthy food.

One-third of all food produced for humans is wasted. America throws away 40 percent of its total food supply. Industrialized countries waste almost as much food as sub-Saharan Africa produces. Soils have been treated as inert and are consequently dying. The productivity of nearly one-half of all soil worldwide is decreasing. Another 15 percent can no longer be used for farming because its biology has been so depleted. Biodiversity is fading, too. Eighty percent of the world’s arable land is dominated by genetically homogeneous monocultures. The industrial food chain uses just 3 percent of the 5,000 plant species that humans have domesticated. 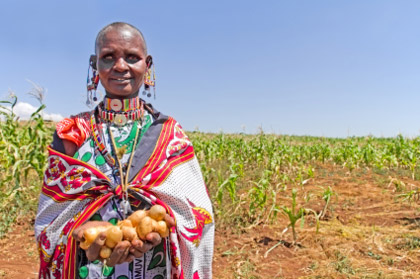 Current methods of large-scale farming also expose life to serious risks from climate change. Industrial agriculture produces about one-third of all greenhouse gas emissions. Meanwhile, the massive irrigation systems these farms require threaten water supplies. Indeed, the agriculture industry is not only the world’s biggest polluter but also its biggest user of water. In short, the agricultural status quo is having a devastating effect on the natural life-support systems that allow humans to inhabit the planet.

These effects are often written off as the cost of doing business – a necessary side effect that humans must tolerate to produce enough food to feed the Earth’s growing population. But as the increasing incidence of hunger around the world demonstrates, industrial farming is not doing a good job of getting food to people who need it. As the International Assessment of Agriculture Knowledge, Science and Technology for Development (IAASTD) noted recently, “Business as usual is no longer an option.”

Many see organic farming as the environmentally sound alternative to conventional industrial agriculture. Depending on the kind of farm, organic agriculture can be far preferable to non-organic. But just because a farm is organic does not mean it has sidestepped environmental and social drawbacks of large-scale farming. Organic farms, for instance, can still employ a damaging monoculture approach. Agroecology represents an alternative to both these unsatisfactory approaches to food production.

Agroecology does not simply try to wrest as many food calories out of a given parcel of land as possible. It takes a holistic approach to farming, one that understands farmland as a complex ecosystem with a wide variety of living things interacting in dynamic ways. By relying on these relationships between people, plants, animals, soil, air and other environmental factors, farmers tend entire small-scale ecosystems that support a diverse collection of living things, thus rendering the question about whether crops are industrial or organic effectively moot.

In fact, both kinds of agriculture can be vastly improved by adopting agroecological techniques. For instance, farms could become robust – and insulate themselves from risk of a debilitating pest or weather pattern – by relying less on monocultures and focusing instead on diversity of both genetics and species. Agroecological approaches to farming can also undo some of the environmental degradation of conventional farming. They naturally restore nutrients to soil. And whereas industrial farms release excess carbon dioxide into the atmosphere and wreak havoc on the planet’s climate, agroecology sequesters carbon naturally.

Industrial farms release mountains of unused fertilizer into surrounding waters, which pollutes water supply and creates ocean dead zones. Not so with agroecology. To the contrary, it can even preserve water and soil through use of such techniques as terracing, contour farming, intercropping and agroforestry. But can such a nature-friendly approach deliver the food that nine billion people need? Yes, particularly in places where hunger is most prevalent.

About one-half of the one billion people who are hungry today are in fact small-scale farmers unable to produce enough food to survive. Agroecology does not require special seeds, equipment and other expensive inputs necessary to engage in conventional chemical agriculture. By relying on natural forces already at work, agroecology can empower poor farmers to feed their families independently. All they need is instruction in the approach.

Indeed, as a 2010 report from the United Nations (UN) Special Rapporteur on the Right to Food has said, “Today’s scientific evidence demonstrates that agroecological methods outperform the use of chemical fertilizers in boosting food production where the hungry live, especially in unfavorable environments.” 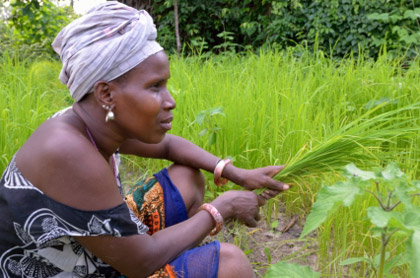 For evidence of this, look to the Tigray Region of Ethiopia. Starting in 1996, the Institute for Sustainable Development began a program encouraging farmers in Tigray to stop using chemical fertilizers and instead adopt a number of ecology-based agricultural techniques. These included diversifying crops to repair soil structure and composition, artfully controlling water resources and composting. Since the beginning of the project, soil erosion in Tigray has been reduced by 60 percent. Crop yields are comparable – and often better – than those produced by chemical fertilizers. Plant and animal species, which had previously left the area, have returned. And the soil retains moisture far more effectively. The program was so successful that it became part of the Ethiopian government’s official strategy for addressing poverty and land degradation.

In Kenya, farmers have created a “push-pull” system to control parasitic weeds and insects without chemical insecticides. The system “pushes” pests away by planting insect-repellant species among corn crops while “pulling” pests to plots of napier grass, which excretes a sticky gum that attracts and traps insects. The results have been remarkable. “Push-pull” doubled yields of maize and milk, and is now used on more than 10,000 farms in East Africa.

Agroecological practices also bring ancillary benefits to poor rural regions. For instance, the UN Report found that, since this kind of farming is labor-intensive, it can create valuable employment opportunities in communities starved for jobs. In addition, the emphasis that agroecology places on biodiversity dramatically improves nutrition in many developing countries, especially in areas formerly reliant on cereal-based systems that produced large quantities of rice, wheat and maize, which lack vital micro-nutrients. Even seemingly counter-intuitive bets on biodiversity have worked. In the Yunnan province in China, for instance, rice yields improved by 89 percent and rice blast disease was 94 percent less severe when both disease-susceptible and disease-resistant strains were inter-planted compared to when grown in monoculture.

As the climate continues to change, humans will need to turn to more resilient agricultural practices that can withstand unpredictable weather patterns or unstable water supplies. On this front, the emphasis agroecology puts on biodiversity will prove immensely valuable. One recent study looked at the impact of Hurricane Mitch on 180 farming communities in Nicaragua in 1998. As the United Nations report noted, in the aftermath of the storm “farming plots cropped with simple agroecological methods . . . had on average 40 percent more topsoil, higher field moisture, less erosion and lower economic losses than control plots on conventional farms.”

In other words, not only do agroecological techniques help combat the causes of climate change, they also promote a kind of resilience that will empower humans to withstand its effects. The agricultural status quo is failing to feed the world while inflicting tremendous monetary and nonmonetary costs on the planet. It is time for a new approach – one that addresses moral, social and environmental challenges the Earth faces. Agroecology is just such an approach, and humanity should move it forward.

Ken Wilson, PhD, serves as executive director and chief executive officer of The Christensen Fund. Born in Malawi with a life spread across the world, Wilson studied zoology at the University of Oxford and anthropology at University College London. His doctorate focused on indigenous knowledge, health and human ecology in agro-pastoral arid savannahs and woodlands of Southern Zimbabwe. During those years as an ethno-biologist, Wilson was particularly interested in linking participatory research on ecological histories with community-based landscape management. He then took a Research Officer position at the University of Oxford in the Refugee Studies Programme where he became increasingly interested in the history of traditionalist, socio-cultural movements and resilience. Wilson also spent nine years with the Ford Foundation as Mozambique Program Officer and then deputy to the Vice President of the Education, Media, Arts and Culture Program.

The Christensen Fund believes in the power of biological and cultural diversity to sustain and enrich a world faced with great change and uncertainty. The Fund focuses on the biocultural – the rich but neglected adaptive interweave of people and place, culture and ecology. Its mission is to buttress the efforts of people and institutions who believe in a biodiverse world infused with artistic expression and work to secure ways of life and landscapes that are beautiful, bountiful and resilient. The Fund pursues this mission through place-based work in regions chosen for their potential to withstand and recover from the global erosion of diversity. The Fund works primarily through grant making as well as through capacity and network building, knowledge generation, collaboration and mission-related investments.