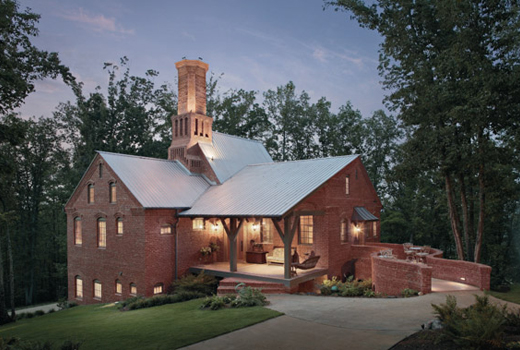 General Shale, the nation’s largest brick, stone and concrete block manufacturer, celebrates its 85th anniversary in 2013. As the North American subsidiary of Wienerberger AG, the company’s enduring success has included the acquisition of more than 25 brick-making companies, thus enabling people to “build their American dream” with a brick home that withstands the test of time. With a life-cycle of more than 100 years, brick is one of the world’s oldest green building materials. Thus, our growth and success reflect a continuing commitment to environmental stewardship by providing quality products and supporting them with outstanding service.

Brick is energy efficient and earth friendly throughout its life-cycle. Its production process uses less embodied energy when compared to that for other materials, and there is little or no waste in manufacturing. Brick buildings use less energy and also reduce outside noise. It does not expel toxic substances, and its maintenance does not require chemicals, paint or coatings. Its durability and added energy efficiency create a win-win situation for any builder or owner.

As a building material, brick is at the head of the class when it comes to overall aesthetic quality, energy consumption, pollution and life expectancy. The product’s popularity has survived thousands of years not only due to its classic aesthetic appeal but also because of its diversity. When compared to other exterior building products, a structure clad in brick minimizes CO2 emissions, which makes it easier to cool in summer and heat in winter. Exterior and interior walls and brick pavers will last the life of the building. Because of these features, the value of a brick structure increases more with time than buildings constructed of other materials.

Many consumers may not be aware that brick has been made and used in one form or another for 10,000 years. Some of these artifacts from world history are still around and are on display at General Shale’s headquarters in Johnson City, Tenn., home to the nation’s only ancient brick museum. More than 100 of our unique exhibits feature bricks from Biblical times and earlier, including a sun-dried clay unit believed to be 9,000 to 10,000 years old; a hand-designed brick from the 1,400-year-old Church of St. John in Ephesus, Turkey; a hard-burned brick dating back to 70 A.D. from the Colosseum in Rome; a piece of the Great Wall of China; a brick transported on the Mayflower; and many more pieces excavated in ancient times on through 20th Century America. These artifacts clearly demonstrate brick’s strength and endurance.

I should also point out that brick offers consumers an important choice for products “made in America.” Although China dominates global brick production at 54 percent, the U.S. brick industry remains strong, thus providing green jobs and contributing to the national economy. In a normally growing economy, the nation’s brick industry manufactures approximately nine billion “standard brick equivalents” per year. Even in a challenging year like 2008, the Brick Industry Association cites data indicating brick was manufactured in more than 160 plants located in 38 states.

During the same time period, the brick industry contributed more than $8 billion to the economy and helped employ almost 200,000 Americans. More than 10,000 Americans worked in brick manufacturing jobs (including union labor), 20,000 in distribution and transportation jobs, and an additional 140,000 skilled masons and contractors helped install brick throughout the country. Drucker Worldwide reports that the industry contributes approximately $2 to the economy for every brick produced. 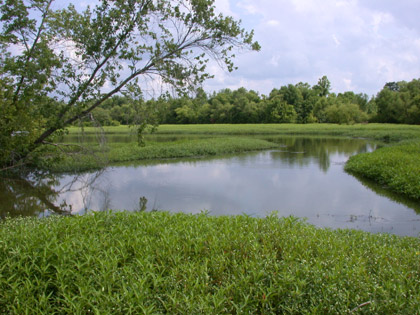 For those wishing to acquire new Leadership in Energy and Environmental Design (LEED) certification, brick combines with a number of other green building features to meet LEED standards, such as construction materials supplied within a 500-mile radius, including masonry. At least two brick plants are located within 500 miles of 49 of the country’s top 50 metropolitan areas. Other design elements that combine with brick to increase building sustainability include water savings features, natural lighting and a site choice that meets green standards. Additional masonry products that are environmentally friendly include brick pavers, which promote groundwater recharge, provide topsoil support and reduce compaction to maintain permeability.

Environmental stewardship has always been a priority for our company. Our products come from the earth, and technology has improved so that production processes require 70 percent less energy than in the 1970s. In addition, we are proud of our award-winning reclamation record of ensuring that the areas we reclaim at our manufacturing sites look as good as or better than the way we found them. Our goal is simultaneous excavation and reclamation, and we invest thousands of dollars each year in extensive reclamation efforts. In fact, General Shale is routinely recognized for outstanding reclamation efforts by organizations like the Virginia Division of Mineral Mining and Virginia Transportation Construction Alliance.

Our Blue Ridge plant in Roanoke, Va., and our former Somerset, Va., site are excellent examples of ongoing reclamation. After material was removed at the Somerset site, the property was returned to a variety of beneficial land uses. Most of the reclaimed land is now a 95-acre area that has been made suitable for hay production or pastureland. Three permanent ponds covering 10 acres, in addition to a 13-acre wetland, were created and now serve as a wildlife habitat with a thriving population of deer, ducks, geese, bluegill, smallmouth bass and catfish. Throughout its lifespan, the location provided millions of tons

“. . .technology has improved so that production processes require 70 percent less energy than in the 1970s.”
of shale that went into the production of more than one billion bricks and pavers still in use today in homes, churches, businesses, stadiums, government buildings and other applications throughout the eastern half of the United States.

General Shale’s responsibility as a reputable member of the community is evident in our corporate culture and understanding of recycling, as well. A recycling program has been implemented at each of our 54 locations nationwide, and we routinely recycle paper, cardboard, newspapers, magazines, telephone books, junk mail, bottles, cans, plastic strapping, used motor oil, food boxes and other materials.

Since 1960, the amount of waste generated by Americans has nearly tripled. Each year, U.S. businesses trash enough paper to build a 12-foot wall from New York City to Los Angeles. Although only about one-tenth of all solid garbage is recycled, thousands of responsible companies – such as General Shale – are adopting green practices that pay dividends in the form of natural resource conservation, pollution control and waste removal cost reduction.

Our ongoing recycling efforts that include paper and plastic (172,000 pounds), metal (321,000 pounds), wood pallets (49,500 pounds) and electronics (2,530 pounds) result in nearly 273 tons of recycled materials annually. Our employees are doing their part to make a sizeable impact on the nation’s 230 million tons of trash per year.

In conclusion, as we celebrate this important milestone – 85 years of producing one of the world’s oldest green products – we are grateful to all our customers, employees and friends. Our manufacturing facilities in nine states and provinces throughout the United States and Canada, in addition to our network of 31 distribution centers, look forward to building the American dream for many generations to come and to continuing our efforts as a good steward of the environment.

Dick Green started his career as a management trainee with General Shale Brick after graduating with a degree in business in 1973. Rising through the ranks, he was promoted to plant manager of the Knoxville, Tenn., brick plant and then later returned to Johnson City, Tenn., as regional production manager responsible for the operation of several manufacturing facilities. Green was promoted to vice-president of marketing for General Shale in the early 1990s and then to executive vice-president. In 1994, he assumed his current position, president and CEO of General Shale, the second largest brick manufacturer in the United States with more than 2,000 employees in 11 states. In 1999, General Shale became part of Wienerberger, AG, headquartered in Vienna, Austria. Wienerberger is the largest brick company in the world with operations in 23 countries. Green embraces a mentoring philosophy that allows employees to develop their potential fully. Under his leadership, General Shale has experienced the greatest growth in its 75-year history and now has an active and structured program in place to encourage employee involvement at every level in the organization.