Companies from around the world gathered Dec. 10, 2007 for a “business day” at the United Nations’ (UN) Climate Change Conference in Bali, Indonesia, to call upon governments to devise clear policy that would guide future business energy investment decisions. The event, organized by the World Business Council for Sustainable Development (WBCSD) and the International Chamber of Commerce (ICC), sent a powerful message that business wants a successful completion of a new global climate change framework beyond 2012, when the Kyoto Protocol expires. The conference brought together 350 leaders from companies, governments, inter-governmental and non-governmental organizations to review the issues at stake while, at the same time, suggesting new ways forward. 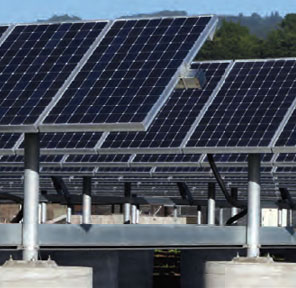 “Businesses have already made major changes in the way they operate, introducing new processes, products and services that help reduce greenhouse gas emissions. And while business recognizes the challenges, we also see opportunities for progress and for new markets in the move to cleaner energy, development and deployment of low-carbon technologies in all sectors and greener lifestyles,” said Laurent Corbier, chair of the ICC Commission on Environment and Energy and Vice– President of Sustainable Development and Continuous Improvement at the French energy company AREVA.

Speaking at the event, Yvo de Boer, executive secretary of the UN Framework Convention on Climate Change, said: “I firmly believe that the engagement of the business sector in fighting climate change is crucial. They are the key to a low-carbon future. An international climate change deal for the post-2012 period should, therefore, be designed in a way that makes sense from a business point of view. But first we need political agreement on the launch of negotiations on such a new climate deal.”

The main point of the Bali meeting – mapping a path of negotiations toward a post-Kyoto climate and energy framework – was fairly successful in its ability to draw a crucial roadmap along with a plan to have a framework agreed to by 2009. Among the subjects discussed were how business could become more engaged in the process of developing a post-2012 framework, what business and markets need to continue making progress in addressing climate change, opportunities in carbon-free technologies and energy efficiency and how to get markets, trade and investment frameworks working in concert to mitigate and to adapt to climate change. Leading companies from a variety of sectors detailed their climate change strategies.

The U.S. delegation to the official UN conference drew criticism from other developed nations’ representatives , as well as from the press, for opposing agreed upon CO2 emission targets although such targets were never really the goal of the meeting. Instead, U.S. companies such as DuPont and GE (founding members of the U.S. Climate Action Partnership and members of the WBCSD) urged the U.S. Administration to take more action. 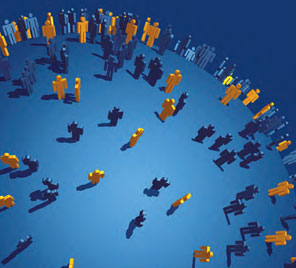 Companies want policy agreement for two main reasons: first, many energy-saving and carbon-saving efforts by business do not make economic sense without a carbon tax or a cap-and-trade carbon market that raises the “price” of carbon emissions. Certainly costly technologies like those that capture and store carbon could not be justified to shareholders under present policy regimes. Second, , as Corbier suggested, companies see new market opportunities for energy-efficient, carbon-saving technologies under a stricter carbon policy regime. This consideration is especially important in the U.S., where companies have leading positions in such technologies – leads that are dwindling as the U.S. remains largely a non-participant (some would say a “spoiler”) in the global climate negotiations. In fact, it is widely reported that China will soon take the lead in renewable energy technologies.

But the Bali conference’s decision to hammer out a new framework in the next two years makes things challenging for the U.S. government. President Bush is a lame duck, and 2008 is an election year. It would be a miracle of bureaucratic speed if a new administration could develop a position and a negotiating team to play a substantive role in the talks by the end of 2009, when discussions are supposed to be finished.

The WBCSD, which has more than 200 members – the world’s largest companies with a total market share of more than $6 trillion – is itself playing an active role in UN and other negotiations about climate change. It has developed and published Policy Pathways to 2050, a quantifiable, long-term (50-year) global greenhouse gas emissions reduction pathway that would help reduce uncertainty about technological development, deployment and business contributions.

Council members believe that the basic flaw of the Kyoto Protocol, which the U.S. never ratified, was that it did not recognize the simple truth that energy policies are made by nations; the protocol tried to impose a “top-down” goal. A new approach should recognize that energy and climate policy must be set at national levels; then national or sectoral programs could be voluntarily linked to a growing international carbon market, which would introduce international market flexibility into the setting of national objectives.

David Hone of Shell, an important drafter of the WBCSD policy document, said that countries do need to come up with definite emissions targets, broken down into clearly segmented time frames. Then “the real confidence would ultimately come once we’ve set and passed one or two (target) deadlines and someone’s held to task if we don’t meet them. If that doesn’t happen, then the whole thing starts to unravel.”

Many complex recommendations of the Council’s Policy Pathways to 2050 have been taken up by the U.S. and other governments. The WBCSD Cement Sustainability Initiative is exploring whether carbon targets could be set for the cement industry as a whole. And, if so, could this be done by other industry sectors? The Council also has established projects to promote energy-neutral buildings, more efficient operations by the power generation sector and sustainable energy sources for developing countries.

Despite all of this activity, business must still figure out how to cooperate with governments in “saving the climate.” Shell Chief Executive Jeroen van der Veer told the New York Times early this year, “I am a strong believer and strong advocate of free enterprise. If you would like to solve the carbon problem in the world, free enterprise has to work in close cooperation with governments to form the right framework. How you tackled the sulfur dioxide problem in the United States was the basic inspiration for the European trading system of carbon. So there are examples from the past we can apply to overcome that problem. But we can’t do it on our own as an industry. We need cooperation from governments.”

Discussions are already taking place with the Polish government for a business event at the 2008 UN Climate Change Conference. We can hope this event will see quantifiable participation by the United States government in an effort to work directly with business to address these critical and timely issue