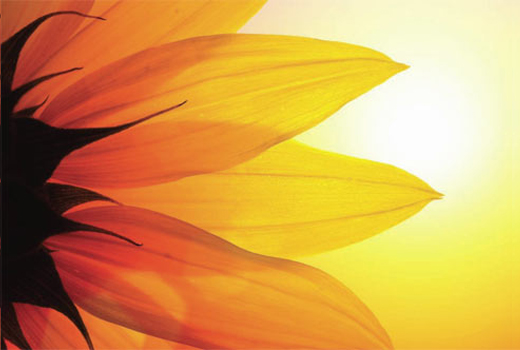 by -- September 4, 2010 Comments Off on Creating a Path to Solar Adoption CH2M Hill and Solar Mapping  Departments, Build Smart

Photovoltaics (PV) involves the application of solar cells for energy by converting sunlight, including sun ultra-violet radiation, directly into electricity. Its production has been doubling every two years, which equals a 48 percent average increase each year since 2002. However, installation expense, quantified return on investment and availability of experienced equipment installers and maintenance resources have continued to present challenges for even the most ardent enthusiasts.

Most people think solar energy is a good idea. After all, the sun has been powering the Earth since the beginning of time. It’s the sun’s energy, for example, that helps a tiny acorn to become a mighty oak. Only recently has humankind been able to effectively harness this power source for conversion to electricity. Even with today’s push on renewable energy, barriers continue to exist regarding its use in everyday life. However, thanks to forward-thinking companies and governments in partnership with practices like solar mapping, obstacles are giving way to increased adoption.

Federal and state governments are removing these barriers and creating a path to more widespread adoption by providing cities and counties with clean energy funds. As a result, local governments are seeking ways to offer greater access to solar energy sources by easing permitting and licensing challenges, thus making it more available and affordable for home and business owners. One of the most dynamic means of supporting this transition has been the advent of the solar map. 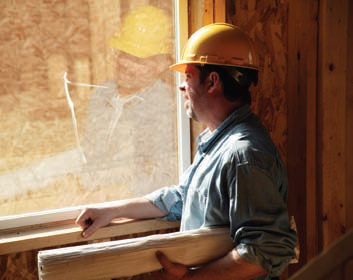 In its simplest form, a solar map utilizes Google Maps or Microsoft Virtual Earth to identify solar installations within a given area such as a city or a county. Applied to an online “solar portal” — a location point for residents and business owners to access detailed and area-specific solar information — the map provides a visual snapshot of the area’s solar progress.

Aside from showing solar installations already in place, these portals can also address many factors involved in the decision-making process related to installing a solar energy system. These run the gamut from how to get started to solar electricity potential (based on geography and building characteristics), installation costs and contractor listings, estimated energy savings and rebate availability.

However, thanks to proprietary software used by Denver-based CH2M Hill, solar mapping has now been taken to a new level. The technology, Solar Automated Feature Extraction™ (SAFE), assesses the precise solar potential of each building in a city or neighborhood, rooftop by rooftop, through a combination of aerial imagery and advanced 3-D modeling by accurately measuring structural rooftop elements (including air conditioning units and ducting), the azimuth or sun direction, shadows cast by other structures and roof slant. In some instances, every structure on the map has been analyzed to calculate the estimated potential environmental benefits and monetary savings that would result from installing solar energy panels on the building. With these new detailed analyses, residents and building owners can perform return-on-investment calculations that would otherwise have taken numerous on-site visits and weeks to complete.

Thanks to the federal government’s recent commitment to funding renewable energy and energy-efficiency programs, solar map portals offer state and local governments a proven method of jump-starting their constituents’ conversion to solar energy. Via property-specific solar estimates, residents and businesses can learn about the benefits of solar for their precise locations.

One such benefit is economic. Solar systems help building occupants save money by combining PV and traditional electricity by using “net-metering.” When a system generates more electricity than needed, the electricity meter will run backward. If the opposite occurs and more electricity is needed than the PV system can generate, it’s provided by the utility as usual. This combined set-up reduces an electricity bill to the difference between how much a solar system produces and how much electricity is used.

Municipalities are getting support from the federal government in their efforts to harness the sun as an electric power source through the Solar America Cities program. The program (http://www.solaramericacities.energy.gov/Home.aspx) is a partnership between the U.S. Department of Energy (DOE) and a select group of American cities committed to accelerating solar energy technologies’ adoption at the local level. Teaming up with state and local agencies, nonprofit organizations, universities, utilities, developers and solar companies, the cities’ goal is to make solar electricity from PVs cost-competitive with conventional electricity forms from the utility grid by 2015. As a result, several municipalities have completed or are in the process of creating solar mapping portals.

“The Solar America Cities were deemed such because they’ve taken a leadership role in the nation’s adoption of solar energy,” said David Herrmann, a project manager from CH2M Hill, a firm leading the way in solar mapping. “America is watching their progress in order to learn from their efforts and successes. The solar mapping portal has been a highly visible component of many city programs by allowing a window into the city’s solar potential and by helping to speed the adoption of solar – rooftop by rooftop.”

San Francisco was the first city to determine the solar potential of every building in a city by using the SAFE analysis technique. Integrating a map as the cornerstone of a solar portal, it provides the City and County of San Francisco’s Department of the Environment a one-stop site to engage citizens in solar outreach efforts. 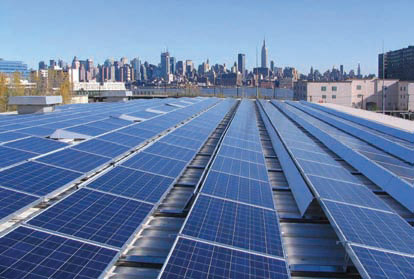 As part of the project the Web portal, http://sf.solarmap.org/, enables residents and building owners to easily log on, view their rooftops, calculate the available square footage for panels, mock up solar panel placement, estimate how much money people will save, choose from a listing of available installers and get detailed information on tax rebates. Residents can also see whether their neighbors have adopted solar energy and which buildings in town have solar applications. Since the portal has been implemented and made available to the public, PV installations have grown by 60 percent, and the amount of solar electricity generated has doubled.

According to Johanna Partin, renewable energy program manager for the San Francisco Department of the Environment, “CH2M Hill’s solar mapping solution will help the City and County of San Francisco reach its goal of 10,000 solar roofs by 2012. This would give the city an annual savings of more than $7 million in energy costs and an annual carbon savings of almost 46,000,000 pounds – the equivalent of taking more than 3,500 vehicles off the road.”

Other cities currently investing in solar mapping include Portland, Sacramento and San Diego, as well as Los Angeles County.

Seventy-five percent of the world’s greenhouse gas emissions come from cities. So, naturally, the world – not just the United States – is exploring solar as a solution to this growing problem. As more people begin to implement alternative energy as their primary electricity source to mitigate the effects of rising oil prices and environmental degradation, solar maps will become an important tool for conversion to this abundant energy source.

One such ambitious undertaking is, ironically, in the oil-producing nation of Abu Dhabi, where the Masdar Initiative is underway. Masdar, which means “the source” in Arabic, is building Masdar City, a carbon-neutral, zero-waste city powered entirely by renewable energy. The initiative is leveraging established renewable energy industries such as solar but also investing in its own future-energy innovations.

An international movement similar to the DOE’s Solar America Cities program has also been in place since 2004. The International Solar Cities Initiative’s objective is to support the United Nations’ energy and climate policies by stimulating interest in becoming benchmark cities that commit to ambitious emission reduction goals. The Initiative helps cities integrate renewable and energy-efficient technologies and industries into environmental, economic and city planning while providing scientific support for the validation and design of effective measures and policies for its solar cities.

“Our barriers to solar implementation in America are not unique. Though the burden of cost and responsibility for implementation may be allocated differently, a solar mapping portal provides the same benefit for a home in Abu Dhabi as it does in Alabama. The faster we can break down those barriers, the more efficient our alternative-energy economies will become around the globe,” said Herrmann.

Harnessing the Earth’s most abundant energy source instinctively makes sense. As countries, cities, counties and individual citizens work to remove barriers, the path to implementation and adoption will be increasingly easier. Federal programs, such as the DOE’s Solar America Cities program, city-driven initiatives like those of San Francisco Mayor Gavin Newsom and new technology applications such as solar mapping will combine to usher in a new era of sustainability based on solar built for generations to come.