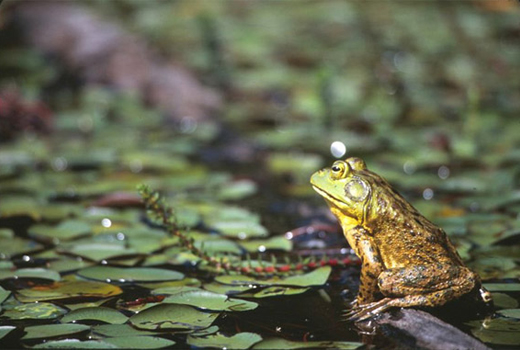 Department of Defense (DoD) lands comprise approximately 29 million acres throughout the United States. Providing the required safety and security buffers for testing and training operations has resulted in the protection and security of some of America’s best remaining habitats. For example, military installations contain the greatest concentration of threatened and endangered species per acre of any federal lands in the United States. They also host at least 75 endemic species at-risk. Thus, the Defense Department is a major partner and stakeholder in protecting our country’s biodiversity heritage. DoD’s natural resources managers accomplish this mission through compliance with laws and regulations to protect listed and at-risk species, habitat management and restoration, invasive species control, partnerships with adjacent land owners, installation conservation efforts, stewardship projects, public outreach, installation staff and military member training, and hosting of research (http://www.DoDNaturalResources.net).

Amphibians, an important group of vertebrate organisms that have persisted for more than 350 million years, are well-represented among military lands’ resident fauna. In the United States, approximately 290 amphibian species exist, many of which occur on at least one or more DoD installations. Unfortunately, amphibians are facing their greatest decline ever as this group is the most at-risk of all vertebrates on earth. More than 30 percent of the nearly 7,000 known amphibian species are directly threatened with extinction at this moment. These 290 amphibian species are not immune to these threats, which include habitat loss, competition and predation from non-native species, climate change, pollution, waterway alterations and disease.

DoD recognizes the perilous position and threats to this vertebrate group, which is why amphibians are protected on Defense Department lands through various means. As mentioned above, their greatest benefit is afforded through the many large and intact habitats that exist on DoD’s landscape. 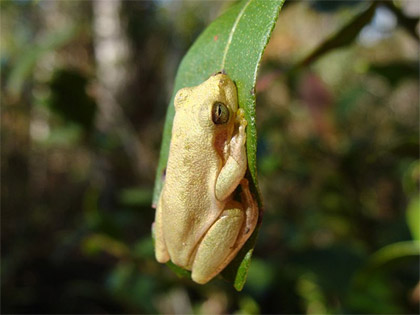 Additionally, sound resource management practices are utilized to maintain these habitats, which also provide a realistic warfighter environment essential to a real-world training experience. Thus, habitat maintenance for military training is consistent with species protections. Additionally, many federal laws regulate natural resources, and DoD’s compliance with these laws directly benefits many species, including amphibians. Examples include the Endangered Species Act, the Sikes Act and the Clean Water Act. The Defense Department also conducts stewardship projects that directly benefit amphibians, such as removal of non-native species, creation and/or enhancement of habitats, and the captive propagation and re-introduction of perilously endangered amphibians onto military lands.

Amphibians have also been the focus of several studies funded by the DoD Legacy Resource Management Program. This program, and the funds it provides, has been critical to enhancing our understanding of amphibians found on Defense Department lands. Sound natural resource management and protections are vital to making good decisions with respect to our natural resources and how we utilize the landscape for the greatest benefit to the military mission. Nationwide amphibian studies funded by the DoD Legacy Resource Management Program in 2009 and 2011 are great examples as they assist in our understanding of the temporal and spatial attributes of harmful diseases decimating amphibian populations globally.

The 2009 study provided a substantial contribution to our knowledge of the amphibian disease Batrachochytrium dendrobatidis (Bd). It was also the first transcontinental transect for this disease, which crossed the United States on 15 military installations from the Atlantic Shore to the Pacific. Researchers used the vast acreage of the DoD landscape as an ideal outdoor laboratory for testing hypotheses about Bd, including its prevalence and detection potential across U.S. regions and seasons. The 2011 study sampled 15 different military installations and crossed three vertical north-south regions along the eastern seaboard through middle America and across the western coast of the United States. Data analysis is underway and development of additional scientific manuscripts is expected. Future studies are also planned, which will continue to assist us in managing and conserving vital amphibian biodiversity. 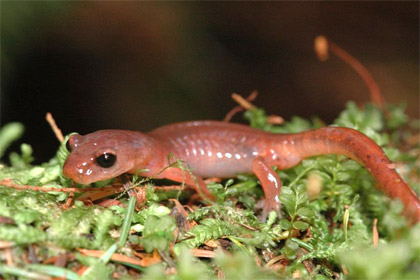 Another project by DoD PARC is development of an amphibian and reptile searchable database by military installation for the entire United States and including some installations outside the United States. These lists provide scientifically defensible information needed to confirm and evaluate all reptile and amphibian species present on each installation, which has broad application to management of those species and their habitats. Resident amphibian and reptile species also provide direct indicators of ecosystem integrity and function, and a valuable resource for compliance documentation. We hope this database will create an opportunity for amateur enthusiasts to view respective species through permissible entry to installations for morale, welfare and recreation opportunities.

In addition, DoD PARC recently launched a photo website of amphibians and reptiles from military installations that defense community and other interested parties can upload images to. This provides easy access to photos for use in various kinds of documents and literature free-of-charge, and is a central location to discuss noteworthy and/or newsworthy photographic findings. We encourage anyone interested in amphibians and reptiles to visit and utilize this website.

The future for amphibians on Defense Department lands is promising. Establishment of the DoD PARC program will not only coordinate all DoD components with respect to amphibian conservation and management but also will provide opportunities for other interested groups to contribute knowledge and resources. In this generation of the global disappearance of natural resources, DoD is proud to support our nation’s military while also protecting amphibians. We hope the Defense Department’s conservation and management contributions can be a model to other stakeholders for sustaining their biodiversity.

Robert Lovich can be contacted at robert.lovich@navy.mil. 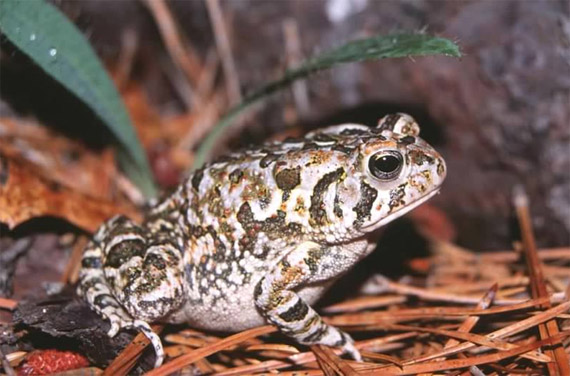