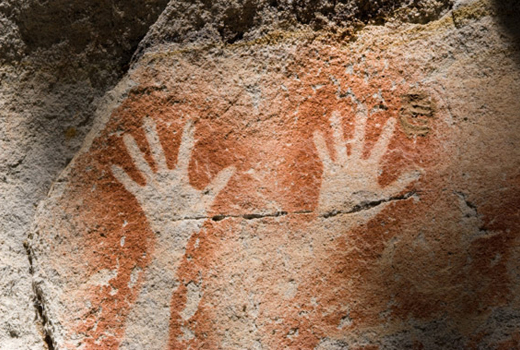 Ido not know exactly who my First Nations and Métis relatives are. My family tree is one of many Canadian family trees that include several mothers and grandmothers simply referred to as “Cree woman.” Despite not knowing the specifics of her ancestors, my mother always felt a deep connection to her First Nations and Métis heritage and passed that along to me. Without the ability to trace my ancestors, I have channeled my connection through my work and research with and about Canadian Aboriginal communities and people. As a result, I have learned more about the ongoing impacts of colonial policies on Canadian First Nations, Inuit and Métis communities, the tremendous strength and resilience demonstrated by these communities, and the alarming rates of youth suicide among Inuit. This knowledge has spurred an ongoing commitment to educate others and to highlight and support the people, programs and communities that demonstrate how to create healthier communities, which, ultimately, decrease youth suicides.

Many factors contribute to the high suicide rates among Canadian Aboriginal people. Cultural factors include loss of language and land, racial discrimination, and loss of spirituality and rituals. Psycho-biological factors include mental health issues, such as depression and alcohol and drug use/abuse, particularly solvent use. 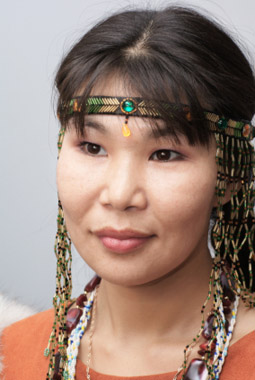 Situational factors include residential schools and high rates of adoption and/or foster care. Socio-economic factors include low education; inadequate housing, sanitation and water quality; and poverty. All these factors are interrelated and link directly to the ongoing impact of colonial policies in Canada. When experienced in combination, these factors can erode self-worth, create feelings of hopelessness and lead to depression, substance abuse, violence and suicide.

Given the similar historical context of American Indian and Alaska Natives in the United States, it is not surprising their youth also suffer much higher suicide rates compared to other American youth. According to the Centers for Disease Control and Prevention, suicide is the second leading cause of death for American Indians/Alaska Natives between 15 and 24 years of age and the third leading cause of death for those between five and 14, or 25 and 44. The age-adjusted suicide death rate for American Indian or Alaska Native people is twice as high as the overall U.S. rate. But, as in Canada, suicide rates vary widely across communities. The highest rates, between 5 and 7 times the overall U.S. rate, are in Tucson, Arizona; Aberdeen, South Dakota and Alaska (CDCP 2003, HIS 2000-2001).

Suicide is a grave problem in our communities – one that affects our youth at vastly disproportionate rates from the rest of Canada. We believe that the Honouring Life Network will be an invaluable tool for those working to prevent suicides in our communities. – Dr. Paulette Tremblay, former CEO, National Aboriginal Health Organization

In response to alarming suicide rates among Canadian Aboriginal youth, the National Aboriginal Health Organization (NAHO) launched the Honouring Life Network (HLN) in April 2008. Using its website, Facebook group, blog and Twitter account, HLN attempts to address the suicide epidemic currently plaguing some First Nations, Inuit and Métis communities in Canada. NAHO receives funding to coordinate the website from the National Aboriginal Youth Suicide Prevention Strategy. The latter resulted from a memorandum of understanding signed between Health Canada and the U.S. Indian Health Service to collaborate on suicide prevention for indigenous peoples in their respective countries.

HLN does not provide counseling services. Instead, it focuses on providing resources and creating networks to increase resiliency among Aboriginal youth to decrease suicidal behaviour. Designed under the guidance of its Youth Advisory Committee, the website engages First Nations, Inuit and Métis youth along with youth workers, health professionals and researchers to share information and resources. It also connects them to each other to address issues related to youth suicide. This is accomplished by providing up-to-date and varied website and electronic resources, which includes social media, in addition to in-person networking through conferences and community visits. HLN Youth Advisory Committee and National Aboriginal Role Model Program members also participate. (For more information on the National Aboriginal Role Model Program, please visit http://www.naho.ca/rolemodel/.)

The HLN website contains a Youth Corner, Resource Centre and Youth Network. The Youth Corner features news items, video clips, tips and fact sheets specifically relevant to, and formatted for, youth. The Resource Centre includes a searchable database of suicide and mental health related resources, such as books, brochures, toolkits, websites and organizations. Resources are categorized and can be searched by type (book, brochure, multimedia, etc), population (all, First Nations, Inuit or Métis) and language (Cree, English, French or Inuktitut).

The Youth Network is designed to encourage interaction and participation through the blog, Facebook and Twitter pages. These social media tools provide a virtual space for youth and/or youth workers to interact, to share stories and resources, and to keep in touch with each other. News items, job opportunities, stories about inspiring youth, scholarships and resources post to Twitter and Facebook daily. 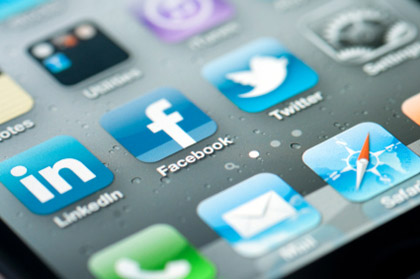 The blog is updated several times per week with similar, but more in-depth stories. Users are encouraged to comment on stories directly on the website or to share through their Facebook and/or Twitter accounts. In an effort to reach as wide an audience as possible, the majority of the HLN website is in English, French and Inuktitut.

In addition to virtual networking, HLN staff network in person through community visits and participation in conferences and workshops across the country. This includes many HLN information sessions in various First Nations, Métis and/or Inuit communities; presentations in high school, university and college classes; presentations to Regional Health Authorities; and participation in suicide prevention and mental health conferences. HLN also disseminates youth-friendly promotional materials, such as posters, pens, lip balms and t-shirts via mailing lists and community requests.

Every September 10th (World Suicide Prevention Day) HLN launches its How do YOU Honour Life?! Contest. The contest encourages youth aged 17 to 30 from across Canada to submit a short video or other media form, which will raise awareness about suicide prevention and mental wellness in First Nations, Métis and Inuit communities. The inspiring winning submissions from 2009 and 2010 are located on the HLN website.

HLN has also produced several suicide-prevention products. For instance, during 2010-2011, two documentaries highlighting positive Canadian Aboriginal youth programs were completed through funding from the Ontario Trillium Foundation. The first, entitled Songedamowin: Trust, was filmed at Ottawa’s Wabano Centre for Aboriginal Health. The second, Bimaadiziwin: Living in a Good Way, was filmed in Walpole Island First Nation. Both were produced by Red Cloud Studios, an independent production company dedicated to strengthening Aboriginal visibility in the film and television industry. These projects inspired HLN to fund a third documentary, Support, filmed in Clyde River on Baffin Island, which was produced by the local Ilisaqsivik Society film crew. HLN also produced a goal setting tool, Tree of Life, through a partnership with MindYourMind, a non-profit mental health engagement project. These products are available and highlighted on the website.

Youth suicide rates in Canadian First Nations, Métis and Inuit communities are undeniably alarming. It is clear that youth and youth workers need access to resources and support to help build strength and resilience in their communities. Although the statistics are disturbing, organizations, groups, programs and communities across the country are successfully working towards improving these statistics. HLN provides resources and opportunities to individuals, communities and organizations to network and to communicate about problems and solutions. More importantly, however, the organization aspires to show First Nations, Inuit and Métis youth they are not alone – that there are ways to feel better about themselves and their lives. The program is called the “Honouring Life Network” because its primary objective is to showcase people, communities and organizations that honour life and inspire others to follow in their footsteps.