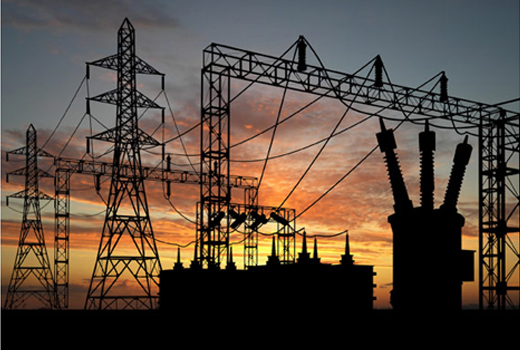 Ithink the biggest impact we can have on energy is people’s behavior. For example, if everyone bought a hybrid car, the Nation would eliminate a significant amount of its oil imports because our gasoline use would be cut in half. The technology is here; the ability is here, but most people don’t want to do it. The United States, as a society, uses double the amount of energy compared to the next highest energy user. Not only is people’s behavior different in other countries, many of these folks actually have a higher standard of living than we do. In other words, we don’t need all the energy we use to maintain our standard of living. If we could become more aware of what we do, our behavior would have a major beneficial impact not just on our own country, but around the world.

When gas prices increased, people woke up, and then when they decreased people said, “Never mind.” We all behave the way we’re incentivized – whatever those incentives are. As an example, my three kids and I have a contest on who can use the least amount of energy in their home. One winter my daughter went so far as to keep her house at 50 degrees. Needless to say, she won the contest that year. In addition, we don’t take the car unless it’s more than two miles, otherwise we walk. The point is that you can really have fun with this, and our lifestyles are improving.

At Draper, we develop world class sensors and controls that are also incentivizing energy reduction and lifestyle improvements. Our sensors and controls more effectively monitor energy usage while displaying information so processes can be optimized. These type of developments will allow people and organizations to achieve immediate energy reduction and energy efficiency gains. We’re also looking at modifying the grid to better enable integration of renewables. 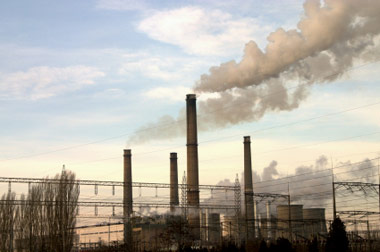 If you look at how the United States generates electricity, many of the processes are not as efficient as they could be. By applying optimized sensors and controls, we believe we can improve, for instance, the efficiency of a coal plant by five percent. That doesn’t sound like much, but when you go through the numbers, improving the Nation’s 500 coal plants by five percent will have a larger impact than all the alternative energy over the next 10 years. As the U.S is phasing in renewables, making coal plants more efficient will have tremendous returns. By the way, every one percent improvement in coal plant efficiency produces a 2-1/2 percent reduction in greenhouse gas emissions.

The way the grid works, whatever electrons go in have to come out. If there’s an imbalance between electrons going in and coming out, major problems commonly referred to as a “black-outs” occur. Right now, utilities modulate input based on demand. However, if demand exceeds input, “brown-outs” occur, which is common in the summer when people are using air conditioners. With respect to a “smart” grid, how do you develop the algorithms, sensors and controls to make the system work when you have intermittent supply and demand, such as with renewables? It’s very complex, but these are the type of things Draper is looking at. We’re also looking at how to get sensors to be much faster-acting with real-time data and the ability to be displayed so appropriate action can be taken.

All aspects of a “smart” grid are not equal. With respect to demand-load management, we’re looking at what a home demand-use management system should be. It really needs to do more than tell me how much electricity I’m using. How can I modify what I use when? I want to be able to decide who does what when in my home – maybe use the dryer at 3 a.m. if that’s when the electric rates are cheaper. Right now, the architecture for some home demand-load management systems is not optimized for user friendliness, which is why we’re looking at developing new architecture. 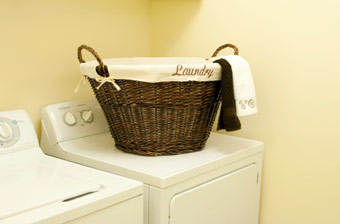 Within this new type architecture, there would be many things to modulate, such as lights and temperature, and electronic equipment – chargers and PCs. For instance, it’s better to put the computer in sleep mode than to turn it off and on because the spike when it starts is a big drain. With a demand-load management system, home owners would actually be able to see what they’re doing and what the impacts are on their electric bill. This would also include dryers and hot water heaters. For instance, what temperature should you put your hot water heater on? Many are turned up too high. If you have a typical hot water tank, you’re maintaining that extra temperature when you’re not even using hot water, which is wasting energy.

Our system will be so sophisticated that the home owner will be able to pull apart intricate aspects of home energy use. I think we’re a few years away before this actually gets into mainstream society. And, when that happens, a big part will be people’s behavior and their willingness to accept this type of thing. We’re partnering with Brown University, and they’re looking at policy work, such as how to affect people’s behavior in a positive way.

We’re leveraging many things we’ve done in other areas, such as on the space shuttle, for this very sophisticated data monitoring. For example, we’re actually taking work done by our rocket scientists and using it for utility and energy efficiency application. Our approach to this, unlike a commercial company, is that we’re not trying to sell a product or push anything. All we’re trying to do is to solve the problem in the most effective way possible. 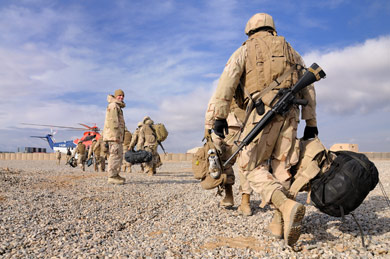 We’re focused on trying to solve that problem because, if successful, it will be a game-changer, particularly for the military. For instance, with respect to the Navy and its shipboard waste, Sailors can throw their waste into this direct carbon fuel cell, which would not only get rid of it, but generate electricity in the process. And, think of the power generating capabilities for a forward operating base (FOB), which can use any indigenous material that has carbon in it, from animal waste to grass. We’re working to successfully develop this. We still have problems to solve, but we’re focused on key issues and hope to have a prototype in five years.

These are the kind of big, foundational challenges Draper Laboratory works on. We’re a non-profit, here for the Nation’s interest, and we take our responsibility very seriously. The lab is named after Charles Draper, who was head of MIT’s instrumentation lab. One of the big things he believed in was that you not only needed theory but practice. He always pushed that you have to make things that work, which is part of our heritage. That’s what we do; we make things that work. And, in doing so, we help solve some of the country’s biggest challenges.