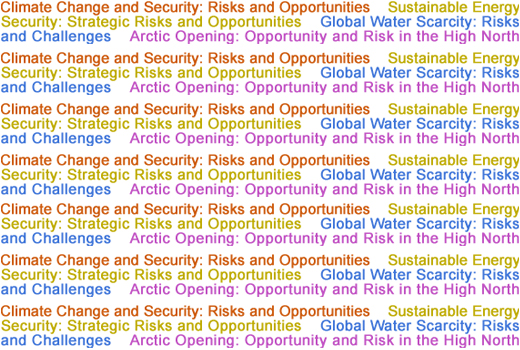 by admin September 6, 2012 Comments Off on Information of Interest, Sep 2012  Departments, Worth Knowing

(www.lloyds.com) – A Lloyd’s of London 360° Risk Insight Report, Sustainable Energy Security, outlines how humans have entered a period of deep uncertainty in how to source energy for power, heat and mobility, and how much it will cost. Below are the nine points from the Executive Summary:

(www.lloyds.com) – A Lloyd’s of London 360° Risk Insight Report, Global Water Scarcity, discusses the future of the world’s water supplies, which is a story of increasing stress, as indicated in the report’s seven points below:

These changes are likely to be exacerbated by the lack of strong and politically independent water management institutions across much of the developing world, which restricts ability to effectively use water in a changing world.

4. Arctic Opening: Opportunity and Risk in the High North

(www.lloyds.com) – A Lloyd’s of London 360° Risk Insight Report, Arctic Opening, discusses the pace of the environmental transformation currently taking place in the Arctic. One thing that stands out most clearly is the significant level of uncertainty about the Arctic’s future. The Executive Summary points are listed below:

For more information on Lloyds of London, please read this issue’s Hard Choices.