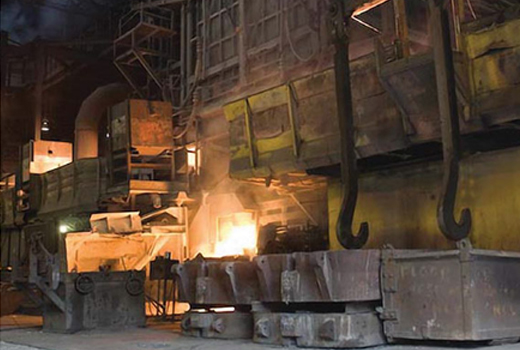 by admin September 11, 2009 Comments Off on Recycled Energy: Good for the Planet & Good for the Bottom Line  Departments, Sustainable Solutions

For 75 years West Virginia Alloys (WVA) has been melting quartz rock into silicon, a metal that’s used to make products like computer chips, semiconductors and steel alloys. Furnaces involved in this process are hot – very hot – running at a whopping 7,000° F. Traditionally, the company has vented its hot exhaust into the atmosphere. But in a move designed to slash pollution and power costs at the same time, WVA is about to recycle wasted thermal energy into a near-endless source of clean electricity.

WVA, a subsidiary of Globe Metallurgical, the nation’s largest independent silicon producer, is now partnering with Chicago-based Recycled Energy Development (RED) to build a $55 million, 40-plus megawatt waste heat recovery project. This facility will convert the company’s excess heat into 100 percent clean electricity that provides nearly one-third of the power used in WVA’s furnaces. The result will be a dramatic increase in efficiency, which will slash pollution and minimize the need for power from the grid.

RED, created to reduce greenhouse emissions profitably, will supply all capital and energy expertise in exchange for a contract to provide power to WVA. The two companies will split financial benefits, allowing the silicon manufacturer to improve its economic competitiveness and to bring back jobs from foreign producers. 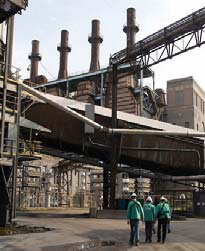 Such projects could hardly come at a better time – given U.S. economic concerns and the mounting global warming crisis. Recent studies done for the U.S. Environmental Protection Agency and the Department of Energy suggest energy recycling could provide 200,000 megawatts of new, clean power – enough to replace nearly 400 coal plants and to supply about 40 percent of the country’s electricity. U.S. greenhouse emissions would drop by 20 percent, about as much as if every passenger vehicle were pulled from the road. Meanwhile, as energy efficiency rose, power costs would fall.

Energy recycling is nothing new. In fact, Denmark generates more than half its power by capturing and by recycling its industrial waste heat from its small, local power plants. The U.S. rate, by comparison, languishes in the single digits. That’s because anachronistic energy regulations, crafted a century ago to electrify the country, subsidize and protect inefficient utilities while impeding the emergence of more-efficient alternatives.

With a little regulatory reform, these barriers could give way to a sensible energy policy that slashes pollution and energy costs at the same time. For more information, please go to www.recycledenergy.com.