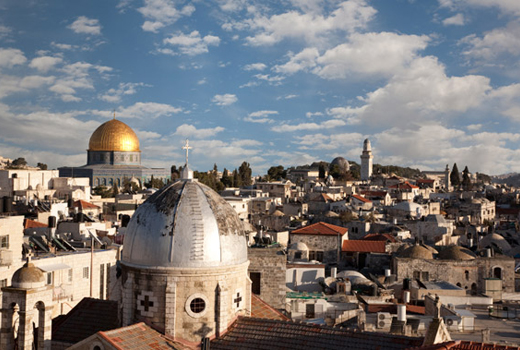 Repairing the World Mobilizing Jews to Protect the Environment

by abbi Steve Gutow, President and CEO, and Sybil Sanchez, Director, Coalition on the Environment and Jewish Life, Jewish Council for Public Affairs November 2, 2011 Comments Off on Repairing the World Mobilizing Jews to Protect the Environment  Columns, Faith & Life

What’s Jewish about caring for the environment? This is a core question that we, as leaders of Jewish organizations, ask ourselves all the time. The Coalition on the Environment and Jewish Life (COEJL) was formed at the Jewish Council for Public Affairs (JCPA) in 1993 to face humanity’s looming environmental crisis and to mobilize the Jewish community to protect God’s creation. Inspired by the Jewish traditions of stewardship, respect for God’s creatures, injunctions not to be wasteful and traditions of social justice, our shared mission is to unite the Jewish community in environmental efforts.

For the past 10 years, we have focused more and more on climate change and energy security as part of our commitment to the notion of tikkun olam, repairing that which is broken in the world, a central value in modern Jewish life. As it says in a Jewish commentary on the biblical Book of Ecclesiastes:

“When God created the first human beings, God led them around the Garden of Eden and said: ‘Look at my works! See how beautiful they are – how excellent! For your sake, I created them all. See to it that you do not spoil and destroy My world; for if you do, there will be no one else to repair it.’” (Midrash Kohelet Rabbah, 1 on Ecclesiastes 7:13)

This inspires the urgent need to transform the world’s energy sources and to reduce fossil fuel consumption. As Jews, along with all Americans who care about these issues, we are constantly reminded of our responsibility to care for the most vulnerable and to be aware that those who have contributed the least to causing climate change often suffer the most from its impacts. We are also particularly aware that reducing dependence on oil from unfriendly and repressive regimes is an important national security goal.

Confronted by the existential challenge of climate change and inspired by the strong environmental tradition in Judaism, we mobilized the Jewish community to take action to reduce the Jewish community’s carbon footprint as part of the Jewish Energy Covenant Campaign. To participate in the campaign, leaders signed “The Jewish Environmental and Energy Imperative,” committing to reduce their own and their organization’s energy use 14 percent by 2014. So far 55 national leaders from throughout the Jewish religious and political spectrum have signed on. On February 6, 2012, we convened to kick-off the Jewish Energy Covenant Campaign. Appropriately, the ceremony was held at the 14th Street Y in Manhattan, which had just upgraded to a more energy efficient facility.

Why 14 percent by 2014? Well, 2014 is the next sabbatical or shmittah year in the Jewish calendar, marking the seventh year of our biblical agrarian cycle. Shmittah means “release” in Hebrew. During the shmittah year, Jews are commanded to let the land of Israel lie fallow, as detailed in Leviticus 25. 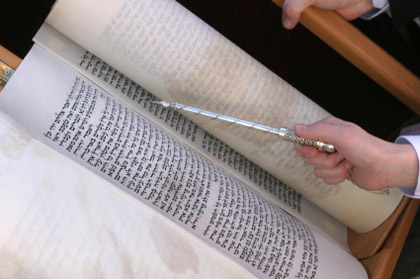 Scholars speculate that the shmittah year was a form of crop rotation, which renewed the land for human use. We chose a 14 percent reduction in energy use by 2014 in the spirit of the shmittah year since reduction of greenhouse gases caused by energy use and fossil fuel dependence is an important step toward a more sustainable planet. It is but the first step in our community’s efforts to support our nation’s ultimate goal of reducing national greenhouse emissions by 83 percent of 2005 levels by the year 2050.

One challenge has been finding ways to reduce our own carbon footprint by 14 percent in response to the campaign’s personal leadership call. In our personal lives, we have sought to model our commitment to these goals, thus influencing how our organizations and others respond to the challenge. Fortunately, we both bring our own sustainable lifestyles to the effort already.

Steve regularly rides his bike to work in New York City, which automatically reduces his transportation carbon footprint while taking a practical, fun step towards a better world and a healthier lifestyle. He is a vegetarian and an avid recycler, both important means of reducing carbon emissions. Sybil pays particular attention to conserving energy. She regularly uses power strips and turns them off at day’s end in the office and at night at home. This lessens the unnecessary power draw by appliances left on even when they are not in use (a phenomenon often called “vampire” or “phantom” power). When possible, she composts at home to avoid unnecessary waste as well.

We take our inspiration from a quotation in Pirkei Avot, a Jewish wisdom collection, “Rabbi Tarfon taught, ‘It is not your responsibility to finish the work, but you are not free to desist from it either’ (2:21).” For both of us, getting to 14 percent by 2014 is a challenging yet rewarding experience, which we understand we cannot accomplish alone, just as we understand our responsibility to try.

As we have lived these changes in our own lives, we thought seriously about how to facilitate this process for participants in the Jewish Energy Covenant Campaign. Since this campaign demanded meaningful action and sustained organizational attention, we asked signing organizations to appoint a sustainability liaison. Our own organizations formed a new green team, which has adopted a mission statement and implemented several sustainability efforts in the office. With the help of a sustainability fellow, we have so far convened four training webinars – bringing together experts in the field and highlighting successful efforts in our community – on establishing baseline energy use, forming and leading a green team, funding energy efficiency projects and mobilizing an organization to pursue sustainability. Through these webinars, we made the resources and expertise of COEJL available to the sustainability liaisons and beyond.

We have also asked participating organizations to document their greenhouse gas emissions and energy use so we can track their energy reductions. We assist them by working together with the Cool Climate Calculator program (www.coolcalifornia.org/business-calculator), which is designed to conduct online energy audits. We also recommend organizations conduct on-site energy audits as well. The Religious Action Center of Reform Judaism (RAC) recently blogged about their energy audit at coejl.org/resources/covenant-campaign-blog-from-the-rac/. They reviewed all potential sources of emissions, measuring each staff person’s morning commute and their air miles each year. 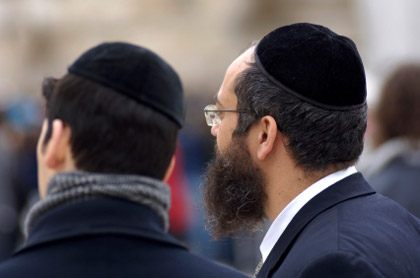 It is only nine months since our signing ceremony but already we are beginning to see green shoots. Hadassah, the Women’s Zionist Organization of America, recently announced a new green team. The American Conference of Cantors decided that as a participating organization in the Covenant Campaign they would forgo printing a paper membership directory but would instead create an online version. We are encouraged and inspired by these examples of progress and look forward to celebrating a harvest of sustainability in 2014.

Fourteen percent by 2014 is a mere fraction of the urgent action necessary to slow our relentlessly increasing greenhouse gas emissions and, unfortunately, these efforts are difficult to track. Yet, we know these steps are necessary. To paraphrase Rabbi Tarfon, only by getting started can you bring action to fruition. By mobilizing as a faith community, we provide a unique Jewish voice on the climate crisis. By 2014, we will have led a significant effort within Jewish life to reduce our carbon footprint. In our own lives, we will have changed how we live and make our lifestyle more consonant with the earth and our values. For ourselves and our children, we will have chosen a future we want. As we are taught, the responsibility is ours, and the work cannot be ignored. We are excited to see what the shmittah year of 2021 will bring!

For more than 50 years, the Jewish Council for Public Affairs (JCPA) has served as an effective mechanism to identify issues, to formulate policy, to develop strategies and programs and to give expression to a strongly united Jewish communal voice. By virtue of JCPA’s unique position and structure, its ability to reach out and motivate Jews and non-Jews alike to action is unparalleled. Through its network of 14 national and 125 local independent partner agencies, JCPA serves as a catalyst that heightens community awareness, encourages civic and social involvement, and deliberates key issues of importance to the Jewish community. For more information, please call (212) 684-6950 or email them at contactus@thejcpa.org.