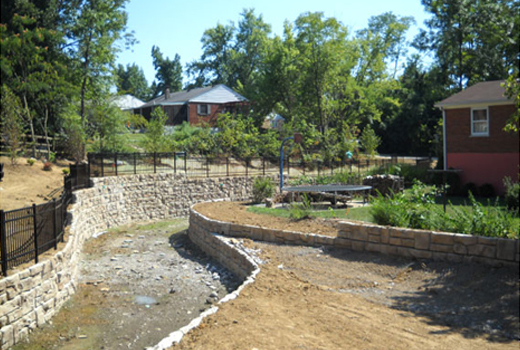 Sustainability as a Creative Process

by Jake Manthei January 3, 2011 Comments Off on Sustainability as a Creative Process  Departments, Sustainable Solutions

Over the past several years green initiatives have become increasingly important in civilian and Department of Defense (DoD) construction projects. For project managers, finding sustainable solutions has become both easier and harder because more options sometimes create confusion as to what choices are best. It’s easy to get caught up in the latest trends in sustainability. But, oftentimes, the best solutions are those that start with the fundamentals – reducing, re-using and recycling – as a framework for thinking outside the box. Getting back to basics can free up architects and engineers to utilize strategies and solutions in ways that have been overlooked or simply not yet identified.

As the Government Business Council reported in the August 2010 “Sustainability in the Federal Government” survey, over half of 309 Federal employees who responded called their agency’s sustainability efforts “inadequate.” The survey revealed that Federal employees feel that lack of education and funding are the primary roadblocks preventing progress towards a more sustainable way of doing business. In spite of budgets crunching tighter and tighter, many contractors and vendors have noticed and applauded the creative approaches the DOD has brought to the fore. Exciting victories are being won for sustainable practices under the leadership of Federal agencies. The key component in promoting sustainability – in spite of lack of funding or education – seems to be creative problem solving.

The main business of the military is supporting the war fighter. Freeing up resources and money shore side by reducing, re-using and recycling is an important part of this support. Below are suggestions and noteworthy examples of creative use of resources that may help jump start the creative process:

Finding solutions that reduce not only the amount of resources required for a project but also the cost of the project is a huge undertaking. The planning phase requires forward thinking and considering how a product will save money now and in the future.

There are a number of ways to reduce when it comes to a construction project. Incorporating local products reduces fuel and emissions, and choosing a product that is fast and easy to install reduces time, energy and resources required to get the project up and running. Reducing project size, unnecessary maintenance or slashing overhead costs can also make a big difference. By taking any number of these factors into account, a project will instantly become more sustainable. 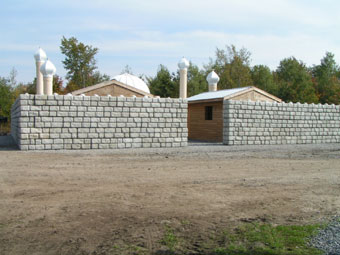 Dr. Laurie Rush, Ft. Drum Cultural Resources Manager, explained that the main challenge of developing a courtyard wall for the facility was finding a solution that not only looked realistic but was durable as well. Choosing a lasting solution was important in reducing the amount of maintenance, rebuilding and resources required for the project. “We could have done a plywood wall that looked fairly realistic, but when soldiers are training they have to actually practice breaching walls; the walls needed to be durable and that’s where Redi-Rock came in. It made the project easy to install and cost effective, and definitely long-lasting,” explained Rush.

Redi-Rock freestanding walls are built using massive 1,500 pound precast concrete blocks that interlock similar to giant Legos, thus allowing them to be installed quickly using heavy equipment and a small crew. Usually used as parking barriers, seat walls or simple enclosures, Redi-Rock freestanding walls can be installed with 90 degree inside and outside corners and curves using a single block type that offers flexibility in design from project to project. The blocks were manufactured at Sunnycrest Precast, which is located about 100 miles from the base, so fuel costs and emissions were reduced.

The ground at Ft. Drum was very rocky. Installing fences and drilling down would have required extensive excavation and resources. A benefit of using freestanding walls is that the installation did not require extensive excavation. The base’s own crew was able to install all 4,000 sq. ft. in about 3.5 weeks.

“I liked the way the blocks just stack and that they’re reconfigurable,” said Mike Earl, who was Range Operations Officer at Fort Drum when this project was in the planning stages. As Earl mentioned, an added bonus to the durability of using precast freestanding blocks was how easily the blocks could be reconfigured, which brings us to the next basic tenet of sustainability: re-use.

Finding a re-usable solution can be the most difficult of the “Three R’s” to achieve. The key in choosing a product that can be re-used lies in its versatility. Can it be re-configured? Moved? Used in one application or in another? Used now and later? 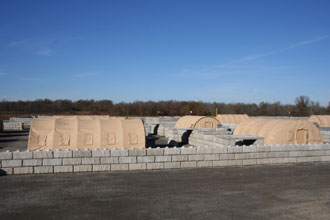 Ft. Chaffee in Arkansas has made re-usability an integral component of its training facilities. In 2008 the base constructed a Tactical Training Base (TTB) to help train soldiers in realistic, simulated environments. “We sat down and developed a scaled-down version of an operations base that soldiers will encounter in-country. The goal was to give soldiers some hands-on experience,” Lieutenant Colonel Tarry Marlar explained.

Marlar was considering different ways to simulate entry control points and bunkers at the TTB including using dirt berms for perimeter walls. However, dirt berms were not an ideal solution because they’re not similar to what soldiers would see in-country. More importantly, they would erode quickly in storm events, requiring extensive maintenance, upkeep and rebuilding.

While Marlar was searching for a better option, a local construction and precast concrete company approached him with a more sustainable solution – Redi-Rock freestanding walls. “The reason we decided to go with Redi-Rock is flexibility. If our training requirements change, we could move those blocks and re-use them at different situations on-base. You can use Redi-Rock in all kinds of applications. It’s just a good value for training installations to purchase because you can use it in other applications as the mission objectives change,” Marlar said. 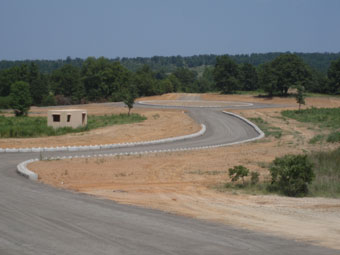 In 2009 Ft. Chaffee expanded its training facilities by constructing an Improvised Explosive Device (IED) Defeat Lane to further prepare soldiers for deployment. Because the freestanding walls had worked so well at the TTB, Marlar chose to use additional Redi-Rock blocks to construct parts of the IED Lane as well. “The purpose of the training for units that are deploying is to get them ready to identify IEDs on their routes. They learn ways to identify devices that are camouflaged in anything you would see on a typical highway – overpasses, crosswalks, manholes, guardrails,” Marlar explained.

The base moved some blocks from the TTB to complete the IED project. Redi-Rock blocks were utilized to line streets, build columns and to abut a bridge structure. “There’s no telling how much it would have cost us to construct a poured-in-place concrete wall there. There was a huge cost savings in using Redi-Rock,” Marlar commented.

The out-of-the-box use of freestanding blocks at Ft. Chaffee is a perfect example of crafting a more sustainable solution by using a versatile product in creative ways.

Recycling is a key component to sustainable construction projects and can offer benefits at the beginning and the end of a project. Choosing solutions for projects that contain recycled materials can reduce carbon emissions and prevent materials from entering a landfill. In addition, choosing a construction material that can be recycled at the end of its usable life gives projects a sustainable edge.

Using these industrial by-products can make a large impact on a project as a whole. As an example, precast expert Martha Van Geem, P.E., LEED™ AP explains that using slag cement to replace 50 percent of the Portland cement in a concrete mixture will reduce greenhouse gas emissions by 45 percent per cubic yard of concrete. 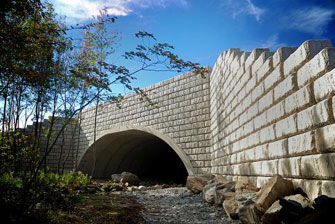 A notable civilian project that has used recycled material to achieve a more sustainable end was the Dartmouth Crossing project in Dartmouth, Nova Scotia. In developing the 511-acre retail site, the engineers made sustainability a priority. For more than 80 years the site had operated as an asphalt plant and rock quarry and was considered a brownfield site when development began.

To provide access to the new development, several new roadways needed to pass over two creeks slated for restoration. Because restoring the historic flow lines of the creeks was important to the developers, they chose bridges that arched over the brooks with enough room for hiking trails alongside. To prevent erosion around the base of the bridges, wing walls were required.

Redi-Rock wing walls that incorporated 20 percent fly ash recycled content were incorporated into the project to help achieve green goals and to prevent erosion around the base of the bridges. Fly ash is a by-product of coal-burning power plants and can be used as a replacement for Portland cement as a binding and hardening agent. Choosing products like precast concrete that incorporate recycled materials or industrial by-products is a great way to achieve sustainability in a project. Precast concrete can also be recycled as road base or shoreline protection at the end of its usable life.

Tying it all together.

Choosing products and solutions that embrace the basics of reducing, re-using and recycling can give projects an edge. Products don’t necessarily have to be labeled sustainable to help a project obtain green goals; they simply need to help the project reduce, re-use or recycle in some way. What creative ways have you used products to make projects more sustainable?