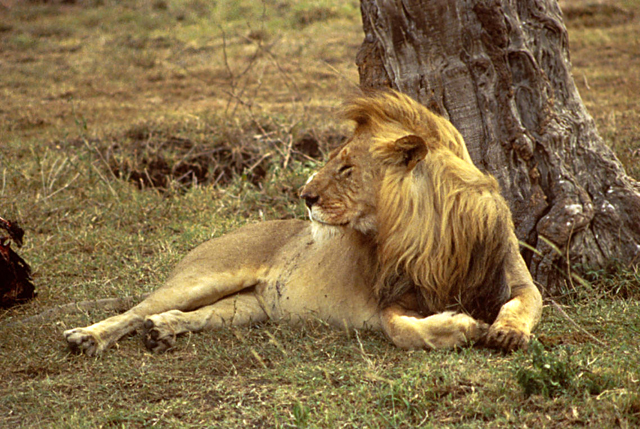 The African Lion: Dinner or Endangered?

Eeven while the African lion is under review by the US Fish and Wildlife Service (FSW) with regard to a possible listing status under the Endangered Species Act, the king of the jungle is becoming relegated to a royal feast.  Lion meat, easily accessible in the United States, is sold on various exotic meat websites and, recently, has been offered on menus at restaurants across the country.  Since neither restaurants nor online meat suppliers raise or slaughter African lions, what is the origin of lion meat in the United States?  The sites claim the meat comes from an elusive “free-range” lion farm in Illinois or, sometimes, a farm in the western United States.  But, investigations have shown that no such farm exists.

A recent study published in Gastronomica:  The Journal of Food and Culture, investigated the source of lion meat from these different sites.  Inquiries to determine the supplier of lion meat in the United States continually led back to the same source:  Czimer’s Game and Seafood, a butcher shop in Illinois.  Inquiries by the International Fund for Animal Welfare (IFAW) have led to the same findings.  In the late 1990s, a federal investigation by FWS, called “Operation Snowplow,” uncovered a criminal organization that transported, killed, skinned and sold lions as well as tigers and other endangered big cats.  This investigation lasted more than six years and led to the imprisonment of the man who operated Czimer’s. 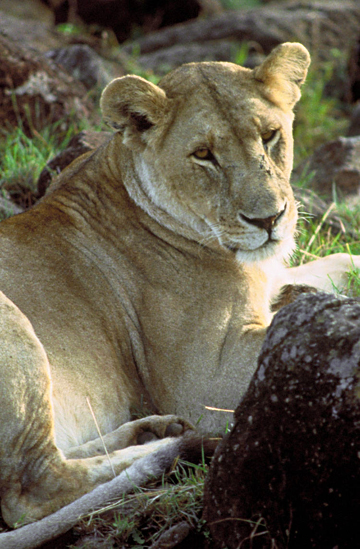 Image courtesy USFWS | African lioness. Because the African lion is not currently listed as an endangered species under the Endangered Species Act, selling and eating lion meat is not illegal.

Despite the success of Operation Snowplow, as well as efforts by animal welfare groups, sale of lion meat continues today.  To make matters worse, despite many of the outlets’ claims that lion meat is government-certified, no government agency responsible for food safety and regulations can verify this claim.  Neither the Food and Drug Administration (FDA) nor the US Department of Agriculture (USDA) believes it is liable for inspecting lion meat. The USDA states that it does not inspect lions bred for meat; instead, that job belongs to the FDA.  During an interview on “Living on Earth,” Scott J. MacIntire, FDA’s Chicago director, was asked about the FDA’s jurisdiction over a live lion being raised for meat.  His response: “That’s a good question. (Laughs).  I would hesitate to commit one way or the other.”  With no federal agency claiming responsibility, the safety of the lion meat market is dubious at best, which makes it even more worrisome that more restaurants have been offering lion meat on their menus.  Recently, restaurants in Virginia; Arizona; Washington, DC; Chicago; Kansas; Florida; California and New York have either served or hinted at including some form of lion meat on their menus.

For decades, Serbian Crown Restaurant in Great Falls, Virginia, was known for its “Scaloppine of Lion.”  In June 2010, Il Vinaio in Mesa, Arizona, purchased 10 pounds of lion meat for a $21 burger honoring the 2010 World Cup in South Africa.  In February 2011, Boca Tacos y Tequila in neighboring Tucson, Arizona, planned to feature a lion meat taco for $8.75 on their “Exotic Taco Wednesday” menu. Then in July, Thunder Burger in Washington, DC, stated they planned to add a lion meat burger to their “Wild Wednesdays” promotion, which features different wild game each week.  The next month, in New York City, The Burger Guru hinted that they would be serving “Mystery (Roaaaarrrr) Sliders with fries” for a meeting of the Gastronauts supper club.  A year later, Taste and See Restaurant in Wichita, Kansas, planned to feature several courses of exotic meats, including lion, kangaroo, alpaca, crocodile and water buffalo at a $160 per person exotic game dinner.  On October 12, Dave’s Pizza and Burger just outside of Albany, New York, planned to serve exotic meat burgers, including lion, camel, armadillo, python, goat, rabbit, rattlesnake, elk, venison, ostrich, kangaroo and llama.  Early 2013, Taco Fusion in Tampa, Florida, and Mokutanya Yakitori Restaurant in Burlingame, California, planned to serve lion tacos.

Following intense public outcry, all of these restaurants, except The Burger Guru, removed lion meat from their menus.  They found no US appetite for serving this iconic big cat.  In fact, a recent poll by Synovate confirmed that 63 percent of Americans would no longer frequent an establishment if it served lion meat.  Because the African lion is not currently listed as an endangered species under the Endangered Species Act, selling and eating lion meat is not illegal.  However, given its drastic decline, it is important to think about the future of a species threatened with endangerment before it is consumed. 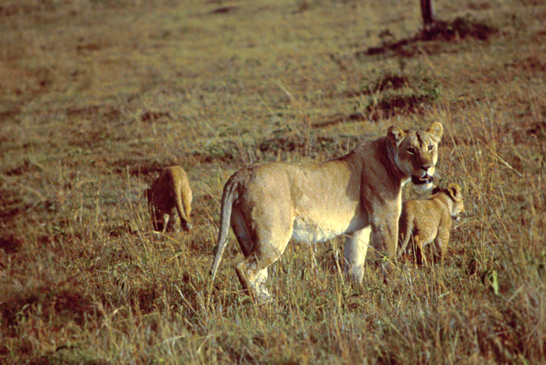 The population of African lions in the wild has dropped by nearly 50 percent throughout the last three decades, and as few as 32,000 lions remain in the wild.  Pressures on their survival include habitat loss, retaliatory killings and unsustainable trophy hunting by foreigners.  Sadly, Americans bear a disproportionate responsibility for the trophy hunting threat as they import more than one-half of all lion trophies globally.  In response to this dramatic decline, IFAW and a coalition of animal welfare organizations petitioned the US government to list the African lion as an endangered species under the US Endangered Species Act.  If listed, lion trophies would generally be banned from being imported into the country, and serving lion meat in the United States would be illegal.

Even though lions are increasingly imperiled in their home ranges in Africa, many Americans are unaware of the species’ plight.  As John Platt noted in Scientific American, “People see lions on television and in zoos and assume that the cats must be doing well in the wild.  Events like these short-term lion meat sales compound the problem.”  Lions deserve a break from threats in the wild and a break from menus in the States.  An Endangered listing will provide both.

ccarson@ifaw.org
Jeff Flocken, JD and North American regional director, International Fund for Animal Welfare (IFAW), leads a team of legislative professionals advocating for US policy initiatives on wildlife conservation and animal welfare. His work addresses improving government involvement with wildlife conservation and animal welfare issues within the United States and internationally. Flocken has testified before the US Congress regarding polar bear legislation and was a member of the team of non-governmental organizations that wrote the technical petition to the US Secretary of the Interior to list the African lion under the Endangered Species Act. Flocken is co-founder and co-chair of Emerging Wildlife Conservation Leaders, which provides training and mentoring to up-and-coming conservationists. His book, Wildlife Heroes, co-authored by Julie Scardina, is available at www.wildlifeheroesorg, Amazon.com, Barnes & Noble and IndieBound. Previously, Flocken was International Affairs Specialist, US Fish and Wildlife Service Division of International Conservation; Director of Education, Policy and Outreach, Conservation International; and Manager and creator of the Keep the Wild Alive National Endangered Species Campaign, National Wildlife Federation. He has a BA from University of Michigan and a JD from Wayne State University School of Law. Flocken can be reached through Cynthia Carson, IFAW Communications Officer, in Washington, DC, at +1 (202) 536 1921 or ccarson@ifaw.org.