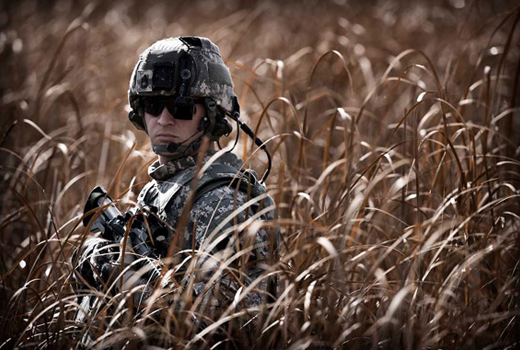 As seasoned Veteran and Retirees, we have a moral obligation to aid those that follow. Just as we did yesterday while in uniform, today, we must remain watchful of the weary; we must lend the attentive ear to those reaching out; we must check in on those with absent faces, and above all, we must encourage while acting with care. Education, training and operational experiences have taught us that we can make it through the difficult days, but can our younger veterans survive long after the periods of extreme stress associated with combat and combat support operations? Will their children know them and cheerfully address them as mom or dad? Will families stay together and grow even closer during the next 20 years? This is the problem that walks the darkened halls for more than 500,000 veterans (active and retired), who were diagnosed with some form of depression, post traumatic stress disorder or traumatic brain injury within the past 10 years. We pass many everyday who are knowingly suffering – silently. Without saying a word, not even an effortless greeting, we walk on by.

In a moment of reflection, I scanned over my first tour of combat while assigned to Operational Detachment Alfa (ODA) 523 of the 5th Special Forces Group (Airborne) during the first Gulf War. In comparison to the lessons that followed or what today’s active force face, it was an introductory course on the effects of war. In 1993 while serving in the troubled Republic of Somalia, I gained invaluable experience that hardened throughout the next 17 years of active service. The pictures reflected famine and war; while balancing both, I knew there were no winners, just mission success. I wrote of a significant event that captured failed leadership, mismanaged resources and disregard for life – not only ours but their own. Little did I know that my writings were my way of coping, my way of reasoning, as I wrestled with truths. And it impacted my view of responsibility towards those I am charged to train, lead, manage and support. Bareness flows from my depressive clip of an empty bowl that I keep.

As noted, this tour of duty shaped my outlook on training, operations and life in general, but it took years to understand the tolling effect that it had on my interaction with people. Just one aspect of the tour had an effect that impacted my social life, including family interactions. Anxiety stirred within me upon hearing a baby cry; uneasiness settled in when I witnessed a child being scorned, and I grew critical of my ability to aid adults that sit in idleness. When my children were small, I did not regularly spank them. Instead, I told them a long story of why they must perform correctly because I did not want to hear them cry. “Constructive coaching” is a better term. I guess the stories worked because as adults they still remember the stories, and they have adopted this form of coaching verses. However, when I see a young soldier (or parent in general) publically yell at their child for something so basic as pulling a toy out of his pocket while in the bank line, I tense up, wanting to approach them and inquire why. 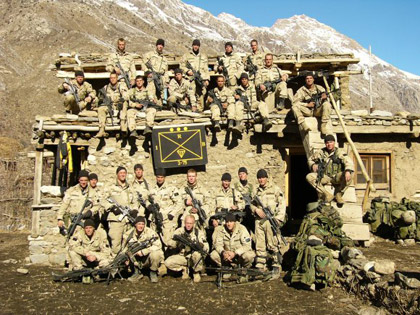 The questions remain as fresh for me as for many others: How can I help those that seem to undercut our efforts? How can I reach out only to be fired upon or at best deceived? How can I provide resource relief that will be distributed by the local leadership unequally, if distributed at all? I, as many others, wrestle with what we witnessed during operations only to find our own truths. For extended periods, all can go well, appearing normal. Then again, a single event can trigger an undetected storm. This storm is immune to Zoloft and other means of prescription drugs because the triggers linger, and its effects spill over into areas of life that only those affected can see.

Today’s graduating class of seemingly normal veterans deals with special issues. Many are already being drained with no refueling point in site or means to refresh mentally. For others, the spillover can be delayed for months or even years. The system is, at best, strained. This is especially true when combined with the fact that the proper documentation required for calculating a starting point and system of measurement is lost due to lack of dedicated personnel to encourage veterans to admit their problems by seeking medical help. This results from extended periods of war, sparring clans, factions-in-fighting and nation building.

While families pray for a unified tomorrow, this silent killer creeps into the homes of more than 70 percent of Iraq and Afghanistan war veterans. The tossing and turning, lack of sleep and social drinking goes unnoted. The question I pose is how do we teach our veterans to fill the void with something of substance when images of yesterday are continually served? Still crying, hiding the pain, sometimes lying, just to get by. Twin photos are shown, but it is only a façade of the genuineness as indicated in the below excerpt I offer as a special tribute to those who served, just to underscore the unvoiced affliction.

Bullets flying about and operators set up for a kill; Once simulated through video games, for you, the voices are real; Your finger slides up the trigger, you hold him in your sights; The adrenaline builds without question, before you silence a life. You see a target that takes aim at you, destruction, it must be; You squeeze the trigger in the split second, and his soul, you set free; To some you are a hero, your pictures adorn the press; At night when you are alone, there is a mental game of chess. Sometimes you lie and wonder about your comrades and those who are gone; Those that left families to grieve and those that died alone; You replay the script while helping others, you are conscious of depressive prompts; You remain guarded with tranquility and hope, as your mind seeks a means to cope.

As a new group of service members joins the ranks of veterans daily, the individual search for emotional significance increases. This in itself can have devastating effects on individuals and families, if it goes unnoticed. Just as I held momentous events (mentally), so will others. And, during the transition (psychologically, physically or a combination thereof), the psychosomatic pictures of contributions and actions flicker across every veteran’s mind. Some use it to justifying the desire to retire; others use it as old charcoal to smear lines toward future worthiness in society.

I looked back on the many deployments to the Middle East and the Horn of Africa – the challenges, closeness of my team, absence of family, extended periods of loneliness and the few smiles. For many veterans, this would all vanish – forever. However, for others, it was a new chapter along a weeded path. With families and friends drifting apart, acceptance facilitates the corner of internal isolation in a time of doubt. Personally, my knees ache all the time. Sharp pain and constant headaches (especially when exposed to the sun or loud noise), a numbness and tingling sensation in the right arm, crazy dreams, outbursts of anxiety and nightly sweats give little relief, but I manage to hide the outward feelings. Socially withdrawn is becoming the norm as I sought and continue to seek medical help with limited results. Just short of giving up, I convinced myself that some medical staffs were overworked, hardened by years of exposure to hurting people, and would do little to heal my pains. Therefore, I wrestled with “why live.” I entertained thoughts of death as relief. More and more, I stayed indoors with the blinds closed, drapes drawn and in seclusion. For a while, I cared little about work or making money. However, I knew I had to stay busy because I had no real habits to fill the voids so, by default, I chose to become a workaholic. The injections in my knees are still a high point in my life as my tolerance for stronger medication grows with the regular visits to the doctor.

The redeeming feature for me and countless other veterans is embracing the concept of choice. Electing to be a difference-maker in the lives of others as a means of dealing with self is today’s beauty. Choosing not to be around negative people, to engage in any negative dialogue or watch anything with negative undertones – including the news – creates inner peace. Seeking laughter by occasionally talking to self in some creative form or encouraging others to write intensely, as we struggle to maintain, is strength. A new kind of worship while reaching for an assortment of spiritual relief.

In moments of despair, I continually embrace the idea of having much to give to some young person – somewhere. Although at times I wrestle with the demons of sadness and have a desire to retreat, I remain focused on being of value and elevating growth as well as bringing respite to others. I continue to use my passion of being future-focused through motivational speaking with the goals of educating and inspiring as a means of healing. However, it is not with sob stories that would drag others into misery. I thrive on the idea of thought-provoking enthusiasm that highlights the impact of recognizing one’s gifts and leveraging the experiences of life’s lessons. The key to dealing with this struggle, in addition to medical help, is to focus on doing something that is positive in nature and of personal (emotional) wealth. 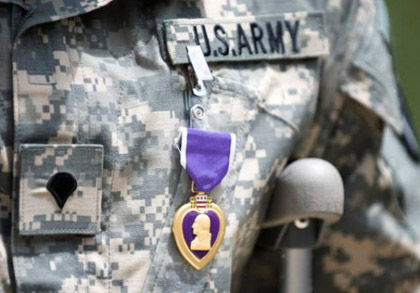 From my travels, daily observations of existing aches within communities, constant communication with veterans as well as their families, I see that current actions fall short in recognizing and treating our veterans. Additional training and resources to identify and then treat mental health and assorted substance abuse must be allocated at the local levels. Service centers for veterans and families must be established, fully funded, and maintained. The Veteran Administration must not be a hurdle, and the under rating of veteran’s disabilities must cease to exist. No veteran should have to endure the fight for documentation of his condition by the Veteran’s Administration.

With a disturbing increase of more than 1,000 veteran (active and recently retired service members) suicides since 2005, a forever-growing number of disengaged, the roughly 60,000 homeless and a rapid rise of unemployed veterans, I am convinced that every veteran must reach out to another. The Veteran Administration’s National Center for PTSD at http://www.ptsd.va.gov/index.asp is a good point for those with family members and friends showing signs of distress. As veterans, we must work to bring urgent attention to the policy makers at the local and state levels so centers can be properly resourced with counselors and administrative assistance. Equally, we must attend sessions geared towards experience sharing on coping, and we must actively participate in the process of healing, for our mission continues.

joe@shakeenab.com
Joe Shakeenab is a Retired United States Army Special Forces Chief Warrant Officer. He currently works as a federal contractor to train and to advise the Foreign Language Directors in the U.S. Special Operations Command. Shakeenab is also the author of two books of personal reflections. Somalia: Moments of Visions and Voices is about his Special Forces tour in Somalia during Operation Restore Hope and Operation Continue Hope. A Widow’s Son: Philosophical Enlightenment is an inviting book of inspirational poetry illustrating the physical, moral and spiritual journey of his fatherless life, which he has grown to understand. For more information on either book, go to shakeenab.com or Amazon. Contact Shakeenab at 931-436-6464 or joe@shakeenab.com.