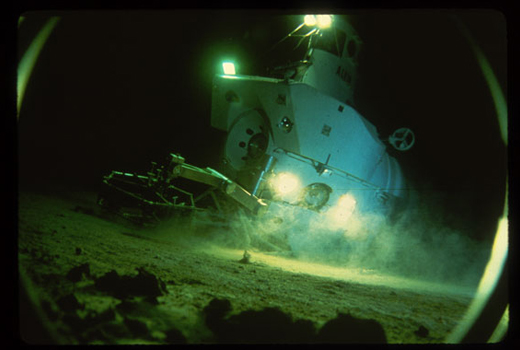 The Payoff from Basic Research

I’ve spent 37 years in the Navy and another 20 at Woods Hole Oceanographic Institution (WHOI) thus far. In the Navy, most of my work was in Anti-submarine Warfare (ASW) during which I learned that locating submerged submarines is extremely difficult because it’s so hard to “see” below the waves. Inevitably that led to my involvement in ASW Research and Development (R&D) and Science and Technology (S&T). Here at WHOI, we are at the center of a great deal of oceanographic research, both Navy related and not. Always there are questions about the payoff of research, which leads me to this op-ed.

In the mid-1930s, a young physicist named W. Maurice Ewing sent letters to several oil companies. He asked them to “support a modest program of research” to see whether the seismic methods Ewing was pioneering on land could be adapted to investigate the completely unknown geology of the seafloor.

“This proposal received no support whatever. I was told that work out in the ocean could not possibly be of interest to the shareholder and could not rightfully receive one nickel of the shareholder’s money,” Ewing later wrote.

However, Ewing did get a $2,000 grant from the Geological Society of America. In 1936 aboard Atlantis, the research vessel of Woods Hole Oceanographic Institution (WHOI), he and a handful of students – none of them geologists – began experiments that no one had ever imagined, let alone performed. They used explosions to generate sound waves to probe the structure of the seafloor.

To Ewing, the ocean was annoyingly in the way – that “murky mist that keeps me from seeing the bottom,” he called it. Still, to reach their target, they had to learn how sound propagated through seawater. What they discovered was profound and unexpected: Temperature, density and salinity differences in the ocean caused sound waves from a surface source, like a ship’s sonar, to diverge with some bending back toward the surface and others bending down toward the deep. In between lay a “shadow zone” where sound waves did not travel. Illustrating the serendipitous aspect of basic research, Ewing and J. Lamar Worzel, in their quest to explore the sea floor (benthos) using sound waves, had discovered long range sound propagation paths in the water column that would be useful to submarine operations and ASW. It was enabling knowledge from basic research with extraordinarily far reaching impact on naval operations. 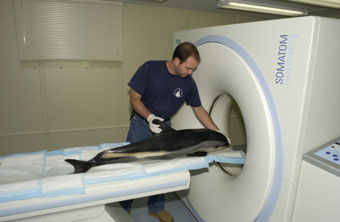 |When issues arose concerning Navy ASW active sonar effects on marine mammals, Navy turned to academia to answer questions on their physiology and ecologies. This has informed policy, which has benefited both government and marine mammals.

With the clouds of war looming in both the East and the West in those days, discovery of these acoustic phenomenon were not without utility. “We instantly realized the practical value of this discovery,” wrote Worzel, a student at the time who went on to become a pillar in this new field of geophysics.

Submarines could use shadow zones to escape detection by sonar and, conversely, Anti-submarine (ASW) forces could use that same information to enhance sonar performance. Ewing and another student, Allyn Vine, built instruments (bathythermographs [BTs]) to quickly measure temperature versus depth and trained Sailors to use them to exploit shadow zones. That changed diving from an art to a science and saved countless lives and subs during World War II and afterward. (More about Vine later.)

These scientists’ seismic forays soon also led them to the SOund Fixing And Range (SOFAR) channel, a layer of water in the ocean that acts like a pipeline for efficiently transmitting low-frequency sound over vast distances. The discovery formed the basis for the Navy’s highly successful underwater surveillance systems and ASW operations, which established a powerful deterrent that helped keep the Cold War from becoming hot.

The history of science abounds with similar stories of basic research opening the door to technological breakthroughs. Today’s routine use of lasers in medicine, weapons and industry was undergirded by decades of basic research in physics. There’s a straight line from physicists in the 1930s studying magnetic resonance of atoms to atomic clocks and the GPS now in your car and everywhere. 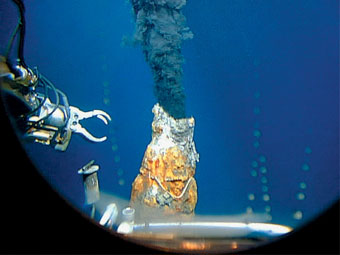 There’s ample evidence, even agreement, that basic research generates technological progress that helps meet society’s defense, economic, health and other needs. So it’s curious how that solid support reverts back to a vague leap of faith when people are asked to make a down payment for the work.

It’s the age-old tension between basic versus applied research, which Vannevar Bush, director of the Office of Scientific Research and Development during World War II, confronted as he sought to sustain the magnificent investment our country made in basic science during the war and transition it to peacetime. A 1952 report from the newly minted National Science Foundation put it somewhat poetically: “Basic research, directed simply toward more complete understanding of nature and its laws, embarks upon the unknown, [enlarging] the realm of the possible.” The aim of applied research, it said, “is to convert the possible into the actual.”

Nevertheless, we wage a continual battle to remind ourselves that basic and applied research are part of a continuous spectrum. In 2009, JASON, the independent group of eminent scientists that advise the U.S. government on science and technology matters, issued a report evaluating the health of the overall science and technology capability of the Department of Defense. The report highlighted what it calls “two common fallacies about basic research.”

The first is that investment in basic research represents a risky, long-shot bet because its payoffs are not immediate or predictable. “The second fallacy,” the report said, “is simply stated as ‘Let someone else pay for basic research and we’ll just reap the rewards.’”

To these arguments, the JASON report replied: “Basic research is almost always long-term, with a measure of reliance on serendipity.” Long shots do come in, offering breakthroughs that were never envisioned and providing “insurance against worst-case technical surprise” – which could come in the form of military, economic or environmental threats.

The JASON report goes on to say, “First-mover advantages in taking basic research to application are real and many – the people involved have experience that is not easily purchased, physical proximity of the basic and applied work aids the application and a culture of discovery broadly begets further innovation.” 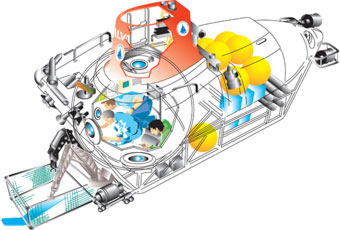 The culture of discovery blazed by Ewing, Henry Bigelow at WHOI, Roger Revelle at Scripps Institution of Oceanography, and other pioneering giants in oceanography blossomed and bore amazing fruit. Allyn Vine, who had worked so closely with the Navy on BTs, later pioneered the use of deep-diving research submersibles, including WHOI’s Alvin, which was named after him. Alvin and subsequent deep-submergence technology led to the discovery of seafloor hydrothermal vents surrounded by huge colonies of life that thrived not via photosynthesis but chemosynthesis. The finding completely rearranged our conception of where and how life can exist on this planet and elsewhere in the universe.

Meanwhile, the unifying theory of plate tectonics revolutionized our understanding of continents, oceans, earthquakes, volcanoes, tsunamis and a host of other geological phenomena – including significant oil reservoirs beneath the seafloor like Deepwater Horizon in the Gulf of Mexico. As happens in the academic world, scientists demanded more data, more tools to examine and to sample those phenomena and critters so deep the in the sea. They wanted to measure temperatures, chemical contents, biota, flow rates, biological distribution mechanisms; they wanted to take quantified videos and photos and other data across the electro-magnetic and chemical spectra.

The technical community working closely with the deep submergence scientists produced the where with all to take those measurements. The tools and methods developed were used for science and also for forensic survey at wreck sites and to recover lost hardware such as the nuclear weapon in the Mediterranean Sea. Many of these technological developments have been spun-off and/or adapted to applied use.

More recently, because of the huge Gulf of Mexico oil spill, those “basic research” tools were called into service. The oil and gas from the blown-out wellhead gushed out more than 5,000 feet beneath the sea surface. These depths were at the fringe of the experience of the “oilpatch” and governmental agencies. They turned to the basic research community for help and advice. Suddenly, the tools and expertise developed to explore the deep came into use:

Here’s another line from the JASON report for the Department of Defense: “Technology does not spring into life spontaneously – it begins with a firm foundation of the scientific understanding of natural phenomena.” It continues with an investment in scientists and engineers, driven by intense curiosity, pushing the boundaries of their fields. In an era fixated on the bottom line and obvious short-term payoffs, we must never lose sight of that. That’s an even riskier bet.

It’s the people, stupid, to borrow a phrase from the past.

Or, as WHOI’s President Dr. Susan Avery said recently, “The most essential quality of basic research is that it is an investment in people working at the cutting edge of science and technology on nationally relevant problems. Working at that edge inevitably means risk, which often results in high payoff in the greater capability of the products produced. As important, however, is that the process builds a cadre of scientists and engineers who understand the environment, the customers (Navy, Industry and Science) and the state of the art. This constitutes a rich resource critical to solving emergent problems.” 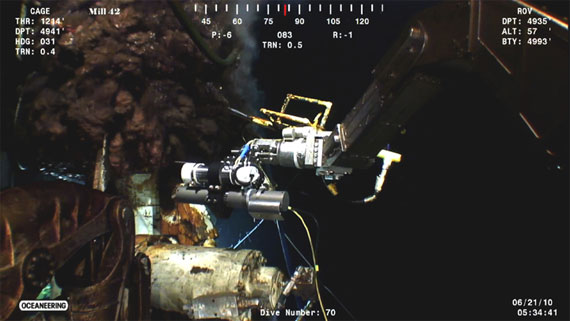 |This is an image of the BP underwater blowout. The tools and methods of science related to the phenomenon of hydrothermal vents were most useful in understanding the BP spill.