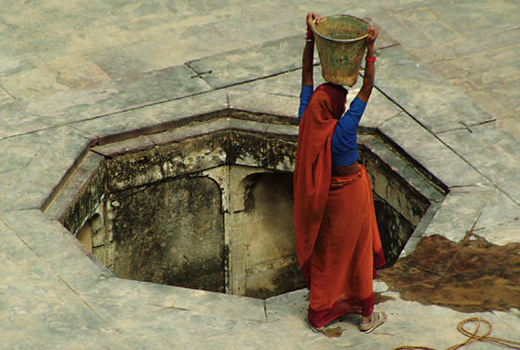 The Terrible Truth about Arsenic

by -- August 13, 2008 Comments Off on The Terrible Truth about Arsenic  Departments, Human Ecology
“Bangladesh is grappling with the largest mass poisoning of a population in history. . . the scale of this environmental disaster is greater than any seen before,” stated Dr. Allan H. Smith, renowned scientist, advisor to the World Health Organization (WHO) and a University of California at Berkeley professor of epidemiology.

Dr. Richard Wilson, Harvard University Mallinckrodt Research Professor of Physics, calls the disaster “the largest identified man-made environmental catastrophe.” At the United Kingdom’s annual conference of the Royal Geographical Society in August 2007, both Wilson and Dr. Peter Ravenscroft, another distinguished British researcher who worked in Bangladesh for more than a decade, warned the world: We face a serious health threat because of arsenic in drinking water. Ravenscroft said arsenic-laced drinking water threatens 137 million people in 70 countries and it poses longterm health risks “exceeding every other potential water contaminant.”

Smith continued: “Most countries have some water sources with dangerous levels of arsenic, but only now are we beginning to recognize the magnitude of the problem. It is the most dangerous contaminant of drinking water in terms of long-term health risks, and we must test all water sources worldwide as soon as possible.” Even Pope Benedict, worried about the world’s water quality, recognized this danger in the Sept. 27, 2007, Vatican Letter.

According to Wilson’s August ’07 Royal Geographical Society paper: “In Bangladesh at the turn of this century, there were 60 million people who were drinking water with arsenic levels higher than the U.S. Environmental Protection Agency (EPA) standard (which is 10 parts per billion). . . As a result, many people developed dyspigmentation, keratoses (excessive growth of horny tissue of the skin) and skin cancers. If villagers walk on feet with keratoses, they develop gangrene and a foot has to be removed. Internal cancers, bladder, kidney and lung cancers are anticipated in due course. Estimates vary, but over a million people will have adverse health symptoms before the problem is solved; and between 100,000 and 1,000,000 will die. This exceeds by over tenfold the Chernobyl catastrophe, where less than 100 died outright and 1,200 children developed thyroid cancer, of which only 20 have proven fatal. Calculations predict that there will be 5,000 fatal cancers from Chernobyl in Belarus, Ukraine and Russia and perhaps 20,000 worldwide. When other regions, such as West Bengal, Bihar and Nepal, etc. are added into the arsenic poisoning equation, the comparison is even more dramatic.”

According to Wilson, “The Bangladesh catastrophe need not have happened and can, therefore, be called man-made as much as Chernobyl.” Lying in the deltaic region of the Ganges and Brahamaputra rivers, Bangladesh is frequently ravaged by floods from these two rivers and by cyclones from the Bay of Bengal. Within 52,000 square miles, about the size of Louisiana, is one of the most densely populated areas of the world; about 2,308 people live in each square mile. This is also one of the poorest countries with a per capita GNP of $470 in 2005, compared to a per capita GNP of $43,740 in the United States during the same period. The country’s people face further miseries from the unhygienic, dirty, bacteria-contaminated surface water they drink as it causes epidemic diarrhea, cholera and other health problems.

Ironically, to provide clean water to Bangladeshis, millions of ground water wells, called “tube wells,” were installed in the 1970s and 1980s with the recommendation of world agencies, the World Bank and the British Geological Survey. It seemed simpler than treatment of surface waters, mostly with chlorine, as practiced for the last 150 years in the developed world. Apparently the well water looked clean; but, in most cases, it contained the invisible, odorless poison: arsenic. After consuming this water for more than a decade, thousands started exhibiting symptoms of arsenic poisoning. Groundwater contamination was first detected in West Bengal some 25 years ago, but not until 1993 in Bangladesh in the northeastern part of the country, according to the Bangladeshi Department of Public Health Engineering, a federal agency. Wilson explained: “Ten million tube wells had been dug before there were serious searches for arsenic. . . . The world toxicology community was silent while the wells were being dug. To their credit, the World Bank, UNICEF and the British Government have reacted positively to help. I call upon the whole world scientific community to help also.”

In response to this horrific tragedy, both UNICEF and the World Bank are playing leading roles in Bangladesh’s “arsenic mitigation” programs. Non-governmental organization projects reach about 75 percent of villages, or a quarter of the population, and foreign donors are spending several million dollars annually on “arsenic mitigation” projects. Existence of these extensive networks, with their close links to donors, has helped expand mitigation efforts and to raise public awareness about arsenic poisoning dangers. 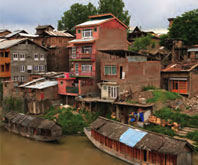 Arsenic is a notoriously toxic, odorless and tasteless semi-metal. It was thought to be harmless or, ironically, helpful in low and intermediate doses; therefore, it was used medicinally from the late 1700s through the mid-1970s. It was also used profusely in agriculture. Negative, traceable health effects began to appear as early as the late 1800s in vineyard workers and in other farmers until the EPA proposed a 1980 modification of the arsenic standard, according to Wilson. He posits that health standards weren’t changed earlier because no ill effects were ever found in studies on rats, mice, dogs or chickens. In fact, dogs thrived on arsenic.

Naturally occurring arsenic enters drinking water primarily through mine flooding, dust, insecticides, pesticides, industrial waste dumps and leaching of natural arsenic from the earth’s crust. In fact, the United States has a two centuries-old history of miners’ and other industrial workers’ becoming ill and dying from arsenic exposure before changes were instituted. In the deltaic regions of Bangladesh and West Bengal and in other river beds of the world, it is mostly this natural arsenic from the earth’s crust that poisons water. Water wells not only bring water up but also arsenic in the water. When people ingest water with high levels of arsenic for a long period, arsenic poisoning symptoms such as skin lesions, numbness and fatigue appear.

Within the United States, the U.S. Geological Survey (USGS) has “developed maps that show where and to what extent arsenic occurs in groundwater across the country. Current maps are based on samples from 31,350 wells. Widespread high concentrations of arsenic were found in the West, the Midwest and the Northeast.” To check out the arsenic levels in any given area, please go to http://water.usgs.gov/nawqa/trace/arsenic. The arsenic problem is not limited to Bangladesh and to the United States but includes other parts of the world. According to Royal Geographical Society presentations last year, high arsenic levels in drinking water exist in Inner Mongolia, China, Thailand, Cambodia, Myanmar, Northern Chile, Peru, the Andean Highland of Bolivia, Nicaragua and Mexico.

Arsenic enters drinking water supplies in another intentional way – through public water systems. It is used as an additive to reduce the risk of microbial and chemical contamination in the water supply. The standard for arsenic in drinking water was 50 parts per billion (ppb); that remained unchanged from 1942 through January 23, 2006, although WHO changed the standard to 10 ppb in 1993, and the European Union changed to 10 ppb in 1998. Many believe that the 10 ppb standard is still too high. For instance, California and New Jersey governments have passed laws putting their limits at 4 ppb and 5 ppb, respectively. Based on the EPA standard of 10 ppb, 4,000 U.S. community water systems, or about 5 percent of the total water supply which serves 13 million people, could require additional treatment. Well water is more likely to have higher levels of arsenic than surface water. It’s estimated that 14 million private wells in the United States don’t meet the EPA standard.

Today one of the main commercial and industrial uses of arsenic compounds is pesticides. In fact, according to Wilson, “20,000 tons a year was imported into the USA, and perhaps double that amount was used to spray on crops in the USA alone. No attention was paid to the ultimate fate of the chemical; and, in consequence, arsenic now appears in the foodstuffs.” Weed killers may also contain arsenic, so be sure to check out the weed killers and pesticides at home and replace them with less-toxic pesticides, such as pyrethrums. 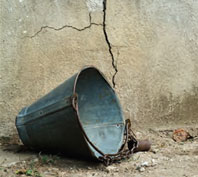 Other sources of non-naturally occurring arsenic include telephone poles, railway ties and any pressure-treated lumber prior to January 1, 2004. In fact, a 2005 study by University of Miami, University of Florida and Florida International University researchers shows that arsenictreated wood has a long toxic legacy. According to the study, as much as 40 percent of wood treated with a preservative called chromate copper arsenate (CCA) “ . . . will leach into the environment over its entire in-service lifespan, which varies from nine to 13 years for products such as decks and is 40 years or more for utility poles. . . . That leaves 60 percent of the arsenic remaining in the wood when it’s discarded, typically in unlined construction and demolition debris landfills.” Arsenic leaching is a serious health risk because it could poison soil and water. In addition, CCA-treated wooden playgrounds and decks, which have been around for more than 20 years, are often major sources of arsenic exposure for children and families. What should people do with existing pressure-treated wooden structures? Test them; replace them; seal them; but don’t burn them. Never burn CCA wood because it creates a highly toxic ash.

The new attention on arsenic poisoning has sparked a consumer boom in the sale of water-testing kits, such as Merck’s EM Quant® Arsenic Test Kit (see Worth Considering). Other producers and online kit sellers include National Safety Products, Inc., WaterFiltersOnline.com, Purewater4U.com and Air & Water, Inc. Price depends mainly upon the number of tests that can be performed per kit. Each state’s health and environmental testing laboratory, county agriculture extension agents and county health departments are possible resources, sometimes even offering free testing services.

To raise public awareness, many federal and state agencies are providing arsenic information through free publications and new websites. Considering the risks that arsenic poses to public health, consumers, no doubt, should test their drinking water and consider purification processes. We need to stop the flow of our world’s “invisible killer” into every home.

To help the poor people of Bangladesh get pure arsenic-free water, please support Richard Wilson’s Arsenic Foundation, Inc., a non-profit 501(c)(3) corporation dedicated to aiding the suffering people. For more information please contact Dr. Wilson directly at wilson5@fas.harvard.edu or go to his website at http://physics.harvard.edu/~wilson/arsenic/Arsenic%20Foundation.html. All gifts are tax-deductible