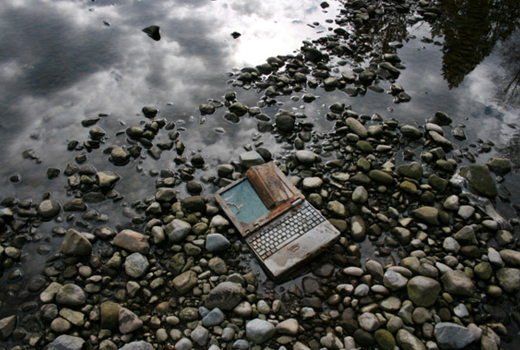 The Truth about eWaste Impacts to Global Health & Safety

by Andrew Dobbs, Program Director, Texas Campaign for the Environment November 1, 2012 Comments Off on The Truth about eWaste Impacts to Global Health & Safety  Columns, Living Green

Stop to think about how many cell phones you have owned throughout the past decade. How many laptops and PCs have you had in the past 20 years? In the past 30 years, have you owned three, five, 10 or more television sets? Now consider all the appliances, handheld devices, game systems and other electronic products. The Environmental Protection Agency (EPA) and U.S. Census figures confirm that every U.S. resident generated an average of 15 pounds of “e-waste” in 2010. Thanks to rapid advances in technology and a marketing drumbeat emphasizing style over safety, electronic waste (e-waste) has become one of the fastest growing types of waste and the largest source of heavy toxins in our landfills. Although electronics are often seen as technology propelling progress, serious environmental health issues are at stake. In fact, electronic waste raises concerns for the future of our land and water in the U.S. and developing countries.

The electronic waste issue highlights concerns for sustainability across the consumer economy, especially since products are designed to be replaced in a few years as opposed to being designed for durability. By contrast, wastefulness used to be seen as sinful at worst and foolish at best. For example, during the Second World War sophisticated scrap gathering operations occurred for the war effort, and mandatory recycling was, in fact, the norm. After the conflict ended, however, a new consumer culture emphasizing convenience and promoting disposability arose. Electronics technologies were particularly prone to this trend as Moore’s Law predicts processing speed doubles about every 18 months. And, sure enough, the average computer is replaced every three to four years. In fact, at least 60 percent of computers end-up in landfills or incinerators and, in some states, this figure is even higher. Disposable design discourages reduction, reuse and recycling and highlights our e-waste problem.

Toxicity of these products is also problematic. An old cathode ray tube (CRT) television or computer monitor contains about four to six pounds of lead and mercury is a necessary element in flat-screen televisions and monitors. Both chemicals have no safe level of exposure to humans, and both are responsible for developmental disorders in children. Other chemicals like toxic flame retardants are used in electronics and persist for years in the environment. They pass from mothers to their nursing children, cause neurological damage and likely raise our risk of cancer. Add to these known threats the potential threats of novel chemical concoctions used in various devices with no knowledge of their safety or potential threat to human lives, and you are left with devices that have no business being in landfills.

Unfortunately, the vast majority end up there anyway. It bears noting that due to transportation difficulties in the pre-auto era, many of our older landfills – hence, the biggest and dirtiest of them – were built next to waterways. 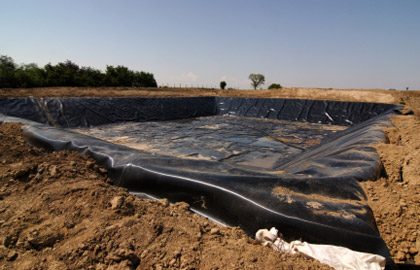 Even landfills designed and built in recent years leak. Liners used to guard against leaks are only a few inches thick and constructed from the same type plastic used to make milk jugs. Every one leaks at some point. Another concern is landfills operating irresponsibly or illegally as environmental law enforcement in such cases is often woefully inadequate. The bottom line is this: When electronics are put into landfills, rainwater passes through them and carries the toxins used in their production into our groundwater, which we ultimately drink, bathe in and use on our food crops. As more and more of our lives are dominated by electronic products, and as the pace of innovation ramps up, ever increasing numbers of these toxic products are discarded into our landfills, thus exposing everyone to harm.

The answer, naturally, is to recycle these products. Not only does this minimize exposure to these poisonous chemicals, it makes sense in terms of resource recovery. A 2009 United Nations study found that one ton of cell phones yields about $15,000 in precious metals, and electronics use about USD$21 billion in gold and silver each year. Ironically, 85 percent of these precious metals end up buried in landfills or burned in incinerators along with other metals and rare earth materials. Recovering these resources and reusing or recycling the materials seems like an obvious policy. But, today the majority of electronics sent for recycling are actually dumped on developing nations overseas.

Although recycling electronics responsibly has the potential to be highly profitable, it also means a large capital investment in facilities that can properly handle these toxic products. And, it means increased labor costs for the jobs this process creates. Therefore, in the absence of any meaningful regulation, exporters have a much lower cost of entry and overhead and, thus, can undercut their competitors when it comes to e-waste recycling. Consequently, they dump broken electronics onto developing countries where they are usually stripped, boiled and burned in a crude process, which poisons land, water and human bodies in Africa, India, China and elsewhere. Products that might have been the source of jobs and wealth in this country are turned into toxic plagues in others.

Solving this problem means establishing responsibility by ensuring we no longer subsidize irresponsible disposal of these products. Extended Producer Responsibility (EPR, also called “Producer TakeBack”) means manufacturers ultimately take responsibility for their products’ end-of-life. Externalizing contamination through disposal in public landfills or publicly subsidized incinerators means the market selects for the filthiest option. Establishing legal requirements to compel companies to take their products back for recycling has begun to shift the market towards an incentive for responsibility.

As a result, most PC manufacturers will now take their products back for free anywhere in the world while some – most notably Dell Computers – take active steps to partner with retailers to more effectively collect large amounts of their discarded products. This, then, produces pressure to design products that can be recycled easier and inexpensively, often by making them less toxic. A holistic design philosophy is emerging, which does not design for disposal but instead designs to conserve the most resources possible, turning the “waste” of one product generation into “food” for the next. This is the model presented by nature. And while there are still many steps to go, just a little EPR has gone a long way toward making less toxic, less resource-intensive, more responsible products for our future.

Electronics have blessed our lives by making it easier to stay connected, to learn about our world and to organize our enterprises. However, if we do not stop to consider a product’s end-of-life status, then we will continue to turn this blessing into a curse on our land, water and air. Simple, market-based solutions have begun to emerge in this field, and the benefits to our economy are immense. Efforts undertaken by activists and civil society in the realm of e-waste have provided new hope for an economy where resources are conserved, jobs created and our planet protected all at the same time. This is the very definition of sustainability, and on these terms our future can be more wired and healthy at the same time. 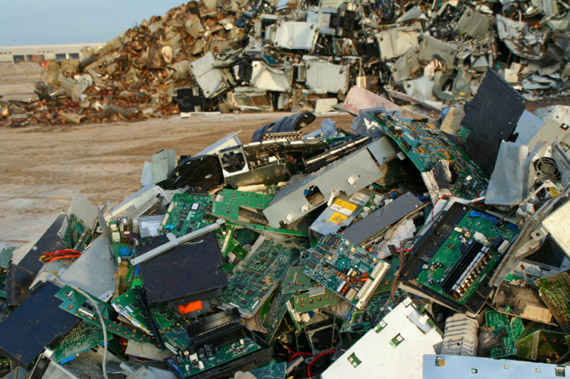 The Texas Campaign for the Environment (TCE) is dedicated to informing and mobilizing Texans to protect the quality of their lives, health, communities and environment. The organization believes people have a right to know and a right to act on issues that fundamentally affect their lives and future generations. TCE, a non-partisan, non-profit citizens’ organization, focuses on local and state issues with award-winning campaigns to protect public health. For more information, go to www.texasenvironment.org.