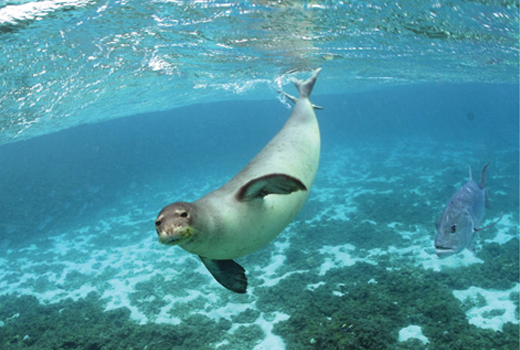 On October 12, 2012, The New York Times published an unattributed editorial in their op-ed section with the headline “Marine Mammals and the Navy’s 5-Year Plan.” This editorial is singularly ill-informed. The misstatements are inflammatory and unnecessarily hazardous to both the Navy’s activities and to the scientific efforts related to monitoring such activities and to understanding the effects of sound from all forms of human activities in the oceans. It is distressing that a publication of the quality of The New York Times would publish an editorial on this topic without seeking review from a professional, reliable resource and, thereby, get the facts right.

In the editorial, The New York Times brings up the concept of “take” but does not explain in any reasonable level of detail that the permitting process recognizes, categorizes and weights differentially “takes” according to severity, thus examining carefully the possibility of an animal actually being significantly disturbed or harmed before providing any permit. The top numbers The New York Times quotes are for the potential for a simple perception of any underwater sound by any animal, one or more times, during the proposed operations. They do not imply, nor should anyone infer, that millions of animals will be harmed by these “exposures.” They are the equivalent of hearing a car pass in the streets. There is no real potential for any significant disturbance to the overwhelming majority of animals in the area, much less injury or death as the editorial suggests.

In truth, it is appropriate for anyone and any organization operating in the oceans to proceed with caution and care. Sonar exercises have, as the public well appreciates, resulted in serious and regrettable disturbances to marine animals. Yes, there have been strandings, and those strandings have resulted in the deaths of some animals. Those are cases that alarm us and which have taught a costly lesson, but it is the responsibility of scientists and journalists alike to keep this in perspective and to report responsibly.

I urge The New York Times to provide counterpoints to its editorial and in the future to temper its first impressions with real facts, thus seeking the information a priori and avoiding such scientific gaffes.

In addition, the signatories below are also concerned that The New York Times editorial “Marine Mammals and the Navy’s 5-Year Plan” published Oct. 12, 2012, conflates exposure to underwater sound with serious, even lethal acoustic impacts. The undersigned, therefore, believe it is critical for both scientists and journalists to report the facts and avoid hyperbole for us to wisely address these concerns.