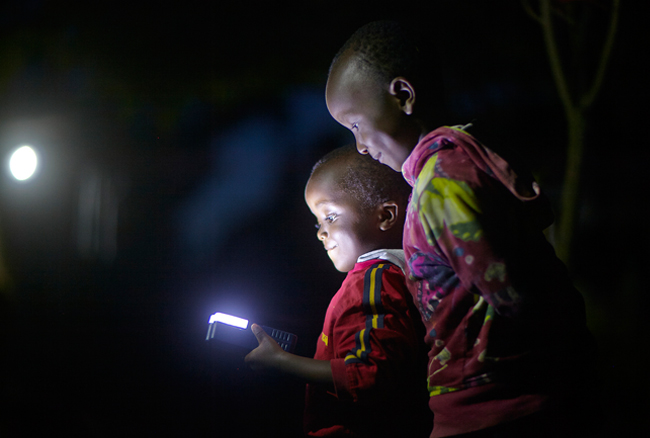 Global changes in temperature and weather, driven by accumulating greenhouse gases (GHG), are beginning to exacerbate food insecurity, displace coastal communities and undermine livelihoods, especially for people in developing countries.  At the same time, within the past two decades millions of people have emerged from poverty in countries like China, Mexico and Brazil, thus spurring dramatic increases in energy consumption.  Escape from poverty is an unquestionable public good, yet it will further exacerbate global climate change.  Researchers from the University of California at Berkeley’s (UC Berkeley) Center for Effective Global Action (CEGA) and Massachusetts Institute of Technology’s (MIT) Abdul Latif Jameel Poverty Action Lab (J-PAL) are working to explore this critical nexus between climate change and economic development.

Developing countries today account for 60 percent of global GHG emissions (IEA 2013).  While industrialized nations like the United States have historically been among the biggest polluters, this trend is rapidly changing.  Scientists predict that the majority of growth in energy demand throughout the next 25 years will come from developing countries, as 1.5 billion households currently living without electricity gain access for the first time (Wolfram, Shelef and Gertler 2012).

Significant efforts, such as pollution audits, subsidies for energy-efficient appliances and cap-and-trade-schemes, are being made to mitigate climate change impacts.  However, these efforts typically target wealthy countries, and they are rarely backed by evidence of effectiveness.  While it is critically important that nations continue to invest in climate change mitigation, they must learn from experiences in the developed world and then adapt the most promising strategies for less developed markets.  For progress to occur, stakeholders must identify technologies and programs that maximize economic growth while minimizing environmental damage. 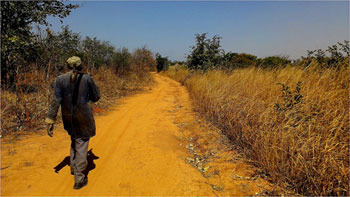 How can people identify the most effective and scalable climate change solutions for developing countries?  In the developing world, socio-political environments are arguably more complex than in industrialized nations.  Corruption, lack of infrastructure, weak rule-of-law and price-distorting policies all contribute to lack of information about true costs of potential solutions to climate change.  As a result, little data exists to guide governments and the private sector in the design of mitigation or adaptation strategies.  Rigorous policy evaluations, especially randomized controlled trials (RCTs), can help researchers identify interventions that provide the greatest return-on-investment for governments, non-governmental organizations (NGOs) and donors.

At the same time, it is not enough to verify what is working and what is not because, unfortunately, no single solution, such as global cap-and-trade, exists.  It is important to understand first how problems associated with climate change differ across regions.  Afterward, in addition to identifying and promoting localized solutions, it then becomes necessary to work out how promising solutions can be adapted and scaled in other areas.  Finally, stakeholders must address and communicate failures so they will not be repeated.  Learning must be used positively to influence policy outcomes throughout the long term.

In late April 2013, researchers from UC Berkeley’s CEGA hosted a symposium exploring this critical nexus between economic development and climate change.  The goal of the event, “Evidence to Action:  Promoting Global Development in a Changing Climate,” was to bring together researchers, practitioners, policymakers and donors to share evidence on climate change impacts in developing countries and effectiveness of various approaches to adaptation and mitigation.  MIT’s J-PAL and the Energy Institute at UC Berkeley’s Haas School of Business co-sponsored the event.

With a combined network of more than 80 faculty affiliates, CEGA and J-PAL use insights and techniques from development economics to design and rigorously evaluate large-scale social and economic development programs.  In the context of climate change and development, these researchers are investigating root causes and resulting impacts of climate change.  This includes:   which mitigation and adaptation strategies actually work, which do not and why; what are the key barriers to adopting clean technology or enforcing pollution controls; and how to take the most effective policies and technologies to scale.

CEGA, J-PAL and other centers for research translation work by identifying critical gaps in knowledge and then funding rigorous impact evaluations to help answer the most pressing questions.  The Centers disseminate resulting evidence and partner with decision-makers to scale-up policies proven effective.  A key strength of this approach is the requisite collaboration with policymakers and practitioners who understand issues on the ground.  Two policymakers – one from Mexico and one from India – presented at the April symposium along with researchers from Berkeley and MIT. 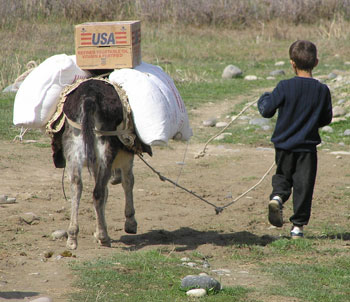 Tom Steyer, noted environmental activist and philanthropist, delivered the keynote lecture, which warned of the grim consequences of climate change for the developing world throughout the next 40 years.  He provided a stirring call-to-action for immediate policy change and adaptation of new technologies to meet growing energy demand.  In addition, Steyer discussed California’s global leadership in promoting new climate change mitigation strategies, highlighting the importance of capturing lessons from governments that have enacted powerful climate change policies.

Berkeley economist Paul Gertler discussed challenges and implications of increased energy demand in the developing world, much of it stemming from poverty alleviation and pro-poor growth.  He emphasized the importance of reliable energy forecasts for planning infrastructure investments, such as new electricity generation capacity.  Gertler also highlighted the need for understanding the cost-benefit ratio of alternative energy in the face of rapid growth in grid connections and for investigating whether it pays to make entry-level appliances more efficient for first-time owners.

Some of the most exciting evidence came from ongoing experiments in climate adaptation.  UC Berkeley economist Elisabeth Sadoulet presented results of an experiment to establish the yield profile of new stress-tolerant rice varieties in Orissa, India, where approximately 30 percent of the cultivated rice area is prone to damage due to prolonged drought and flooding.  Sadoulet’s team determined that a new flood-tolerant seed variety both mitigates climate risk and improves equity within communities by making the poorest, most vulnerable households more resilient.

While adaptation to climate change is often considered separately from mitigation, Paulina Oliva, UC Santa Barbara professor of economics, spoke about a project in Chipata, Zambia, which is investigating effectiveness of economic incentives (known as “payments for ecosystem services” or PES) in improving both environmental remediation and farmer resilience.  In her study, farmers were provided monetary incentives to plant and rear trees that improve soil health and capture carbon dioxide.  Oliva found incentives effective in encouraging adoption, although tree survival (which requires labor and other inputs) is variable.  This research is informing the design of large-scale, public- and private-sector efforts to capture carbon credits through tree planting. 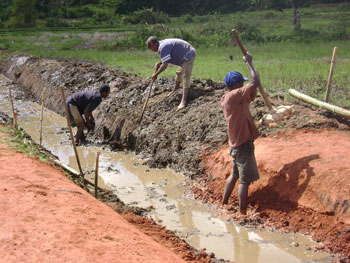 Indeed, innovative, data-driven policy often requires strong leadership from high-level decision-makers.  This was the lesson from a study by MIT economist Michael Greenstone and his colleague Hardik Shah, Member Secretary of the Gujarat Pollution Control Board.  They described an experimental incentive scheme for third-party environmental compliance auditors of industrial plants in Gujarat, India.  While auditors are typically hired directly by plants being inspected, Greenstone and colleagues modified auditor hiring and payment practices.  In a controlled experiment comparing the new auditor scheme to the status quo, research demonstrated improved accuracy in pollution reporting as well as decreased water pollution.  Shah also discussed how the Gujarat Pollution Board has been able to apply this evidence to enact widespread change in the State of Gujarat.

At the leading edge of research on clean tech scale-up, Catherine Wolfram and Eric Brewer discussed an ongoing study to identify innovative solutions for bringing electricity to some of the 1.5 billion people currently living without access.  They presented preliminary work measuring demand for, and impacts of, solar-powered microgrids in India.  This interdisciplinary team is also investigating the impact of grid connection subsidies in Kenya.  Both studies are being carried out with the aid of wireless data collection tools.

The message from the symposium was clear:  First, stakeholders need to identify and further develop policy tools that address climate change at the local level.  Next, they must learn how to adapt and scale the most promising strategies in new communities and contexts.  Stakeholders also need to identify strategies that are not working and disseminate lessons from failures.  This is not the job of academics or NGOs alone.  In order to accelerate spread of impactful ideas, cross pollination between disciplines and sectors is necessary. 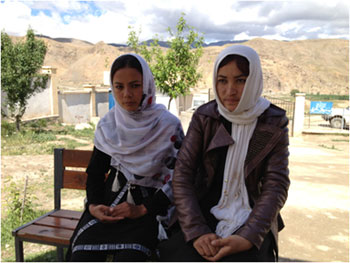 The story of Mexico’s energy efficiency subsidy is a great example.  Currently, at least 10 other countries are considering widespread adoption of a similar policy with the goal of reducing overall emissions. Evidence emerging from Mexico could prove enormously valuable to these countries and potentially spare them from making a misguided investment in subsidies.  Similarly, Greenstone and colleagues have identified a very promising pollution control strategy in Gujarat, India, – incentives for industry auditors.  This approach could be applied in other countries and sectors as well.  Close collaboration of CEGA and J-PAL researchers with policymakers is essential because it facilitates communication and rapid adoption of new evidence.

In coming years, both CEGA and J-PAL will work together to establish a climate research and action network, filling gaps in knowledge about policies and technologies that can efficiently reduce carbon emissions, increase resilience to climate change, and bring benefits of reliable energy to the billions without.  As two of the largest research centers working in global development – with affiliates and partners across multiple disciplines, sectors and geographic regions – CEGA and J-PAL are well-positioned to manage this initiative.

The climate research and action network aims to catalyze a new body of rigorous impact evaluations, which will inform better policy and technological innovation in food security and agriculture, in efficient use of energy and natural resources, and in pollution control and prevention.  The initiative will incentivize both researchers and policy-makers to test promising technologies and policies, and learn how they actually impact climate and community.  The network will share findings from new evaluations with decision-makers in government, NGOs, industry and civil society.  And, it will partner to scale-up policies and technologies that prove cost-effective.

Climate policy must reflect the diversity of ecosystems, communities and resources found throughout the world.  As such, policymakers must support a diverse portfolio of adaptation and mitigation strategies.  Adaptation often takes place at lower levels of governance among individual households and private firms while effective mitigation requires participation of major GHG emitters like industries and governments.  So, while household and firm-level interventions are critically important in the short run, it will be important to prioritize adoption of efficient technologies and practices by industry leaders and the public sector.  Interventions that target multi-national corporations or national governments have potential to affect normative behaviors industry-wide, eventually “trickling down” to lower levels of management and governance. 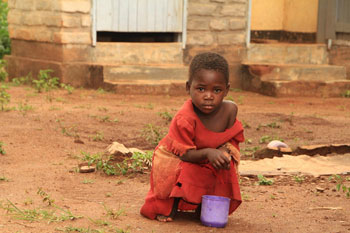 Significant cost synergies exist where adaptation and mitigation overlap.  For example, incentives for adopting solar-powered irrigation may increase yields for smallholder farmers while simultaneously curbing carbon emissions.  Programs for adoption of energy-efficient appliances, if targeted properly, have potential to increase household ability to use power while minimizing over-consumption.  And, by highlighting co-benefits of proven strategies for climate adaptation or mitigation (which can include income generation, efficient labor practices and improved health and schooling outcomes), stakeholders can justify climate interventions along multiple dimensions.  This includes positive impacts on the environment and contributions to human development.  That is a win-win solution for global change. 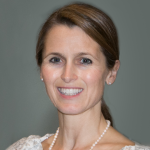 PhD, Flood Foundation Professor at the Haas School of Business and Co-Director of the Energy Institute, UC Berkeley

wolfram@haas.berkeley.edu
Catherine Wolfram, who has an AB in Economics from Harvard and PhD in Economics from MIT, is UC Berkeley’s Flood Foundation Professor of Business Administration at the Haas School of Business and Co-Director of the Energy Institute at Haas. Her research focuses on economics of energy markets, impacts of environmental regulation on energy markets and effects of electricity industry privatization and restructuring around the world.  Wolfram is currently implementing several randomized control trials to evaluate energy efficiency programs. She is a Research Associate at the National Bureau of Economic Research and Member of the National Academy of Sciences Committee on the Effects of Provisions in the Internal Revenue Code on Greenhouse Gas Emissions. For more information on the Energy Institute at Haas, phone 510-642-2588 or go to http://ei.haas.berkeley.edu/.