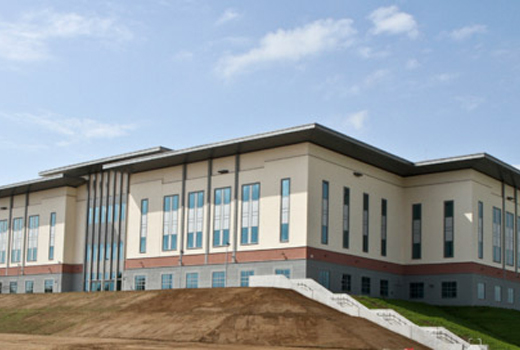 Green has always been a purposeful color in the U.S. Army. Vehicles are painted green; Army combat uniforms are stitched with green thread, and official Army history is captured in the Green Books. Today, Army installations throughout the world are linked through the implementation of green building practices to collectively achieve overarching sustainability goals. As a result of this commitment, the U.S. Army Corps of Engineers (USACE) Europe District earned the first Leadership in Energy and Environmental Design (LEED) Silver certification of a U.S. facility in Germany in June 2012 for the District’s U.S. Army Europe headquarters project. They also earned the first German Passivhaus Institut (PHI) certification for their Urlas townhouses in Ansbach.

“The Shalikashvili Mission Command Center is a benchmark project, and it symbolizes the transformation of U.S. Army Europe and innovation by the U.S. Army Corps of Engineers,” said Col. D. Peter Helmlinger, Europe District commander. “The newly built Shali MCC demonstrates engineering innovation, value and commitment to energy and environmental sustainability. It is fitting that the Shali MCC will serve as the new USAREUR headquarters, is the first LEED Silver certified building for U.S. forces in Germany and USACE’s first international LEED Silver certified building.”

The Shali MCC achieved LEED certification for energy use, lighting, water and material use as well as for incorporating a variety of other sustainable strategies. By using fewer natural resources, LEED certified buildings, like the Shali MCC, save the U.S. Army and the U.S. taxpayers money.

“The U.S. Army uses LEED as a standard to evaluate overall building sustainability and to provide a better working environment for the people inside the buildings,” said Rich Gifaldi, district sustainability engineering manager. “LEED is an efficient tool to measure how well sustainability goals are met.”

USACE is committed to assisting the U.S. Army and all of its partners in reaching environmental sustainability goals through tools like LEED certification. “We strive to be good stewards of our precious natural resources,” explained Gifaldi. 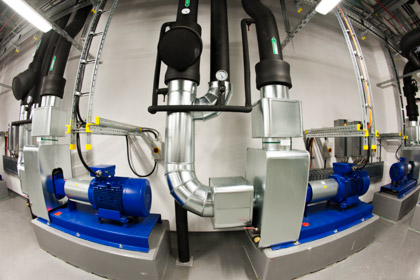 Engineers’ Europe District project efficiently uses our natural resources and makes an immediate, positive impact on our planet, which will tremendously benefit future generations to come.”

LEED certification of the USACE-constructed Shali Mission Command Center was based on a number of green design and construction features that positively impact the project itself and the broader community. These features include:

Passive houses, according to PHI, are designed to allow for energy savings up to 90 percent compared to typical stock homes and 75 percent compared to average new construction. The Urlas Passive Houses make efficient use of the sun, internal heat sources and heat recovery. The homes recycle roughly 92 percent of waste heat from appliances and fixtures around the house. These energy-savings measures render traditional heating systems unnecessary throughout even the coldest of German winters. During warmer months Passives Houses make use of passive cooling techniques, such as shading, to keep residents cool. 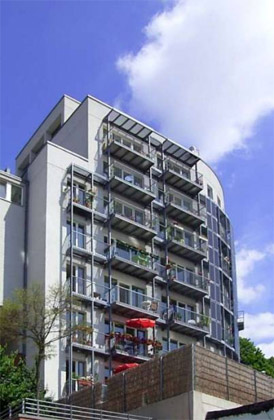 “We are extremely honored to be the first U.S. Army garrison worldwide to have PHI certified Passive Houses within our community,” Lawler said. “These homes are an effective contribution to help support the U.S. Army’s goal to conserve energy and preserve essential resources.”

The Army strategically designed and constructed 22 of the 106 Ansbach homes using the Passive House standard. The remaining 84 units were built to meet German EnEV energy-saving standards, a step down from the Passive standard, yet more efficient than typical American home standards. Today, U.S. Soldiers and their families occupy all 106 Urlas units. The Army is monitoring actual energy usage and comparing data from the EnEV and Passive House models to determine if Passive is a sustainable solution for future Army housing projects.

Preliminary results of the study are positive and Passive House may soon be adopted as a green building solution for the Army worldwide.

Although a comparison of Passivhaus to LEED standards cannot be made, passive house technology fits nicely into the Corps’ sustainability policy. According to Gifaldi, the most popular Army definition of the concept of sustainability is meeting today’s mission without compromising the mission of tomorrow.

“From the District’s perceptive, sustainability means we’re concerned with not only the material on the outside but also the materials on the inside,” Gifaldi said. “Reducing operating costs, increasing energy efficiency and preserving our natural resources are major parts of the Corps’ and the Army’s sustainability policies.”