A 19th-century Indian superintendent once remarked that the Warm Springs Indian Reservation was one of the poorest reservations ever established. Located on the rugged eastern slopes of the Cascade Mountain range, traversed by deep canyons, covered by basaltic lava flows and having harsh temperature variations, the reservation was largely uninhabited even before the arrival of white trappers and settlers.

Now its 640,000 acres is home to a confederation of three Indian tribes: the Warm Springs, Wasco and Paiute Tribes. And sustainable development, such as renewable energy development, is an important part of the reservation’s past and future. “The land was so poor that few non-Indians wanted any part of it; and the Confederated Tribes were, unlike many other tribes, able to maintain the land base against losses to non-Indians,” explained Ron Suppah, chairman of the 11-member Tribal Council that governs the reservation. 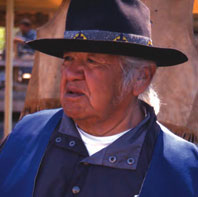 Although the reservation contains little arable land, it has an abundance of water, sun, volcanic activity and wind, which makes it ideal for renewable energy generation. In fact, hydroelectric energy is now the Tribe’s major source of income with tribal leadership providing strong support for developing additional renewable resources.

In 1910, when the U.S. Congress recognized that the Deschutes River, which forms the eastern boundary of the reservation, was an ideal hydroelectric site, it set aside federal and tribal lands along the river as Federal and Indian Power Site Reserves. Years later, in 1955, Portland General Electric Company (PGE) and the Tribe signed an agreement authorizing PGE to build the 440 MW Pelton Hydroelectric Project. It remains today the largest hydro project entirely within the state’s boundaries and provides enough energy for about 300,000 homes.

A three-dam complex went into operation over the next 10 years, and the Tribe began receiving rentals for use of its lands. As part of the agreement with PGE, the Tribe reserved the right to install generators in the Reregulating Dam that would be part of the project if it ever became financially feasible. In the late ’70s, with passage of the Public Utilities Regulatory Policy Act, the Tribe decided the time was right and, by 1982, put into operation a 19 MWplant that was the first hydroelectric project ever licensed to an Indian tribe by the Federal Energy Regulatory Commission (FERC).

Through this project the Tribe gained the experience necessary to announce in 1996 that it would file a competitive application for the new FERC license for the entire Pelton project, whose license was due to expire in 2001. PGE and the Tribe eventually settled their differences and agreed to become co-owners of the project with an initial 1/3 share purchased by the Tribe from PGE and the Tribe’s right (over the term of the new license) to buy a controlling interest in the project. For many years the Tribe had disputes with PGE over compensation issues. Now, as partners, the Tribe and PGE are able to explore joint opportunities.

Warm Springs has significant additional hydro potential; however, environmental and fish issues probably rule that out. The Tribe and PGE have committed more than $125 million over the next few years to restore salmon and steelhead above the Pelton project; and all efforts will be targeted toward making the dream a reality. 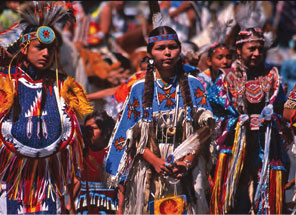 Although the Tribal government now receives significant support from power sale revenues, historically the Tribe has relied on its timber resource – more than 400,000 acres – to maintain tribal governmental services. The Tribe purchased the on-reservation lumber mill from non-Indian owners in 1967; but decline in the timber industry has seen income from that source diminish. Additionally, a century of fire suppression has left tribal and adjoining national forests subject to catastrophic wildfires like those throughout the West. Those changes led to formation of a unique joint venture between the Tribe’s power and forest enterprises to develop a 20 MW biomass electrical generation plant utilizing woody biomass removed from Tribal and adjoining public lands to fuel the plant. Steam from the plant will serve the mill’s lumber drying kilns.

“A secure fuel supply is the key to any biomass project,” remarked Cal Mukumoto, the project manager. The Tribe entered into a historic 25-year Memorandum of Understanding with the U.S. Forest Service and the Bureau of Land Management to supply a major portion of the project’s fuel. This resource, along with fuel from tribal and private forests plus clean urban wood, provides a secure, stable energy supply.

Permitting for the biomass project is nearly complete; a long-term power sale contract has been negotiated, and the Tribe is now waiting for federal production tax credit reauthorization. “Our goal has been to develop a market pathway to deal with the serious forest health issues in the West. We think the Warm Springs biomass project can give other developers and forest managers a clear pathway to move forward,” said Chief Delvis Heath, a member of the Tribal Council and project development team. But Warm Springs Power & Water Enterprises (WSPWE) has been active on other fronts. For the past five years the Tribal enterprise has been gathering wind data in the Mutton Mountains on the reservation’s east side. The data looks very promising. The Tribe has significant Class 3 wind potential, perhaps as much as 150 MW. Similarly, WSPWE has been conducting a methodical investigation of geothermal resources on the land. Mount Jefferson, on the southwest corner of the reservation, is the youngest volcano in the Cascade Range; and preliminary analysis indicates that its eastern flank on the Reservation has significant geothermal potential. So far the analysis has not included any drilling because of cost.

On yet another front, National Renewable Energy Laboratory solar maps demonstrate significant solar potential on the Reservation. Most Oregonians from the soggy Willamette Valley are well aware of the sunny Central Oregon climate causing resort developments to spring up like mushrooms in the past few years. Improving technology and spreading state mandatory renewable energy requirements make it only a matter of time before the solar option becomes feasible at Warm Springs.

Warm Springs is strategically positioned to take advantage of transmission opportunities as well. The Bonneville Power Administration and PGE already have high-voltage lines crossing the reservation; and the Tribe is actively exploring, with a number of parties, options for increasing transmission capacity over the vital east-west path.

The Tribe is committed to sustainable development on other fronts as well via, for example, certification by the Forest Stewardship Council. This international symbol of good forestry was awarded to Warm Springs several years ago in recognition of its management program. In addition, the Pelton hydroelectric project was recently certified “green” by the Low Impact Hydro Institute. And a carbon sequestration program to develop carbon credits from tribal forest management is in development. The Tribe is even designing a program for its planned casino to have a neutral carbon footprint.

“We believe that we were put on this land and cannot own it. We only borrow it. We must take care of it so that others that come after us will also have a place,” concluded Chief Heath.