Why Land Trusts Are So Critical 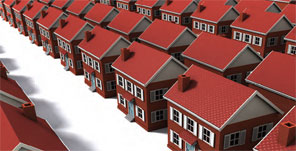 When I was a young child, my grandfather and I would walk my dog in the woods near his home outside New York City. One day everything was all gone. The big trees, the frogs in the pond and the songs of the birds had given way to a bare landscape where houses would soon grow. At age 5, I didn’t have the words to describe what I felt that day. But, I’ve experienced those same emotions at least a thousand times over since then as the open spaces next door, the neighborhood farm and the woods I hiked through have continued to disappear.

My story is one that is all too familiar to most. On a national scale, figures on these losses are staggering: Each year America loses two million acres of farms, forests and natural lands to development. That’s almost one-half the size of New Jersey transformed by development each year. Landscapes are converted to shopping malls, subdivisions and highways. In the process, more than 100,000 acres of wetlands are destroyed which degrades water quality and contributes to flooding.

There is another story, however, that rarely garners national attention. It’s about the quiet, community-based movement that has grown from the tens of thousands of personal stories, inspiring people to work together to permanently conserve the lands important to them. This effort occurs through a special type of private, nonprofit organization called a land trust, whose mission is typically to preserve a certain type of land that is important to the character and soul of each community. The combined impact of 1,667 private land trusts operating in every state of the nation is growing significantly and bringing the benefits of clean water, wildlife protection, parks, urban gardens, family farms, forests and access to waterways to millions of Americans.

Land trusts, the majority of which are run by volunteers, work with landowners who wish to either voluntarily donate or to sell their land for conservation purposes. Little known just two decades ago, land trusts are now one of the fastest-growing and most successful conservation movements in American history. Together the local, state and national land trusts have conserved 37 million acres of land in the United States – an area more than sixteen times the size of Yellowstone National Park. This phenomenon is not restricted to the large national conservation organizations. In the most recent survey conducted, the number of land trusts nationally grew by 32 percent during 2000-2005. More significantly is that the pace of conservation grew substantially. Private land conservation by local and state land trusts grew from 337,937 acres per year during 1995-2000 to 1,166,697 acres during 2000-2005. The largest growth resulted from the use of conservation easements – legal agreements between landowners and land trusts which preclude development but allow the owners to continue to own and to use their land for purposes such as forestry and farming. 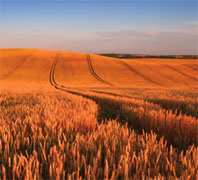 Take Bill and Walter Nunnelly, for example, who decided they didn’t want their 1,000-acre family farm to become another statistic. Teaming up with the Land Trust for Tennessee, they worked to protect their 150-year-old farm from development by using a conservation easement. Under the agreement, farming will be allowed to continue, but the land must remain undeveloped, regardless of who may own it in the future.

In Oregon, after planting thousands of trees to reforest his property, Don Byrd donated an easement to the Southern Oregon Land Conservancy in order to protect his 2,271-acre property from potential development. And in Virginia, where a state tax credit provides a generous incentive for landowners to donate conservation easements, the Piedmont Environmental Council has helped property owners in a nine-county region conserve more than 240,000 acres of rich farmland, scenic vistas and riparian lands.

Successes are growing daily. Indeed, for 2000-2005, an average of 2.6 million acres of private land was conserved (by local, state and national groups such as The Nature Conservancy) – an amount exceeding the total land area that the U.S. Department of Agriculture estimated would be converted to developed land.

Land saved tells only one part of the story about this movement. When neighbors come together to talk about conserving land, some remarkable things can happen to a community or, for that matter, a state. The Vermont Land Trust was a path-breaker 20 years ago in recognizing that local communities also had critical needs for affordable housing. That Trust built a coalition of affordable housing and land conservation advocates who conceived of, and then lobbied for, the creation of the Vermont Housing and Conservation Board (VHCB). Since then, VHCB grants have helped communities conserve more than 365,000 acres of land while making available nearly 8,500 units of permanently affordable housing.

Today land trusts are breaking new ground in the ways they engage and serve their communities. In Hailey, Idaho, the Wood River Land Trust’s conservation acquisitions along the Big Wood River have evolved into a vision for the community: a permanent greenway that will include public walking trails, swimming and fishing areas, bird and wildlife watching. This greenway will also protect the floodplain while simultaneously securing a wildlife habitat for the moose, elk, otter and birds that frequent the river and its lands.

Elsewhere in the west, political lines are blurring as ranchers are working hand-in-hand with land conservationists to preserve ranchlands that sustain their livelihoods, protect their water quality and provide for their scenic vistas of rural landscapes. The cattlemen’s land trusts started in several western states have now joined forces with conservationists nationally to secure legislation that would increase tax incentives for landowners to donate their land for conservation. Other land trusts, such as the Scenic Hudson in New York, have responded to community concerns about the effects of ill-planned growth by establishing themselves as strong voices for building better communities through smart land use and transportation planning.

The growth of the land trust movement speaks to the power that conserving land has had in bringing people together in a way that seemed unimaginable a few decades ago. The trust that develops when people work together to conserve the lands they love is allowing land trusts to build new bridges in their communities and beyond, by addressing the range of needs people have for the land. These goals include creating affordable housing, protecting ecological systems that provide clean water and habitat for wildlife, and helping to ensure that land-dependent economies survive.

As social commentators decry the demise of local civic organizations contributing to the strong fabric of a healthy community, land trusts are helping to buck the trend. Almost 50 years later, I still feel the same sense of loss when I see open lands and natural areas disappear into development. But the work of trusts to conserve lands and to build our communities is a story that gives me much hope for the future.