If one were to ask what societies’ most precious resource is, oil may be what comes to mind. Clearly, energy production and mobility would be severely curtailed due to fuel shortages. And, of course, the socio-political ramifications of uneven distribution of world energy resources are clear. Finally, climate implications of fossil fuel use have been in the global dialogue forefront for some years now. But, actually, the far more valuable resource is water – specifically freshwater.

Seventy percent of the planet is covered by water, but only 0.7 percent of this global resource is freshwater. And, it is very unevenly distributed across the planet. Unlike oil, for which there are multiple energy options, freshwater has no substitute. And, unlike oil, water needs cannot be sustainably addressed by transporting it from water-rich areas to water-poor, high-demand areas. Within the next three decades, projected population and economic growth levels will, locally, push to the limit the stress on this finite resource. In turn, freshwater availability could become the world’s main growth limitation factor. In reality, future growth of any kind will rely mainly on freshwater availability.

For example, water has probably raised more political, economic and national security issues around the world than any other single factor. Just look back in history to see how communities and entire cultures have begun on the shores of some water body. Water is integral to daily life, agriculture and industry. Do not be fooled into thinking this is an abstract topic only affecting isolated parts of the world; there have been issues right here at home. Consider how demand for water, coupled with a 2008 non-historic drought in the Southeastern United States, sparked fighting words between public officials, as well as a legal attempt to relocate a state line to secure more water resources. Concerned that water supplies would be exhausted within three months, Atlanta banned lawn watering, car washing and filling of swimming pools for a period of time. Lack of water has stopped commercial or industrial projects not just in California, but in Georgia, Tennessee, South Carolina, Idaho, Arizona and Montana. 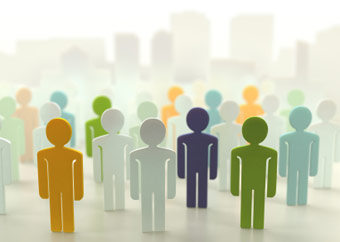 Interestingly, for all intents and purposes, water is not “running out.” The hydrologic cycle is essentially a closed global system. The problem is how much freshwater is available for use and consumption, when it is available and exactly where it is. For the first time, cities house 50 percent of the world’s population – and by 2050 they are expected to house 75 percent. Locally, this means greater population density and increased economic activity in and around cities, creating more pressure on local water resources through increased consumption and greater pollution from domestic and industrial sources. In the developing world, 2.6 billion people do not have access to basic sanitation systems, and in the developed world the lack of smart management of aging infrastructure leads to growing pollution. Globally, increased populations (literally, more thirsty mouths) prompt a greater water demand.

Hence it is clear that the decrease of freshwater resources availability (for both quantity and quality aspects) is recognized as one of the major environmental issue of coming decades. The challenge then – for cities, governments and companies – is to find solutions that make a minimum environmental impact not only in terms of water resources, but also in terms of energy use while maintaining and promoting economic growth.

The water availability issue and, specifically, its inherent local nature will require becoming smarter in the way water is managed. This begins with understanding the impact societies are having on this crucial resource. In short, they must become more water-aware. To be smarter in decision-making processes, it is necessary to better understand the specific local nature of water challenges and the specific impacts of activities on freshwater resources. For this, cities, industries and citizens need data, smart-planning tools and more effective best practices to ensure a successful, sustainable future that takes into account new realities.

The need for calculation methods and metrics has been largely recognized in order to better understand and manage water resources. Although impacts of water-use could be expressed as a combination of indicators (i.e. aquatic ecotoxicity, eutrophication, scarcity, volume abstracted), there is a need for a composite stand-alone indicator that incorporates multiple variables. Such an indicator can be used for screening water assessment, supporting decision-making or communicating, among other things. 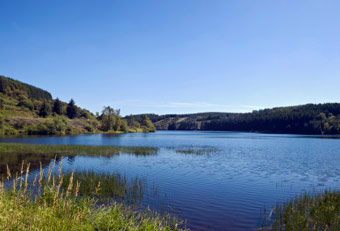 Current water footprint assessments tend to focus almost exclusively on volume – a valid indicator to raise awareness but not necessarily sufficient to represent the impact on a water resource. For instance, approximately 2,900 gallons1 of water are required to make one pair of blue jeans. But, what is the related impact on a given water resource – a reservoir, lake, river, etc.? An example to illustrate this point: Looking at two products – tomato sauce and peanuts2 – strictly by volume of water needed, peanuts would appear to have a much higher water-use impact than tomato sauce. However, according to a study3 on water stress-weighted foot printing, the opposite is true. Tomato sauce has a ten-fold greater impact on water resources than peanuts because tomatoes require more fertilizer and are produced in water-stressed areas with significant reliance on irrigation.

There has been quite an increase in interest and models being developed to address this integrated approach to management metrics. One example is Veolia’s new Water Impact Index (WII). This variation of such an indicator enables a comprehensive assessment of human activity impact on water resources. It allows an evaluation of how water-use could potentially deprive other water users (both humans and ecosystems) from this resource. As water, carbon and economics become more intertwined, the intent is to couple WII with carbon footprinting tools to provide a first attempt at a new decision-making process grounded in sustainability. It is critical that we build a better understanding of how water resources and human activities can be managed to offset our collective environmental impact. With this tool, for use on any product or process, the physical water balance is weighted by a quality index and a water stress index. This methodology is rooted in life-cycle concepts and methodologies, taking into account both direct and indirect water uses of any process.

The index has been tested in what Veolia believes to be the first-ever simultaneous analysis of water and carbon on a major metropolitan area’s water cycle. A study of the greater Milwaukee area’s water and wastewater systems (serving more than one million people) assessed the interaction of carbon (energy) and water, and their associated economic and environmental impacts. The study’s methodology assigned a value to water based on quality, quantity and resource stress. Veolia Water North America’s Technical Direction Group and the company’s global R&D team led the study in conjunction with the Milwaukee Metropolitan Sewerage District (MMSD), the City of Milwaukee, the Milwaukee Water Council and other local partners and utilities. 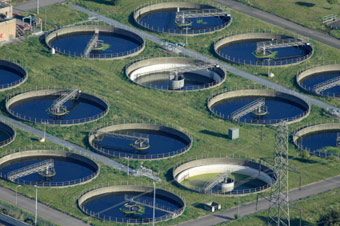 The study revealed that, in regard to drinking water production, WII is driven by direct water abstraction, as the quality of the resource used is very high. The sewage system contributes to reduce WII as the quality of wastewater collected is improved and becomes more in line with environmental requirements. The study of different scenarios, such as overflows management solutions or potential water treatment processes improvements, has highlighted that direct WII could be easily decreased with a low impact on indirect WII. Finally, comparative cost/carbon footprint/WII studies have shown that select improvements of the wastewater treatment process could add “win-win-win” solutions.

The Milwaukee-based water-carbon analysis yielded a number of findings on the local urban water cycle. These are local; results and findings may differ in other locations and for other utilities. However, some key findings include:

So why is this relevant? The information provided by multi-variable integrated metrics serves as a critical management input in order to make decisions. In addition, these types of results are important inputs to a broader dialogue about policies and strategies addressing water, energy and the environment. As need for environmental efficiency and resource management intensifies, organizations and communities will be able to use these tools to identify and to support business practices that create minimum environmental impact and pose reduced risks to water and air.

Intuitively one knows that a gallon of water is not the same everywhere in terms of its inherent “value.” But, more tangible, quantitative ways to assess this local aspect of water availability are necessary for better decision-making. Societies look at energy, climate, risks and economic factors when making decisions, yet they tend not to put enough emphasis on what may be the most critical factor of all – will we have enough water? Hopefully, tools that measure this aspect will become more commonplace in the near future.