The Slow Living Summit is part of a particularly “green” end-of-May weekend in Brattleboro, Vermont, which is a prelude to the town’s homage to National Dairy Month – a parade featuring cows pulled down Main Street by children of farmers known as the “Strolling of the Heifers.” Like Brattleboro, the Summit beckons activists, academics and free spirits for three days of discourse that both challenge and celebrate environmental consciousness. The annual Strolling of the Heifers, now in its 11th year, started out as a fun event to celebrate agriculture, but it quickly broadened into an opportunity to learn more about how to become more sustainable and how to support local agriculture.

“I don’t know how many farms have closed down, but there are way fewer dairy farms in the area than there used to be. So, that really illustrates why the Slow Living Summit is so important – to help build that momentum for local food, local agriculture and stronger local economies,” explained one Summit attendee.

Here, everyone wears two hats, which they make known within the first 30 seconds of their introduction, and it’s equally as important to be a thinker and leader as it is to be a blogger or a tweeter. At the Summit, the world’s problems are seen from a 25,000 to 30,000 ft. view depending on who’s speaking. This was important to remember as we were submerged in Brattleboro’s built-up downtown, caught somewhere between a luxury vacation and a brutal wake-up call.

I arrived in Brattleboro amidst heavy rain and found refuge in the lobby of Flat Street’s historic Latchis Theatre, which was lined with Drew’s Organic salad dressing, Crop Vodka coasters and “Udderly Smooth” lotion that had a dual moisturizing purpose for both cow udders and human skin. The products of the Summit’s sponsors led to the main theatre for an opening plenary session where attendees drank cucumber vodka out of a tiny plastic cup. The ice cubes shrank to pill-size in the heat of the room.

A high-profile panel of economists took the stage; though, we would eventually break-off into much smaller groups for more focused discussions. The “slow money” theme of the evening’s plenary session welcomed all attendees and emphasized the effect of money on all aspects of “slow living” – our farms, our food, our leisure time and work ethic. 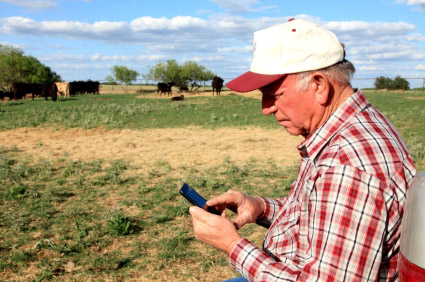 “We don’t have to know what the destination is,” said Woody Tasch, founder and chairman of Slow Money, a 501(c)3 non-profit. “It’s not about being completely anti-growth or completely anti-consumerism. It’s about consumerism run amok and growth run amok with no countervailing forces, no balance at all. How can we really learn to live slowly, or enjoy living slowly, if our money is zooming around the planet invested in things we don’t fully understand and we don’t fully believe in?” asked Tasch.

Some events were interactive, such as the spirituality workshop by mother/daughter activist panelist team Doris and Viveka Davis and Charles Eisenstein, author of Sacred Economics. Eistenstein asked the audience to pair-up and place their hands on the shoulders of a friend or stranger and identify the gifts within them. Other workshops were more straightforward. A workshop entitled “Building Resilience” under the overarching “habitat” theme featured panelists Alex Wilson and Kate Stephenson, who teaches at Yestermorrow, a design/build school in Vermont. David Orr addressed the different ways to structure a resilient community, whether the emphasis lay on “re-skilling” individuals to create a more DIY community or making a city more pedestrian-friendly.

“My one problem with the Summit is that it’s too expensive,” said Bill Pearson, an attendee but not a panelist. As a janitor for Landmark College in Putney, Vt., Pearson took it upon himself to collect bottles and cardboard around campus and bring it to a recycling center. He did this so diligently that when prospective students came for a campus tour and asked about recycling facilities, they would be told that someone named “Bill” was in charge of that.

Part of me agrees with Pearson. When I first heard about the Summit I imagined it would be on a large field; in my vision everyone had dandelions tucked behind their ears and churned butter in a mason jar. Most in a position to pay were the speakers who were comped, which left roughly 150 paying attendees and a handful of volunteers. It was fairly obvious, though, that no one would stop you from entering the Latchis if you hadn’t registered. Many of the seminars were open to the public, and a student discount was available. The glamour that existed on a plasma screen in the hotel lobby with a continuous stream of tweets and at the farm-fresh lunches in a sun-filled corridor downtown overlooking the Connecticut River made environmental change seem organized, effortful and plausible. 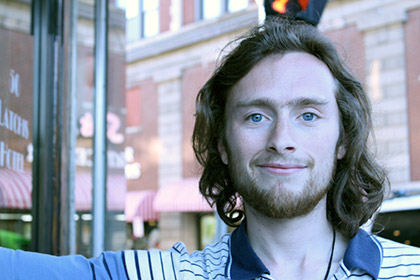 Hans James Smith, a 24-year-old local farmer, started attending sessions the second day of the conference. I’m highly skeptical that he knew about the Summit beforehand, but by Friday he was mingling with panelists and asking questions during some of the sessions. Unfortunately, it was not all to great response as when James Howard Kunstler (author of The Geography of Nowhere) conveniently ignored one of Smith’s questions. At the closing plenary session, though, the young farmer made a comment that had the crowd cheering, “The past three days have transformed me and helped me become a better man and a better farmer.”

Smith approached the mic again when Governor Peter Shumlin opened the floor for questions at the closing plenary session. Shumlin, voted Greenest Governor at the Opportunity Conference in Los Angeles in 2011, touched on legalization of industrialized hemp as well as noting the town’s progress in agriculture and worker co-operatives. “Governor, you rock!” exclaimed Smith to another resounding applause.

Another attendee went to the microphone to share how he had been affected by the Summit, commenting, “I took the spiritual track instead of the business track, and I cried.”

As Alex Wilson put it, the downfall of the conference is that it “preaches to the converted.” And it’s true; the Summit was full of attendees who agreed on the need to lessen growth, who agreed that our nation’s deficiencies lie in our failure to distribute wealth evenly and that we don’t feel enough responsibility as individuals for Earth’s ever-depleting resources. What became apparent at the Summit, though, was how much is being done in the way of advocacy and awareness, both locally in Vermont and on a national scale. “We need to hang out with people who feel the same way and who reinforce the work we do on a day-to-day basis, which sometimes is out there in the mainstream and not with a receptive audience,” said Wilson.

Although, at the closing plenary session when David Orr, Paul Sears Distinguished Professor of Environmental Studies and Politics and Senior Adviser to the President introduced the phrase “planet destabilization” to the forum, I thought things might take a turn toward the more serious. But, I was wrong as the conference still broke with a buzz of relief and excitement in anticipation of the block party downtown and the Strolling of the Heifers parade.

Summit steward Lori Hanau brought to bear some final words of wisdom when she commented: “There’s a maturity to knowing it’s the goodness and positivity that’s needed, and that’s not all about blindness or being in ‘la-la land.’ It’s about people who are well-educated on the issues so they’re well aware of the statistics and the fragility of the systems. But we’re trying to bring creative solutions and care to bear.”