Focusing on Local Needs and Opportunities

by Julio Moura, CEO, GrupoNueva April 17, 2008 Comments Off on Focusing on Local Needs and Opportunities Uncategorized 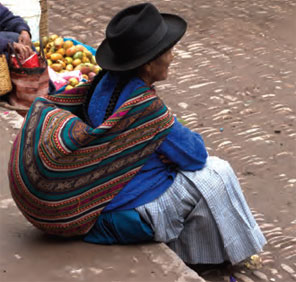 I have found, with the benefit of hindsight, that the best way to go global in business is to focus hard on local needs and opportunities.

In the late 1990s I became chair and CEO of GrupoNueva (GN), a Latin American holding company that was involved in three different areas of business: forestry products, pipes and water management systems, and light construction materials. It was a difficult economic time in Latin America, and my two-fold mission was to make the various subsidiaries more profitable while, at the same time, making them more environmentally sound and socially responsible.

I began to look into this notion of doing business with the poor, but it struck me initially as more theory than practice. How can you improve a business by selling to people who have little money?

Then in late 2001, the economy of Argentina virtually collapsed when the currency plummeted over a three-month period and unemployment rose to more than 18 percent of economically active people. GN’s pipe, plumbing equipment and water systems’ subsidiary, AMANCO Argentina, was selling few pipes or fittings to its usual big retail customers. The company was threatened with bankruptcy.

We thought back to the depression of the 1930s and to what our grandparents had done back then: Getting only the small amounts they could pay for, they bought their daily needs from street merchants for cash. So we developed a “mobile sales” project that involved loading AMANCO goods on the backs of two trucks and sending them into the poorer neighborhoods of Buenos Aires to visit the smallest plumbing and home repair storefront shops. 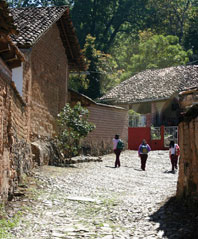 This service offered customers more than 50 different items and the possibility of buying, invoicing, shipping and delivering in one single transaction. Mobile Sales reached out to the small customer and provided limited quantities of our products. The small customer avoided the need to keep large inventories, replenished only what he needed and paid cash (at a fair price to him that still returned a profit to us, as there were no middlemen).

This strategy saved the subsidiary from bankruptcy and led to a new way of doing business. AMANCO started with the two trucks in the capital and later, after the crisis and the reasons for starting the project had subsided, had seven trucks at work in three cities. We added more than 1,000 small customers that the company had never reached before. The approach doubled the number of plumbing fixtures customers, and these new clients were generally very prompt in their payments. Mobile Sales became 15 percent of AMANCO Argentina’s total sales but 40 percent of its revenue.

I cannot claim that these mobile sales helped poor people meet their housing needs. But they convinced me that doing business at the base of the economic pyramid can be very good business, indeed. And I do believe we helped poorer people, who tend to be their own home builders and home improvers.

Looking for more base-of-the-pyramid business spurred AMANCO to work with Habitat for Humanity, the non-profit non-governmental organization (NGO). Habitat builds houses with the help of soon-to-be homeowners and sells the dwellings to partner families at no profit (financed with no-interest loans). Habitat has a very active program in Central America, and GN – now headquartered in Santiago, Chile – was then based in Costa Rica.

Habitat had been buying construction materials from local retailers. Working with AMANCO, the NGO could purchase wholesale and deal with only one supplier who was familiar with them so their transaction and opportunity costs would be lower. AMANCO improved its sales volume, began serving a new line of customers and opened new sales channels. AMANCO and Habitat began working together in five countries.

We next did a study and found that most of the more stable companies in Latin America were doing business low down on the economic pyramid. So we held a contest among employees to come up with ideas for doing business with the poor in ways that benefit the company and benefit the poor. To my astonishment, some 250 ideas were submitted; of those, nine were turned into business plans.

The best proposal involved developing simple, gravity-fed irrigation systems for small Guatemalan farmers planting only a few acres of land. Just because the systems would allow farmers to double or triple harvests – creating an opportunity for a quick payback – does not mean that the farmers could afford them or get the credit to buy them.

We have found that when you do business with the poor, you often need non-traditional business partners. Guatemala’s Ministry of Food, Agriculture and Livestock agreed to help finance installation of the systems and to provide technical assistance as well as training. Two local NGOs, Opcion and Aj Ticonel, worked directly with farmers and have been developing overseas markets for the new range of crops grown. We were thus helping farmers move away from low-cost, subsistence crops, such as corn and beans, toward export-oriented produce, such as string beans, that would bring in more money. The project gradually attracted buy-in by Guatemala’s Export Association for non-traditional products, trading companies, vegetable exporters, and seed and fertilizer companies.

AMANCO’s irrigation system improves water use by saving up to 50 percent. Soil quality also benefits as the drip irrigation techniques help prevent erosion. Farmers quickly saw a 22 percent rise in production, coupled with a major improvement in produce quality. They were also achieving 33 percent savings in labor costs and improved standards of living with incomes doubling to around $1,950 a year. This increased income was helping farmers to integrate into the formal economy and to pay for their children’s schooling. AMANCO became a very successful company in a relatively short time and was recently sold to a Mexican company.

We are now focusing our base-of-the-pyramid business on the forestry company Masisa, which has several hundred retail outlets around Latin America for boards and other building materials. We have taken the novel step of hiring people from poorer neighborhoods, mostly women, and making them “corporate consultants,” advising us on the types of furniture that poor people like, need and can afford. Once we develop designs, we train local carpenters in how to make the furniture by using Masisa boards.

The results have been so positive that I have pledged that 10 percent of all our corporate sales will be to the poorer segments of society by 2008. In fact, I am sure that this is the case today, but we are working on ways to measure it and prove it.

GN has greatly improved over the years, both in terms of its bottom line and in terms of its impacts upon the environment and society – impacts that we report on regularly and publically. I am now seeking new investments around the world in countries such as India and China. GrupoNueva and I are going global, but that journey took an important early route through the poor neighborhoods of Buenos Aires.

Since the beginning of time, business has been about providing customers with ever better goods and services, ever more efficiently, at ever more attractive prices. That remains true today. But I am convinced that, in the near future, the truly successful companies will be those that find ways, through their core businesses, to help society meet its key challenges, such as poverty, globalization and environmental degradation.

In fact, that may already be true today.