About 10 years ago Joyce Berry, Ralph Schmidt and I assembled a book titled Forests to Fight Poverty: Creating National Strategies 1. We wrote the book at the request of the United Nations Development Programme (UNDP). At that time the UNDP was deeply interested in the linked questions of poverty alleviation, deforestation, and the quality and quantity of aid flowing from developed to developing nations. 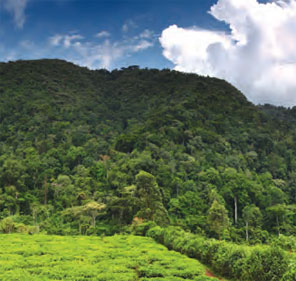 In the book’s foreword, Gus Speth, then Administrator of UNDP (now Dean of the Yale School of Forestry and Environmental Studies), wrote:

“[Forestry] is not a minor sector involving a small proportion of the society. Marginal agricultural lands where families practice subsistence farming in a shifting mosaic of farmland and forest are home to one-half the people of Africa, one-third the people of Asia and one-quarter of the people of Latin America. The proportion of poor in these areas is even greater.”

His statement is still substantially true. But the book focused on “national” solutions – how countries could devise effective ways to decrease rural poverty while maintaining and enhancing forests and their priceless cargo of biological diversity. National strategies that are not top-down or externally driven but that are created with participation of all stakeholders are still badly needed. With the added perspective of a decade of largely ineffective top-down, public sector, foreign-aid-driven attempts at “solving” rural poverty, hope has shifted substantially toward the view that private sector investment will be critical to national plans and solutions. Thus, the possibilities for positive effects of enlightened private forest investment on local economies in poor, rural places are almost unlimited.

First, the poor people and places that Speth described are often in locations where trees can be purposefully grown for a wide variety of products, ranging from fruit, herbs and wood for local use, to high-value timber for industrial and export use. The reclamation of waste land with trees is said to be a potential on 100 million hectares in India alone. Second, worldwide investor interest in forestland has never been higher; and the price of forestland in developed countries has increased which is heightening the desire to invest in the developing world’s “emerging markets.” Third, the science of growing trees on plantations has made great progress in the past decade, and it is now feasible to grow a wide variety of high-yield, high-value species of trees on plantations. Fourth, emissions from deforestation equal 18 percent of all global CO2 emissions. We cannot afford to ignore them. New forests would help offset this carbon loss, and reducing the destruction of existing forests would help reduce carbon and biodiversity loss. Finally, the cost of establishing and tending tree plantations is attractively low in developing countries. 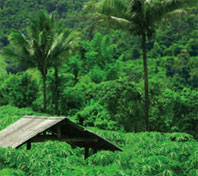 Thus, there is an opportunity to couple the world demand for planted forests with the developing world’s alleviation of poverty; such an effort has never existed, at least in this form, before. But there are numerous problems to be overcome, and purposeful action is needed to make this opportunity real. The environmental effects of planting new forests must be carefully observed and managed. In the past new forests have sometimes replaced intact native forests; and planted forests have, in some places, had some adverse effects on local water supplies and agricultural patterns. Also, local people must participate fully in ownership and management of these new forests. This participation must extend beyond payment of wages and processing and use of forest products. Careful matching of tree species and cultural methods to local climates and cultures will also be key to sustained and sustainable production by the newly planted forests. Without broad acceptance and participation of local people, investments would be too risky for most rational investors to pursue.

Cooperation among investors, local people, non-governmental organizations (NGOs) and sources of science and technology can overcome these barriers and open an unprecedented era of positive forestry. Interested parties are establishing a new non-profit organization, Forests To Fight Poverty (FTFP), to help these elements of the solution work together to find the most promising places to accelerate the planting of new forests and to alleviate poverty. One hope is that FTFP will complement and enhance the efforts of the huge array of NGOs, governments and private companies now involved in the developing world’s forest plantation establishment and management. Another hope is that FTFP will make it easier for those now engaged in cooperating to meet their mutual goals. But even without FTFP or any new organization, new forests now provide a great opportunity to help reduce rural poverty. It is urgent that all those interested in forests and poverty alleviation pursue this opportunity.

About the Creators of Forests To Fight Poverty

John C.Gordon,Ph.D., is Pinchot Professor Emeritus of Forestry and Environmental Studies at the Yale School of Forestry and Environmental Studies, where he was Dean from 1983-1992. He has been a Fulbright Scholar in Finland (University of Helsinki) and India (Bangalore). Gordon’s primary expertise is in the biological basis of forest productivity, the management of research and forest policy. He has led several national-level assessments, including those on research and resource management in national parks, forestry research (for the National Research Council/ National Academy of Sciences) and American Indian forests. He served as a member of the Congressionally-mandated Scientific Panel on Late Successional Ecosystems and was co-chairman of the Seventh American Forest Congress. Gordon has extensive consulting experience with public and private organizations, including the World Bank and the United Nations Development Programme, as well as international experience in a variety of countries to include India, Pakistan, China, Costa Rica, Brazil, Argentina, Finland and Scotland.

Joyce K. Berry is Vice President for Advancement and Strategic Initiatives at Colorado State University (CSU). Before that she was CSU’s Dean of the College of Natural Resources. Berry has a Ph.D. in Forestry and Environmental Studies from Yale University. Her primary expertise is in the human dimensions of and public involvement in the management of natural resources. She co-chaired the Social Science Workshop of the Seminar of Experts on Sustainable Development of Boreal and Temperate Forests, a 50+ country meeting that ultimately led to the Montreal Process of criteria and indicators for sustainable forestry. Berry was also a member of the Board of Directors and the Executive Committee of the Seventh American Forest Congress.

Ralph Schmidt has over 25 years of experience in international development and global environmental issues, specializing in forests. His work with forests has been broad in scope, involving such issues as combating poverty, biodiversity conservation, carbon sequestration and climate change, and international trade. Schmidt has worked in more than 60 countries on projects involving governments, non-profit groups, academic institutions and the private sector. From 1990-2001 he was Director of Forest Programs at the United Nations Development Programme in New York. Prior to that he was Forest Management Officer at the Food and Agriculture Organization in Rome and also Chief of the Forest Service in Puerto Rico. Schmidt received his B.A. and M.S. in Forest Science from Yale Unversity.