by -- December 3, 2010 Comments Off on Information of Interest, Nov/Dec 2010  Departments, Worth Knowing

U.S. AIR FORCE – Renewable energy companies, innovators and entrepreneurs will get the chance to learn about potential energy project opportunities at the U.S. Air Force’s Renewable Energy Industry Day on December 8, 2010 in Irving, Texas. Air Force officials, including Mr. Terry A. Yonkers, Assistant Secretary of the Air Force for Installations, Environment and Logistics, and Major General Timothy A. Byers, the Air Force Civil Engineer, will be available to provide details about renewable energy development opportunities. Particular focus will be paid to projects involving third-party investments on installations using Power Purchase Agreements or Enhanced-Use Leases. Projects must generate electricity that is competitive or cheaper than current grid rates.

“This is a unique opportunity for companies that specialize in renewable energy to gain a clear view of the Air Force program for development of renewable energy use,” Said Mr. Ken Gray, Energy Rates and Renewables Branch Chief at the Air Force Civil Engineer Support Agency (AFCESA). “We are excited about the opportunity to learn more from industry and to hear their suggestions on how to improve our efforts.”

The event will be held at the Wyndham Hotel in Irving, Texas and is limited to the first 200 registrants. For more information, or to sign up, please go to www.event-plans.com/AF.

“The Federal government has already made a commitment to sustainability, and this survey shows that Federal workers are personally on board with those efforts and ready to do more,” said David J. Fornari, a principal with Deloitte Consulting LLP and leader of Deloitte’s Federal energy management and sustainability practice. “The benefit to fostering a culture of energy savings is the positive impact it will have on agency operating budgets. This savings will allow more money to be made available for agency and department missions.”

For more information on the survey and its findings, please visit: http://www.deloitte.com/view/en_US/us/Industries/US-federal-government/federal-focus/Energy-Management-Sustainability/index.htm. 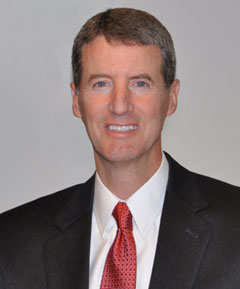 “Don is a great soldier and public servant who has held numerous leadership positions, including troop commands at all levels and top positions within the Army Corps of Engineers,” said Robert K. Dawson, President and Founder of Dawson & Associates. “He will bring a wealth of experience to our clients, present and future.”

Riley brings 37 years of service and experience with the U.S. Army Corps of Engineers (USACE) to the firm, including his most recent service as Senior U.S. Engineer in Afghanistan, as well as Deputy Commanding General and Deputy Chief of Engineers. Prior to his tour in Afghanistan, Riley was the Corps’ Director of Civil Works. The USACE is the nation’s primary planner, designer, builder and operator of flood control, navigation, environmental restoration and multiple-purpose water resource projects.

Dawson & Associates, the premier experts in water resource, natural resources management and environmental permitting, provides advocacy in environmental permitting, regulatory compliance, economic development, energy defense, infrastructure and government contracting. The firm represents clients before the U.S. Congress, the Executive Branch, and state and local governments. Its diversified client list includes corporations, professional trade associations, state and municipal governments and Federal agencies, such as the Environmental Protection Agency, the U.S. Army Corps of Engineers, the Department of the Interior and the Office of Management and Budget.

REDI-ROCK – Redi-Rock’s retaining wall system utilizes one-ton, wet cast concrete blocks that install like giant Lego blocks, which allow walls to harness the power of gravity. This minimizes excavation time, costs and resources while preserving existing features, including landscaping and trees. Redi-Rock has a proven track record for building gravity walls up to 12 ft. with 41” blocks and higher gravity walls up to 26 ft. with 9” set-back blocks without reinforcement (soils allowing).

Redi-Rock also helps achieve project sustainability goals by preventing erosion and associated run-off, and has been used in shoreline protection and restoration projects across North America. In addition, the blocks are made of precast concrete, an incredibly durable building material that can incorporate industrial by-products, such as fly ash and silica fume, which would otherwise end up in landfills. Meeting the criteria of the United Facilities Design Specification used by the U.S. Army Corps of Engineers, Army, Navy, Air Force and NASA, Redi-Rock has a proven track record for critical project solutions. It is also on the approved product list of 14 State Departments of Transportation, with more pending.

The Verdantix report states: “The Leaders achieved high customer recognition for being associated with sustainability, with CH2M HILL the only supplier that was mentioned unprompted. CH2M HILL actively pursues market leadership in sustainable engineering by training staff to engage clients over sustainability issues.”

The Verdantix Green Quadrant research project was a four-month analysis of the largest U.S. engineering companies offering sustainable solutions. It applied 27 evaluation criteria to assess the 19 firms, each with annual revenue of at least $1 billion. These companies were evaluated on their capabilities, including climate change and sustainable engineering expertise, market momentum, thought leadership, internal commitment to environmental management, strategic investment in enterprise-wide sustainable solutions and ability to connect and resolve multiple issues.

Businesses and cities in the U.S. face a multitude of complex engineering issues related to ageing infrastructure, sustainable energy, water supply and use, carbon management and climate shift. The Verdantix research helps define the engineering firms that are leading the delivery of long-term, cost effective and innovative solutions to address these challenges.

More information about Verdantix and the executive summary and Green Quadrant report can be found at: www.verdantix.com/index.cfm/papers/Products.Details/product_id/157/green-quadrant-sustainable-engineering-firms-us.

earthOCEAN – earthOCEAN has debuted a ground-breaking documentary film, “Vaquita – Last Chance for the Desert Porpoise,” which investigates the imperiled status of the world’s smallest and most endangered porpoise. Tucked away in the northern reaches of Mexico’s Gulf of California, the Vaquita live in a 40-square mile habitat – the smallest range of any marine mammal. In recent years, human pressures have taken an enormous toll on these animals. Scientists estimate that only 250 remain, and their survival now calls for a creative solution.

Gill fishing nets, which are nearly invisible and often left unattended by coastal fisherman, are the greatest single cause of Vaquita mortality. They become entangled and drown when they accidentally swim into the nets. This imperiled porpoise is sliding close to the edge of oblivion where it is on course to join its cousin, the Baiji. In 2007, the Baiji, also known as the Yangtze River dolphin, became the first cetacean species declared extinct in modern times as a direct result of human activities.

In 2008, earthOCEAN filmmaker Chris Johnson joined the international scientific effort – Expedition Vaquita – to find and to document any remaining Vaquita. He notes: “We had two goals for the project. The first was to film and to photograph the elusive Vaquita porpoise and document the people racing to help it survive. The second, and most important, was to create a much needed tool for outreach efforts to communicate scientific findings and conservation recommendations for the Vaquita while addressing the challenges for people in local communities.”

USERFUL CORPORATION – The low cost and robustness of Userful Corporation’s (Calgary, AB) MultiSeat solution has made it possible for schools in indigenous villages in Brazil, where infrastructure is minimal, electricity is unreliable and there is little physical space, to provide computer access to students for the first time.

Userful MultiSeat Linux 2010 is a complete solution software bundle for schools that increases access to affordable educational computing in classrooms and computer labs by allowing up to 10 students to connect to a single host PC at the same time, each with his/her own monitor, keyboard, mouse and applications. The upfront hardware/software cost savings, and ongoing electricity and maintenance cost savings, can multiply the number of computer stations available to schools, thus delivering more stations for the same budget. On average, Userful’s education customers report saving 60 percent in up-front costs and 80 percent in annual power savings as compared to their previous PC-per-station solutions.

In addition, Userful prides itself on being the industry leader in green computing. Turning one computer into 10 reduces CO2 emissions by up to 15 tons per year per system and reduces electronic waste by up to 80 percent. In 2009, Userful users saved more than 200,000 tons of CO2 emissions compared to stand-alone PCs – the equivalent of taking 35,000 cars off the road or planting 50,000 acres of trees.

A preview version of Userful MultiSeat Linux 2010 is available for pilots and customer trials. To learn more and to download, visit http://userful.com/products/userful-multiseat-linux, email info@userful.com or phone +1.403.289.2177, ext. 795.

CHINA.ORG – With a rapid increase in the number of Chinese graduates enrolling in PhD programs in the past decade, it seems the quality of education doctoral students receive is falling short. About 70 percent of employers complain that employees who hold PhDs show little innovation in their work performance, according to a recent survey, which interviewed 1,392 PhD candidates, degree holders, professors and employers.

The survey found several flaws in post-graduate education, especially PhD programs, in the country. Zhou Guangli, a professor at the Institute of Education Sciences in Huazhong University of Science and Technology, was in charge of the survey.

China replaced the United States to become the world’s top producer of doctorate holders in 2008, according to an Asia Times report, with more than 50,000 doctoral degrees conferred that year. The number of PhD students in China reached 246,300 in 2009, about five times the figure in 1999. The massive enrollment of PhD students has resulted in a severe shortage of qualified professors, Zhou was quoted as saying in the Wuhan-based Changjiang Daily.

“Nowadays, it is not rare for people in their 30s to become professors and supervise PhD students in Chinese universities, but I really doubt their experience and capability at such a young age,” said Ge Daoshun, a professor of social policy at the Chinese Academy of Social Sciences.

U.S. CENSUS, NATIONAL SCIENCE FOUNDATION – Census 2000 presents data on the educational attainment of people 25 years and over in the United States. According to this data, only 24.4 percent of the U.S. population has a four-year college degree or more. Of that percentage total in 2000, 15.5 percent had a Bachelor’s degree, 5.9 percent a Master’s, 2 percent a Professional degree and only 1 percent a Doctoral degree.

According to key findings by the National Science Foundation, 48,802 research doctorates were awarded in 2008, of which 46 percent were women. Although these numbers are the highest in the history of U.S. higher education, growth rates have slowed in recent years. Of graduates with known citizenship status, 67 percent were U.S. citizens or permanent residents and 33 percent were non-U.S. citizen temporary visa holders. Of those, China was the country of origin for the largest number of non-U.S. graduates in 2008, with 4,526.

Of the 30,791 doctorates awarded to U.S. citizens and permanent residents, the breakdown by race/ethnicity is as follows: American Indian – 123; Asian – 2,543; Black – 2,030; Hispanic – 1,765; Multi-race – 520; Other/unknown – 602; White – 23,208. Three-fourths of graduates reported teaching assistantships, research assistantships/traineeships, and fellowships/grants to be their primary source of support during graduate school. Just over half (53 percent) of graduates reported having no graduate or undergraduate education-related debt, 19 percent reported cumulative debt of $20,000 or less, and 8 percent reported debt of more than $70,000.