Is the Quest For Success Killing Us?

by Alex Criss September 17, 2007 Comments Off on Is the Quest For Success Killing Us?  Columns, Going Global 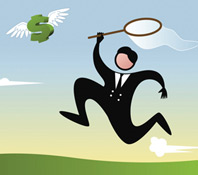 What do a six-figure income, high-status job title and reputation for a good work ethic get you at the end of the day? Some say “closer to the American dream”; others say “closer to the grave.” Most Americans can’t wrap their heads around the idea of valuing time over money – particularly because we, as a nation, see the two as interchangeable. I’m not taking this to the capitalist extreme of “everything has its price,” but we do tend to equate things quantitatively.

The United States has the best healthcare technology and the greatest amount of wealth in the world. It has been the origin of almost every health craze, diet fad, exercise movement and work-out DVD of this and the previous century. Despite that, our expected lifespan, according to the CIA World Factbook, is two years less than for those ham-and-cheese-loving, wine-with-lunch-drinking, two-pack-a-day-smoking Spaniards. How can this be?!? . . . in a word, “siesta.”

A recently released six-year Greek study by Dimitrios Trichopoulos from the Harvard School of Public Health and other researchers states that people who took a 30-minute siesta at least three times a week had a 37 percent lower risk of heart-related deaths. With heart disease still the No. 1 killer in the United States, the idea of a siesta deserves some thought. For those unaware, a “siesta” is a mid-day rest period that some refer to as a “nap,” but I see it as much more. It’s not only a welcome stress reliever but also a statement about a quality of life that delivers something even we Americans can value – quantifiable results. In other words, a “siesta” provides value during the finite hours in our lives instead of just giving them a price tag.

Speaking of “bad habits” such as drinking or the slothful mid-day rest, when did having a glass of wine in this country apart from a fine meal, wine-tasting or sailing on a yacht become a sign of alcoholism? Many studies illustrate that two glasses of wine a day can lower a middle-aged person’s risk of heart attack by as much as 30-50 percent. The same studies indicate that red wine can raise the good cholesterol, aka HDL, and lower the bad cholesterol, aka LDL. The “nectar of the gods” is also chemically rich in antioxidants that benefit our bodies in a myriad of beneficial ways.

So, why shouldn’t I have a glass of wine during my lunch break? If it makes me sleepy, I can just catch a quick mid-day rest. I would be willing to do the same workload, stay later or even come in earlier. Considering the stress that the baby-boomers’ retirement will have on the capacity of pensions, Social Security, Medicare and Medicaid, shouldn’t corporate America, the government and the healthcare industry want to maximize every type of health benefit to the fullest?

Instead of looking for more answers, we need to start questioning the assumptions we already have, such as our definition of “success.” A 28-year-old junior executive with an Audi, a 1500-square-foot condo and an MBA from a major university could be the American archetype of “successful.” However, if one were to look closer, an observer may discover a not-yet-30-something at his or her breaking point physically, mentally and financially. Sixty- to eighty-hour work weeks, combined with $100k+ in student loans, outrageous financing charges for the pad and the wheels, plus a mindset so focused on greater efficiency, productivity and/or output encourages a life identified only in terms of statistics, percentages and revenues.

Now, let’s examine this poor workaholic’s Spanish counterpart. First, student loans are non-existent in Spain because students there need to pass only certain exams and to pay nominal processing fees to attend university. Second, in Spain (and much of the world) mass transit is recognized as not only the most convenient but also the most environmentally friendly and financially responsible choice for moving people. Figure in the savings on the items relevant to just those two lifestyle differences and we could knock off almost $200k from the ulcerated, Xanax-prescribed, Redbull-drinking American junior exec’s negative net worth.

Now on to the living arrangements: A Spaniard residing with his parents into his 30s or until married won’t suffer much (if any) social ridicule. Our Spanish friend will not make as much money, but he will have access to that elusive and magical creature known as “nationalized healthcare.” Factor in the automatic four weeks of annual paid vacation and we have a successful formula for avoiding stress. This is far from the case for Americans who work in the country known to have the fewest vacation days. According to the U.S. Bureau of Labor Statistics, only 77 percent of American workers have access to paid vacations; the average annual leave is two weeks or less.

So let’s bring the comparison full circle. Who has the better life – the American with the comparatively immense income, huge condo, big-shot title, corresponding debt, stress, heart disease and increasing lack of any non-quantitative thought processes . . . or the low-stress, no swinging pad, public-transported, free healthcare-benefiting, vacationing and afternoon-napping Spaniard? I believe the answer lies in the best of both worlds; but, whichever way you lean, the bottom line is that the stress level of the average U.S. worker must be reduced. And it’s up to us to make sure that happens – whether it’s through naps, wine with lunch, mandated vacations or a required recess hour. We, as a nation, must “chill-out” or we will collectively “freak-out,” requiring more Prozac, Xanax and hours on the psychoanalyst’s couch than the free world can supply

Alex Criss has an MA in Spanish and an MBA from West Virginia University.