The Price of Detachment

by Rosemarie Calvert April 17, 2008 Comments Off on The Price of Detachment  Columns, Publisher’s Comments

When I was a child, life was so much easier. People were interconnected – not just families, but neighborhoods, schools and churches. People actually liked each other and wished one another well. Over the years all that has changed: couples divorce and families separate, neighborhoods die and destructive elements gain hold, schools baby-sit rather than inspire and churches struggle to survive. I’m not sure when life changed; it just seemed to happen one day, and the world has suffered a terrible blow. 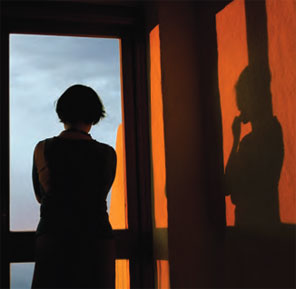 My husband, who was raised on a farm, thinks it’s because people don’t have to depend on each other anymore. Farm families depended on each other for their survival, so they made their relationships work. No one had to ask for help; everyone just pitched in. It was in their DNA.

What happened to us? Maybe we did stop needing each other, which is why we began to separate from our families, our neighborhoods, our schools and our churches. And the more independent we became the more we moved away from the center of life. Was this detachment prompted by our wondrous technological advances? Or did it creep in when money became king and everything else became secondary? Did it happen when TV replaced nature as the premier nurturer? Or maybe it happened when violence became entertainment.

Regardless of why, it’s time to reengage in life in the most basic way. We must start caring more for each other and for the world. By whatever means possible, we must find our way back home, not only individually but collectively, as a nation, in order to regain our self-worth and our faith.

“. . . when by physical and mental barriers we violently detach ourselves from the inexhaustible life of nature; when we become merely man, not man-in-the-universe, we create bewildering problems, and having shut off the source of their solution, we try all kinds of artificial methods each of which brings its own crop of interminable difficulties . . .

“. . . Man must realize the wholeness of his existence, his place in the infinite; he must know that hard as he may strive he can never create his honey within the cells of his hive, for the perennial supply of his life food is outside their walls. He must know that when man shuts himself out from the vitalizing and purifying touch of the infinite, and falls back upon himself for his sustenance and his healing, then he goads himself intomadness, tears himself into shreds, and eats his own substance . . . His wealth is no longermagnanimous; it grows merely extravagant. His appetites do not minister to his life, keeping to the limits of their purpose; they become and end in themselves and set fire to his life and play the fiddle in the lurid light of the conflagration . . . Man appears, instead as a psychological problem, or as the embodiment of a passion that is intense because abnormal, being exhibited in the glare of a fiercely emphatic artificial light. When man’s consciousness is restricted only to the immediate vicinity of human self, the deeper roots of his nature do not find their permanent soil, his spirit is ever on the brink of starvation, and in the place of healthful strength he substitutes rounds of stimulation. Then it is that man misses his inner perspective and measures his greatness by its bulk and not by its vital links with the infinite, judges his activity by its movement and not by the repose of perfection – the repose which is in the starry heavens, in the ever-flowing rhythmic dance of creation.” – written by Rabindranath Tagore from his book SADHANA: The Realisation of Life; MacMillan and Co., Limited; Calcutta, Bombay, Madras, London. 1920.