Words of Wisdom from Albert Einstein

by Rosemarie Calvert August 13, 2008 Comments Off on Words of Wisdom from Albert Einstein  Columns, Publisher’s Comments
“I am absolutely convinced that no wealth in the world can help humanity forward, even in the hands of the most devoted worker in this cause. The example of great and pure characters is the only thing that can produce fine ideas and noble deeds. Money only appeals to selfishness and always tempts its owners irresistibly to abuse it. Can anyone imagine Moses, Jesus, or Gandhi armed with the money-bags of Carnegie?” – Albert Einstein

Albert Einstein is one of my heroes. He was a brilliant man but, more importantly, he was a great humanitarian. When I first read his remarks, I thought they made a lot of sense but believed there must be exceptions to the rule. After all, who wants to admit that money can’t benefit humanity or that striving for it might be a character flaw? Following much deliberation about Albert’s words of wisdom, I must agree with him. Only when we have nothing to gain does it appear that our self-serving minds willingly take a step backward, which allows our spirits to take a step forward. Only then are we able to experience “Truth” rather than “truth as we understand it.” The difference is that the former is absolute; the latter is totally subjective. 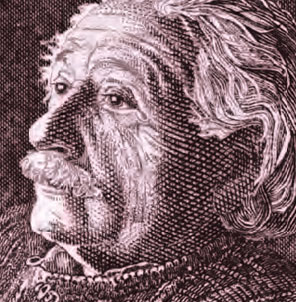 I experienced “subjective” reality again, just recently, when contemplating the root cause of human-induced environmental damage and the resultant tragedies. At first I wanted to blame everybody but me. Corporate greed, inept politicians and journalists who focus on celebrity foolishness rather on the important stories about which people need to be educated were first on my list. But then I realized what part I play in all of this. Although no one is perfect, I acknowledged that what I require or expect of others, I should first require or expect of myself. So, in light of that decision, I’ve begun to critically examine, or more accurately, re-examine the motives for everything I do.

One thing that I’ve already learned from this self-discovery is that many people believe they’re altruistic. But, in reality, they’re often just self-serving without realizing it. No one can serve two masters, especially those rooted in the mutually exclusive philosophies of materialism and selflessness. To “. . . help humanity forward . . . ,” we must start by being brutally honest about who we are and what we have to gain by every decision we make. And, if the answer is “nothing,” then maybe we’re on the right track. So today, as I reflect upon how I can be of better service to humanity, I will reconsider some other immortal words that are close to my heart. This message, with its glorious phrases, is even older than Albert’s and is played out in every major religion with just cause:

Thanks, Albert, for setting me straight.
Rosemarie Calvert
Independence, WV