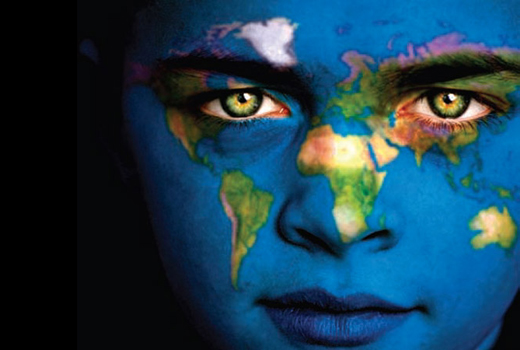 A New Vision for Humanity

U“Unprecedented steps have been taken to stop the global financial meltdown and to enable the world to recover from the economic crisis that emerged in 2008. But the world also faces a climate crisis which has been building over a much longer period of time. If we do not bring to this challenge the same determination and sense of common cause with which we have addressed the economic crisis, not only will the climate crisis feared by the scientific community occur, but recovering from it will be an impossibility. Fortunately, the appropriate responses to the climate crisis can also contribute to long-term economic prosperity.

“Scientists warn that global emissions must peak within a decade or we will face grave consequences, particularly in the developing world, where the vast majority of humanity lives and where the vulnerability to climate impacts is greatest. If rising incomes in the developing world are to be achieved through high-emissions growth, such as that pursued by today’s developing countries, then our environmental fabric will be stretched to the breaking point.

“Indeed, the tremendous scale of the climate challenge reflects two centuries of unchecked emissions growth. . . . The sad fact is that we have missed multiple opportunities to change course. Developing countries are the first – and worst – sufferers from a problem for which, from a historical perspective, they bear the least responsibility. Issues of equity and burden-sharing must be addressed. . . . As the advanced economies have the resources and the responsibility to lead the way, they will be required to make bold commitments to reducing their emissions and to helping developing nations undertake mitigation and adaption.

“There is no single blueprint for achieving these goals. . . . There are huge synergies to be generated through big investments in energy efficiency, renewable energy, reduction of vulnerability and broader development projects. This will necessitate truly integrated policy responses, as well as enormous adjustments in the global economy. Yet, we must demand no less of ourselves if we are to put the world on a more sustainable path of development. . . .” – Ban Ki-Moon, United Nations’ Secretary-General

According to the United Nations’ 2009 World Economic and Social Survey, “Promoting Development, Saving the Planet,” the advanced countries “have, since 1950, contributed as much as three-quarters of the increase in emissions despite the fact that they account for less than 15 percent of the world’s population.” Historically, I understand how this happened; but, ethically and morally, I don’t understand how this is continuing, especially considering the dire consequences of such actions.

Americans have always prided themselves on doing what’s “right,” but it now seems that what’s “right” is taking a back seat. In a 2009 survey by The Shelton Group, only 26 percent of respondents said they’d choose the environment over their comfort or convenience, even though their choices “were harming the environment.” I can’t comprehend this mindset, particularly given the urgency of “saving the planet.” However, what I do understand is that until Americans learn how to demand and to make better choices, the fabric of life, particularly within the developing nations, will be in increasingly grave danger. Now is the time to stand up for the single most important cause of our generation and for those to come – to have a new, holistic vision based upon sustaining the quality of all life on Earth.
“One Earth. One Family. Live Better. Be Part of It.”
Rosemarie Calvert, Independence, WV