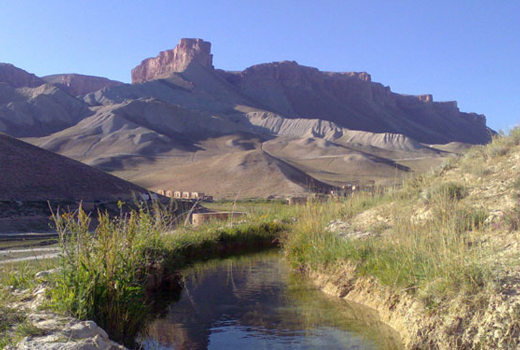 Afghanistan is more than war and turmoil; it has a long and colourful history, strong cultures and a stunning landscape. It has enormous biodiversity, as it sits at the crossroads of what biologists call “biological realms.” The country, therefore, has plants and animals that also occur in Europe, northern Asia, India, south Asia and Africa. It has nine species of wild cats, which is the same as the whole of sub-Saharan Africa, as well as an estimated 800 plant species that occur nowhere else in the world. In other words, Afghanistan is worth attention in terms of its biodiversity alone.

These natural resources are also critically important from the people’s perspective. After 30 years of conflict, over 80 percent of Afghanistan’s population relies directly on natural resources for their livelihood. Most of the inhabitants are rural and desperately poor by world standards. Child mortality is the highest in the world, and their infrastructure is mostly broken down and inoperable. The economy is donor-dependent, and the Afghan government is still in its infancy. Outside the capital of Kabul, governance sometimes seems non-existent. As a result, movement away from the major population centres can be very risky due to the presence of various insurgent groups.

And yet, what is seldom mentioned in newscasts and media is that the Afghans are proud and resilient. They want what everyone else wants – education for their children, healthcare for the young and elderly, and reliable livelihoods to support their families. Then they want to get on with their lives in their own unique, culturally diverse way, free of violence and conflict.

Understanding these things is one reason why the Wildlife Conservation Society (WCS) has been successful in Afghanistan. When hearing of the Society’s field work in this war-torn country, most people are surprised. They wonder how, with its pressing problems, Afghanistan can afford the time, let alone the resources, to conserve its remaining wildlife and wild places. But this is one of the core strengths of WCS – to offer assistance in conserving natural resources at a practical level within a country in need, like Afghanistan. As one of the oldest conservation organisations in the world, with more than 100 years of field conservation experience, the Society has extensive seasoning under extreme circumstances. Currently, WCS has more than 600 projects-in-place with 3000 staff; and, many of these projects are in the most remote areas of the world.

Since 2006, USAID has supported WCS’s work in Afghanistan within three geographical areas – the northeast in Badakhshan Province’s Wakhan District, Bamiyan’s central province and the eastern forested Nuristan province. Experts chose these areas because they believed they held the largest numbers of untouched remaining wildlife; this presumption generally proved correct. And through the years, WCS has created trust by having conservation teams on-the-ground and working year-round with local communities. Similar trust has been established with the relevant ministries by WCS’ central office, located in Kabul, through continuous presence and assistance.

Results are impressive. More than seven pieces of environmental legislation were enacted; 10,000 Afghans received conservation training; the first biological surveys in 30 years were completed (which doubled as crucial skills development exercises for Afghan scientists); the first wildlife/domestic stock disease assessments were accomplished, with corresponding human health effects, plus many more exemplary achievements. One of the more intriguing results was WCS’ ability to build local governance in the most remote communities, thus connecting communities that had seen no real government representatives for years. This link extended to District authorities then to Provincial authorities, and finally to the Kabul central government. This extension of Afghanistan’s rule-of-law is paramount because it improves governance, which is one of the more crucial strategic needs in the country today.

How was a non-governmental conservation organization able to contribute to improving governance and rule-of-law? It is simple. Wildlife conservation is usually a non-confrontational issue, and most people, when exposed to the process, take an active interest and express opinions. Rural people have grown up with and are surrounded by wildlife everyday; they have local knowledge and feel comfortable discussing how things have changed. They want to be empowered to make natural resource decisions in the areas in which they live. WCS staff encourages local people to discuss species protection with their local and provincial governments. In some instances, WCS workers have taken government officers into communities that cannot recall ever seeing a government official. These processes and contacts evolve and can be used as basis for non-conservation related discussion. These processes and relationships become the building blocks for extending governance and empowering local communities. And, the process works. 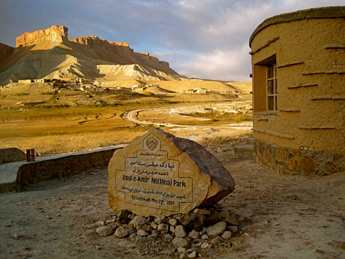 One major result from the past four years of work has been the establishment of Afghanistan’s first National Park at Band e Amir in Bamiyan province. Although a great source of national pride, the National Park’s governance may be an even greater achievement for the country. Enshrined in the Environment Law – the first law passed by the new Afghani Government – is the requirement of local community involvement in the operation of protected areas. In Band e Amir this led to, with WCS on-the-ground assistance, the formation of a democratically elected protected area committee from among the 14 communities located within the Park – the Band e Amir Protected Area Committee (BAPAC). Although provincial authority representation is also part of this committee, the majority must be from the local communities. BAPAC approves all development activities in the National Park and oversees day-to-day operations.

WCS furthered its impact by encouraging the government to establish a working group on benefit sharing for protected areas. Committee representation, which originally included the Ministry of Agriculture, the National Environmental Protection Agency, the Ministry of Finance and the Ministry of Justice, was enlarged to include Wakhan Pamir Association representatives (a community association from Badakhshan’s Wakhan District established with WCS assistance) and the BAPAC. This allowed local community members to interact directly with high central government officials for the first time. 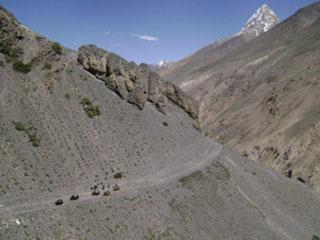 At first, the issue of how local people could gain direct revenue share without contravening the Constitution and finance legislation (which states that revenue generated must go to the central government) seemed insurmountable and led to lively discussion. Upon re-examination of existing contract law, per WCS suggestion, all parties agreed that changes were possible. Thereupon, thanks to WCS sponsored legal assistance, the first benefit sharing contracts were signed between the central government and local communities in Band e Amir for National Park revenue generating activities. Upon successful implementation, similar contracts could be used in other areas of Afghani enterprise. This is yet another example of conservation initiatives having a much wider effect.

As a result of WCS successes, USAID has agreed to continue supporting some aspects of the Society’s Afghanistan program during the next three years. Within this timeframe, WCS is planning to help the government declare more protected areas with corresponding local community control and to expand the benefit sharing contract process. The community development work will expand from the Wakhan district to other areas in Badakhshan province and the work in Bamiyan will expand to the Ajar Valley north of the province. An integral part of this new program will be a conservation education effort in village schools with additional support to the local Ministry of Agriculture Irrigation and Livestock (MAIL) and NEPA offices. The push is for local people to become increasingly aware of the need to protect their resources and to help empower them to do so. 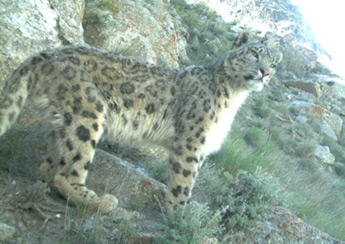 Even with continuing USAID support, the financial commitment is insufficient. As a result, WCS is seeking additional conservation funding for two crucial areas in Afghanistan. One is for work in the eastern forested regions, which must continue. One of the country’s only remaining forested areas, it not only contains unique biodiversity, but also unique cultures in danger of extinction. The Nuristan people are renowned for their wood carving and artisan skills. A way must be found for them to regain control of their forests by encouraging them to continue their crafts, thereby increasing their livelihoods. Only by such efforts, proven to be one of the most effective forms of natural resource conservation, can the remaining forests be protected by these indigenous people. WCS’ community empowerment experiences make them uniquely qualified to lead such a mission.

The other project – the “priority zones” project – may be unique in the world. It combines with WCS’ two-year-old Program of Work on Protected Areas (POWPA) funded by Global Environment Fund (GEF) and USAID. This extensive, biological resource assessment was thoroughly researched with the finalized data entered into a Geographical Information System (GIS). The resultant country-wide map was then overlaid with a 50 km by 50 km grid graded according to information, producing a “priority zone map” with colour-coded grid cells showing the richest remaining biodiversity. The priority zone project will travel to these grid cells for rapid biodiversity assessments in order to propose protected area status where appropriate. 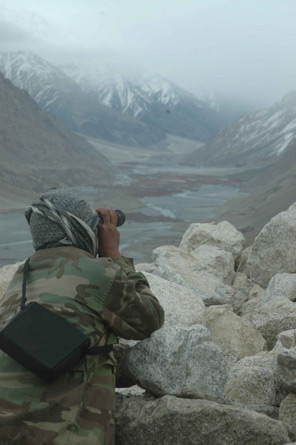 This entails major capacity building as WCS plans to use provincial and Kabul university students to complete these surveys under expert international supervision. The end result will be a series of protected landscapes resulting in the highest long-term good, rather than protected areas accumulated via unwanted bits and pieces of land, which is the current situation in most countries. This process in Afghanistan would be a test case showing the effectiveness of protected areas judiciously based on science. Given the status of worldwide biodiversity loss, the benefits could lead to similar efforts in other countries, which might slow or, perhaps, even stop the loss of biological diversity – a process which all countries have pledged to support.

WCS is committed to Afghanistan and its people. The country team is established and consists of over 50 national staff members who grow in skill and confidence every day. They train and mentor everyone from government officers to community members. They are trusted partners who can be relied upon to give sound advice and information on an ever-wider range of natural resource issues in Afghanistan. WCS also realizes that it can do more if resources can be found to expand and to sustain its efforts. The Society’s hope is for Afghanistan to become a peaceful and thriving country with a secure environment and wildlife in abundance. 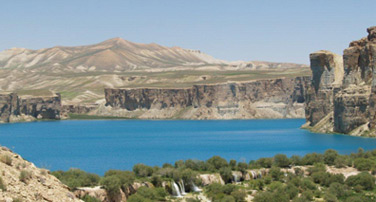