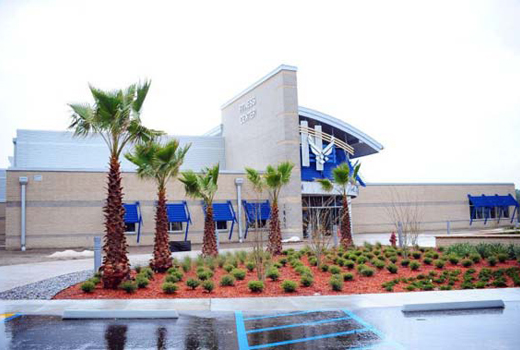 Ihave been earning my way in resource conservation for the past 28 years with relative success. My employers and clients are saving more than $15,000,000 per year while lessening their negative impact on our climate. Like many outsiders, I have always considered the Department of Defense (DoD) to be the biggest resource hog around so I decided to finish my conservation career trying to bring wisdom to these non-believers. In July 2010, I started working at Dover Air Force Base (AFB) in Delaware as the Resource Efficiency Manager, and I’m amazed at how serious the Air Force is about conservation. I wish I had done this sooner!

In past years, I spent most of my time fixing building problems and folding-in improved efficiency whenever and wherever it made sense. My biggest projects were usually “sold,” or allowed, based on benefits other than energy. For instance,

Another way of “selling conservation” is to work out a financing arrangement that avoids any negative cash flow. Cost savings service the financing while providing the desired benefits “for free.” The only projects I have ever “sold” strictly on the basis of return-on-investment had less than three year paybacks. 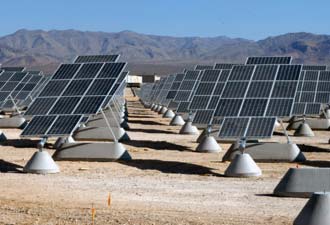 Now that I am working for the Air Force, I am being pushed to develop cost-effective projects that are justified based on life-cycle costs. The Air Force (AF) is particularly interested in renewable power generation even though those projects do not fall into the commercial sector’s criteria for a three year return-on-investment. In the AF, we use a life-cycle cost analysis tool that produces a Savings-to-Investment Ratio (SIR) based on net present value and all avoided costs. The Air Force will generally fund any renewable project that shows even a modest SIR and pays for itself within the project’s useful lifespan. The rest of the projects compete for available funding based on the SIR. The bottom line is that projects are funded based on the total cost of ownership rather than emotion.

In the Air Force, my “sales” efforts are minimized because my success is based on identifying cost-effective ways to conserve resources. The AF encourages me to develop comprehensive projects rather than picking low hanging fruit and leaving the less desirable opportunities to rot. Again, logic prevails.

So why are the Air Force and Department of Defense so proactive about efficiency? I don’t believe they are a bunch of tree huggers who want to return to a simpler life. Here is what I think:

1. They believe that human excess consumption is resulting in climate change, and climate change will result in increased worldwide problems such as starvation, natural disasters, disease and fights to control the remaining resources. The US cannot afford to increase worldwide police action, but we cannot afford not to when problems get worse.

2. If we are to keep effective forces where they are needed, we must learn to transport them and their supplies more efficiently. Furthermore, our forces and allies must operate more efficiently at the front lines in order to free up additional necessary resources for the warfighter. They call this concept “more tooth and less tail.”

3. Oil keeps our military going, and the US neither contains nor produces sufficient amounts to accomplish this mission. We must improve our force efficiency and reduce our oil dependence by developing alternative fuels, or we could find ourselves without enough oil when we need it most.

4. A final benefit of the DoD conservation efforts is that money spent on conservation projects purchases US made products that are installed by our neighbors. This partnership stimulates our economy. 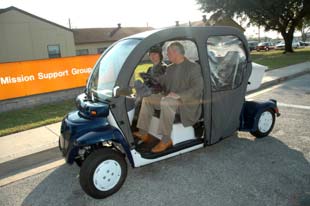 We need a cultural change where everyone, civilians and military alike, strive to do everything more efficiently in every aspect of our lives. If we reduce travel by coordinating our activities and use the economy car instead of the gas guzzler, we will make more oil available in the US and reduce climate change. If we use less electricity, we will reduce the production of greenhouse gases at the generating plant. If we purchase local and American-made products, we will reduce transportation wastes and keep our money near home. Everyone can follow the lead of the US Air Force by incorporating resource conservation efforts into their daily activities and purchasing decisions.

Finally, I must thank our folks in uniform for making the world a better place. 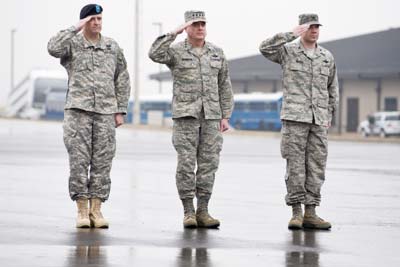