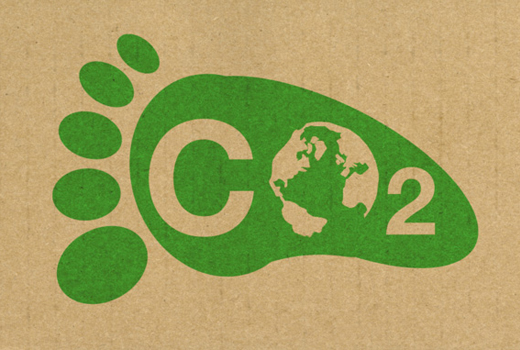 Climate change, grain shortages, reduced cropland productivity, soaring food prices – all these problems are converging at once, as if nature is in full-scale revolt. But none of these crises, though alarming, are problems in isolation. Rather, they are symptoms of one single, overarching dilemma. Humanity is simply demanding more from nature than it can provide. The world is facing a new limiting factor: the capacity of the planet to provide the ecological services its economies, infrastructure and lifestyles require. Waning availability of and access to resources has always been a tinder spark to conflict. But what was once a localized issue has now acquired global dimensions. And, it is making even the most influential world powers, such as the U.S. and China, systematically more fragile.

Anyone Have an Extra Planet?

Throughout the vast majority of human history, mankind used nature’s services (for example, for producing raw materials; such as trees, fiber and food; for absorbing waste, such as CO2 emissions; and for converting it back into resources) at a rate well within what nature was able to regenerate. In the 1970s, however, human demand began outstripping sustainable supply.

We know this by means of Ecological Footprint accounting, which tracks human demand against nature’s supply the same way a bank statement tracks expenditures against income. The Ecological Footprint measures the amount of productive land and sea area it takes to produce all the resources a population consumes and to absorb its CO2 emissions. It compares that to biocapacity or the amount of ecological services nature can provide. This is measured in terms of the planet’s surface that is biologically productive.

In 2007, the most recent year for which data is available, humanity’s Ecological Footprint was 2.5 times that of 1961, and it exceeded by one-half Earth’s biocapacity. Simply put, people are using resources at a rate it would take 1.5 Earths to sustainably support. (Get complete Footprint data and results.)

Climate change is the most prominent consequence of ecological overspending. As climate change increasingly impacts biological productivity and resource availability, it also widens the debt between what people need and what nature is able to produce. Pressure is also felt elsewhere: Food production is limited by water, land and energy availability; and forests, particularly in the tropics, are severely impacted by growing human demand. This all adds up to tremendous pressure on an already overtaxed resource base.

In fact, climate change is already squeezing ecological output: shortened growing seasons, droughts, floods – all wreaking havoc with global food supply. If atmospheric carbon concentrations continue to increase, biocapacity will come under enormous stress. At the same time, failure to secure a cooperative international response to the climate crisis will set a poor stage for negotiating other resource challenges. And, it may undermine the current trust needed for international trade. No matter which way the future goes, access to renewable natural resources is becoming a critical limiting factor. In the 21st century, biocapacity will be king.

The Next Debt Crisis

Today more than 80 percent of the world’s population lives in countries with a biocapacity deficit. In other words, they use more than they have. Countries maintain these deficits by importing resources (either as raw materials or embodied in goods), by further depleting their own stocks and by accumulating CO2 in the global commons of the atmosphere and ocean.

Traditionally, leaders have not considered biocapacity deficits in the same manner they have financial ones. Nor have they treated biocapacity reserves with the same careful management as they would an abundance of financial wealth. Yet, in the coming years, these factors will become increasingly important to a country’s world influence, as well as to their economies and societies. This situation is particularly precarious to countries with mushrooming biocapacity deficits coupled with rising economic deficits and diminishing global purchasing power.

Much attention has been paid in the last two years to the fiscal deficits in Greece, Italy and neighboring countries. But these countries also face another deficit with far greater potential for social and economic upheaval. Between 1961 and 2007, the Ecological Footprint for the Mediterranean region has increased 38 percent from 2.4 global hectares (gha) to 3.3 global hectares per person. (Global hectares are hectares standardized for world-average productivity; a hectare is approximately 2.5 acres). At the same time, per capita biocapacity has dropped by a similar margin from 2.1 gha to 1.3 gha. The region’s ecological demand is now almost three times its biocapacity.

This gap indicates that the region relies upon external ecosystems to operate its economy and to provide for its residents. At the same time, in the last 30 years, its major trade partners have shifted geographically. Formerly, more had biocapacity reserves (e.g. Canada, Scandinavia, South America) while the present ones are running biocapacity deficits (e.g. U.S., China, non-Mediterranean European states). This situation hints at potential restrictions in the ability of Mediterranean countries to import resources. This can, and already has, undermined the region’s economic stability.

At the very least, the region is likely to face increased cost for importing resources. But its global purchasing power is also decreasing. Negative biocapacity trade balance in natural resources, as indicated by the Ecological Footprint, coupled with financial decline, as indicated by GDP, is causing an increasingly unfavorable economic situation. This has the potential to radically erode Mediterranean Region countries’ long-term capacity to remain competitive and to provide for their residents’ well-being.

China: Too Big To Fail?

Countries in weak economic situations are not the only ones facing risks as global resource competition heats up. Similar to Western democracies, China banks on economic expansion as a way to keep its constituency happy. Its leaders have understood the resource crunch for decades – far better than any large nation. They have prepared for decades to access resources from abroad, have adopted strict limits to population growth and have reforested devastated areas while carefully managing urbanization pressures.

But how long will it be possible for China to extend its economic growth? According to the International Energy Agency (IEA), the country’s energy consumption was one-half the U.S. in 2000 and more than the U.S. in 2009. Today China has the largest biocapacity deficit of all nations; it takes about 2.2 Chinas to support their current domestic demand. (Read the China Ecological Footprint Report 2010.) There simply isn’t enough planet for China and other large economies to expand for extended periods. The squeeze on resources will drive up prices, which will not only affect China and its plans for growth, but resource-intensive economies everywhere.

US: Feeding a Resource-Hungry Economy

In 2007 the United States’ total Ecological Footprint almost equaled that of China, although it has only one-quarter the population. Together, the two countries accounted for almost one-third the global demand for world ecological services. At eight global hectares per capita, the average Ecological Footprint in the U.S. is one of the largest in the world – 60 percent more than Germany, the United Kingdom and Switzerland, countries with similar income levels. If everyone on Earth lived like the average American, it would take the resources of 4.5 planets to sustainably meet their needs.

The U.S. has gone from being a country with a huge biocapacity reserve to being a country with one of the largest biocapacity deficits. In spite of its geographic size and abundant natural wealth, the ecological services required by Americans now exceed by 150 percent what the country’s ecosystems within its borders can produce. That means U.S. residents are relying more and more on increasingly constrained ecological services from abroad. In a world with ever increasing competition for ecological services, how will the United States be able to meet its long-term needs as inexpensively and reliably as it has in the past?

Acting in a Country’s Self-Interest

Adjusting to resource constraints is not a burden that some nations need to shoulder for the good of the world. It is the single best thing a country can do to secure its own long-term stability and security. Governments are locked into patterns of resource consumption that are legacy decisions – making it more difficult and costly to effect a smooth forward transition.

Traditionally, government leaders have adopted an attitude of “wait and see” what others countries are willing to do before taking action on their own. However, the less governments do, the more rapid the resource squeeze will be, thus making America’s current infrastructure and economic systems dangerously outmoded. In this new era, countries can no longer understand conflict and economic security without looking at the global and national resource situation. And, the U.S. cannot prepare for a secure and prosperous future without aggressively addressing its ecological risks.

Mathis Wackernagel is founder and executive director of Global Footprint Network, a nonprofit research organization (http://www.footprintnetwork.org/en/index.php/GFN) , which supports creation of a sustainable economy by advancing the policy-utility of the Ecological Footprint. The goal is to make ecological limits central to decision-making everywhere. Wackernagel has lectured at more than 100 universities and worked on sustainability issues for organizations on all continents but Antarctica. He created the “ecological footprint” concept for his doctoral dissertation with Professor William Rees.