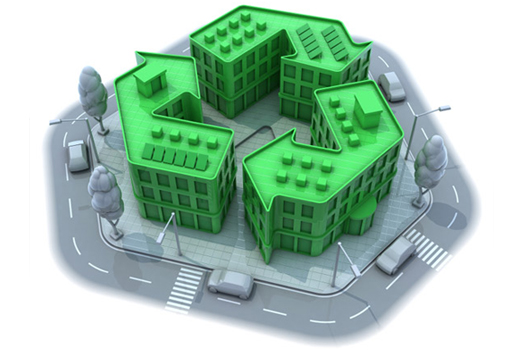 ittle more than a decade into the 21st Century, America faces at least three formidable challenges. This first challenge is to act immediately and proactively to develop plans for relocating large populations of people living in harm’s way along U.S. coastal areas affected by sea level rise. The second challenge is to create jobs and to “fire up” our economic machine. The third challenge is to restore our national spirit. Paraphrasing Abraham Lincoln, we must bind up the nation’s social and political wounds and deal forthrightly with those divisive issues and arguments that have torn us apart. Why not solve these three problems at once? In doing so, I propose America set a goal of building a new, ultra-modern city from the ground up – literally and figuratively – within 10 years.

In the aftermath of the Sandy disaster and amid the rush to restore homes, businesses, infrastructure and, indeed, people’s lives, we should take time to learn the lessons of sustainability and to implement green technology in new construction in America. That said, I am not advocating the arguably futile effort to rebuild affected coastal areas. We need something much grander; we need to consider building new cities from scratch. The reasons are compelling. We are all aware of sea level rise and the whopping 53 percent of Americans living along coastal areas that, as both Irene and Sandy have amply shown, are highly vulnerable to severe storms reaching further inland. We can do more than pay out billions for each storm disaster, which is why I see a tremendous opportunity here.

“. . .focus has escalated into military conflicts while domestically it has deflated our sense of promise and freedom through terror scares. . .”
Let me digress to discuss the two other major challenges facing our country today, which are related, and then detail my proposal to solve all three problems at once. The first issue is America’s desperate need for more jobs – quality jobs that will enhance living standards for all U.S. citizens. These newly created jobs must be predominantly focused on sustainability while providing for adequate housing, employment and health care for our population.

The second issue is America’s loss of its national spirit and purpose as evidenced so profoundly in an election more divisive than ever. For too long now, since 9/11, what might be defined as our national will has devolved due to our “war on terror.” Overseas, this focus has escalated into military conflicts while domestically it has deflated our sense of promise and freedom through terror scares, burdensome security measures and endless debates about which personal liberties must be sacrificed in the name of homeland security and anti-terrorism.

Why not fix these three major challenges – repair our national spirit, create quality jobs and mount a beneficial and proactive response to sea level rise along our coasts – at the same time? 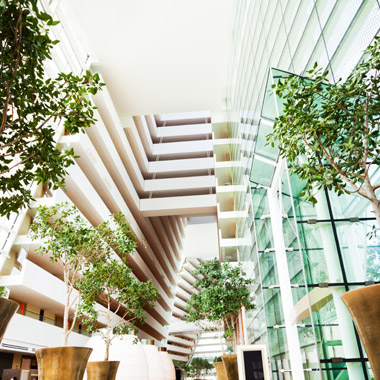 The New City should also include a sophisticated network of bicycle and pedestrian pathways safe from motorized traffic and designed to provide easy access for commuting, not to mention shopping and recreation. And, I propose building the New City within 10 years, both to have maximum impact on immediate and substantial job growth and to provide new and affordable residential housing. This will enable us to begin the necessary and, many believe, inevitable process of relocating America’s most at-risk population from our coastal regions.

Think about how exciting and inspiring such a project would be: an entire city, completely preplanned and using only clean energy, designed with people-moving capability to minimize environmental impact and to eliminate pollution with its negligible carbon footprint. Consider a sampling of benefits such a project would provide:

The latter point bears expanding upon because it is another boon for sustainable development and American jobs. The National Oceanographic and Aeronautics Administration (NOAA) estimates that environmental-habitat restoration projects, such as dam removal and coastal wetlands restoration, typically create about 17 jobs per every $1 million invested. In some cases, these projects create as many as 33 jobs per $1 million invested.

“Imagine what we could accomplish if we had the opportunity to rethink and redesign the way we live...”
The New City could be a testing ground for new ideas and innovations designed to maximize sustainability and advance green technology, which may be applicable for retrofitting America’s older cities. This same idea can be exported around the world to other countries facing similar outcomes from sea level rise.

Imagine what we could accomplish by creating a city in which the entire, coordinated transportation network is powered by green energy. Imagine what it would mean for the electric car industry if convenient green power charging stations could be located strategically throughout a city at every parking lot or garage. Imagine if people could commute easily and safely to and from work using preplanned bicycle paths and pedestrian walkways far away from passenger vehicles and trucks. Imagine if we could pre-wire homes and offices to reduce healthcare costs by being able to monitor people at risk rather than keeping them in hospitals or healthcare facilities. Imagine what we could accomplish if we had the opportunity to rethink and redesign the way we live from the ground up.

What I envision in this opportunity is a unique and innovative way to marry the benefits of sustainability and green technology with the creation and mobilization of a noble and worthy national peacetime goal that will excite the imagination and release the energy and passion of Americans within a common goal. This goal, with its multiple noteworthy benefits, is a proactive and viable solution to the threat of sea level rise, climate change and the job crisis – all at the same time.

Todd Durant is an information technology professional with 25 years of experience solving complicated communication and infrastructure problems for large corporations around the world. He is also chairman of the Planning and Zoning Board for a Dallas suburb where he lives with his family. Durant is the author of Build the New City: How America Can Create Jobs and Meet the Challenges of the 21st Century, where he outlines the details of his above ideas.