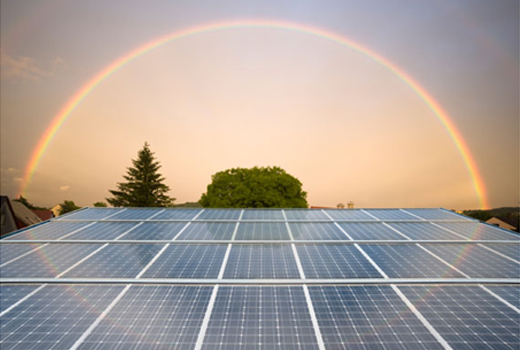 With budget dollars harder to find for energy and facility upgrades, solar power projects are offering new ways to cover and reduce costs. While it is unlikely with current technology that solar power will replace fossil fuel as our largest source for electricity2 , solar power is a crucial component of renewable energy production. An important and evolving concept in building and community design is to decentralize power production so each building achieves zero-net energy consumption3 , and solar power is the most adaptable solution in achieving this goal. The Federal government and many states are finding creative ways to encourage public and private investment in solar power projects. The resulting incentives have allowed solar installation companies and their investors to develop profitable business models in selling these projects to property owners. The extent to which these projects pass on value, opportunities and risks to property owners vary greatly, so it is important to understand the negotiable aspects and structure of the deal. Continue reading for tools to make more informed decisions as a property owner considering a solar power project.

The use of solar photovoltaic (Solar PV) systems has been growing throughout the world as a clean and renewable source of electricity. In 2009 Solar PV accounted for almost 16 percent of new electric power capacity additions in Europe4 , and the United States added an estimated 470 megawatts
(MW)5 . In October 2010 an 80MW solar farm, the world’s largest operating photovoltaic facility, came online in Ontario, Canada. It will power 12,800 homes6 .

Development of the U.S. Solar PV industry has been driven by a variety of incentive programs provided by various levels of government and private utilities. In addition to Federal tax incentives, states and public and private utilities also offer rebates and renewable energy credits that offset the capital costs, encourage financing and, in a growing number of transactions, reduce the property owner’s initial capital outlay to zero.

Unused surface area can now help lower energy cost and, in turn, reduce carbon emissions. Typically, systems are installed on roofs, parking area canopies or ground mounted in open areas. Infrastructure conditions, such as of the roof and electrical distribution system equipment, will impact the true cost and value of a Solar PV project on any property. However, the expense of required upgrades can be priced into the project costs.

To encourage investment in renewable energy, the Federal government allows a 30 percent tax credit of equipment cost (including labor cost for installation and fees) that uses solar energy to generate electricity. 7 Unused credits can be carried forward for up to 20 years for commercial property owners and up until 2016 for residential. If construction begins before the end of 2011, in lieu of a tax credit, commercial taxpayers can receive a grant in the same amount from the U.S. Treasury Department8 .

An additional tax incentive is the accelerated depreciation under the Modified Accelerated Cost-Recovery System (MACRS). Under MACRS, businesses may recover investments in solar technology (as well as other renewable energy technologies) through depreciation deductions over a five-year period. Solar facilities put into service during 2010 are eligible for 50 percent depreciation in the first year9.

A number of states have legislated a Renewable Portfolio Standard (RPS) – a regulation that requires increased energy production from renewable energy sources. An RPS creates a market demand within a particular state or region for tradable renewable energy credits that can be sold for cash. Solar Renewable Energy Credits (SRECs) are credits existing in states that specifically require solar energy to make up part of the portfolio. A Solar PV system generates a SREC by producing a MW of electricity. Property owners can sell their SRECs through spot market sales or long-term sales contracts, dramatically shortening their investment recovery period. Although RPSs vary between states, New Jersey has experienced successful growth in its SREC market, thus making it a favorable location for solar power projects. The state has achieved 200 MWs of solar capacity with more than 6,800 projects10 .

Public, private and non-profit entities unable to take advantage of Federal tax incentives, either because they do not pay taxes or do not produce enough income, can partner with a third party solar company and still gain the benefits of energy cost savings and stabilization of rate escalation with zero capital investment or payout obligation. By leasing the part of the property that will be used for the Solar PV system (such as the unused roof space), the solar provider will own the Solar PV system – and the tax benefits and SRECs – and sell the electrical output to the property owner. The property owner will gain substantial savings on their energy costs (not only by price per kilowatt but, more importantly, by reduction in escalation over a 15 to 20 year term) and the satisfaction of replacing a portion of the energy they consume with clean solar power. This arrangement is governed by a Power Purchase Agreement (PPA).

Conceptually, the PPA is a simple agreement. However, its terms (which are full of technical and electrical jargon) reflect the economics of a sophisticated SREC marketplace and transfer risks that require specialized expertise to understand and to negotiate. Unfortunately, by the time the property owner selects a solar provider and receives the proposed PPA, much of the potential value will have been given away and unnecessary risks unwittingly assumed. Why is this? 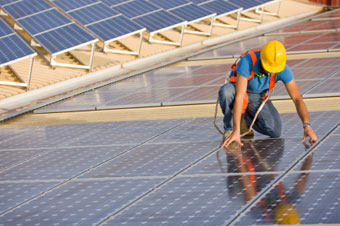 Solar providers each have their own form PPA that is carefully drafted to ensure the uncertainty and risk is shifted onto the property owner who is rarely in a position to assess and shoulder these risks. Even with the aid of an experienced attorney, it is a difficult task to negotiate each of these provisions back to neutral terms because they start out so unfavorably to the property owner. What is left is a PPA that locks in the owner while allowing the solar provider numerous outs to walk away if the deal no longer seems attractive enough to move forward. Although these terms are generally driven by criteria established by the solar provider’s investors and financiers, they often have more flexibility than their form PPA will indicate. How can an owner maximize the value received through a solar project? The answer is simple – shop around. However, it is important to be in the right store, with the right shopping list.

As the owner, the first step should be to engage an independent advisor to act as representative and to help develop a term sheet – a shopping list – that reflects the specific needs and characteristics of one’s own property. This term sheet is used to draft a request for proposal (RFP) that will be distributed only to pre-qualified solar providers. The owner’s representative will know the capabilities of the players in the marketplace by their prior deal experience. Inviting to propose only pre-qualified solar providers, known to have the capacity and skill-sets to deliver, will save time and money, and ensure reliability during the operational life of the project. The owner gains several advantages with this approach:

There are a number of traps and pitfalls to avoid during a PPA negotiation. Some issues to be aware of include the following:

Likewise, it is important to make sure the Solar PV system is appropriately sized so it does not consistently generate more power than the property consumes over a 12-month period. When the property needs power, the electricity will be drawn from the solar panels and the remaining need will be drawn from the utility. When the property needs less power than is produced by the solar panels, the excess electricity will be sold onto the grid at the retail rate. This will create a revenue stream that will offset energy costs and can often be seen on the utility bill. However, although every state is different15, generally after 12 months as a net producer, the utility could apply a wholesale rate that may collapse the financial model supporting the project.

5. The Future is Bright

Solar power projects are full of opportunities to lower operating costs and finance facility and infrastructure upgrades. When structured correctly, these projects are a win-win for all parties. In this difficult economic climate, it’s time to get creative with financial resources, so feel free to tighten up the purse strings and clean up the roof instead. 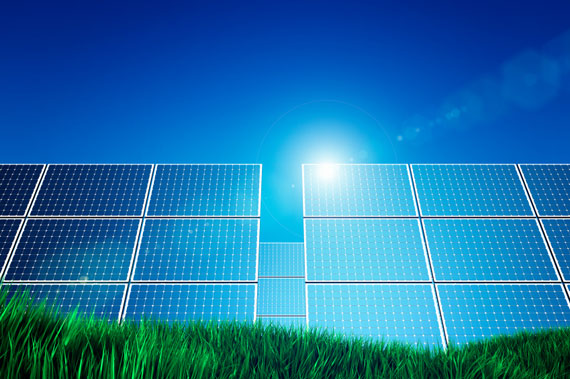