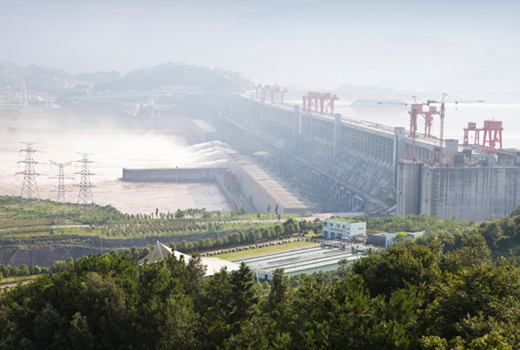 Use power or take a shower? Surely this trade-off is one everyone would like to avoid. Yet, it takes water to make energy, and it takes energy to produce, treat and transport water to users. This interrelation is often overlooked in the production of each resource. If not proactively managed together, water or energy production can have unintended negative consequences on the other. Efforts to minimize fresh water use can increase energy requirements just as efforts to minimize energy use can increase fresh water requirements. Furthermore, efforts to reduce carbon emissions from energy production can also increase water and energy requirements. Given this three-dimensional relationship, optimum selection of an energy resource, production method, carbon mitigation and water system design is a balancing act specific to local constraints.

How Much Water Does it Take to Turn on a Light Bulb?

Water consumption by range of power sources is shown in Figure 1 with and without CCS. The consumption factors are based on a cooling system in which the effluent cooling water from the steam cycle condenser and other water is cooled in a recirculating evaporative cooling tower. The water intensity of power generation by natural gas is lower than all other energy types except for photovoltaic solar and wind energy. The addition of CCS increases water intensity by 50 percent for Integrated Gasification Combined Cycle (IGCC), 80 percent for Natural Gas Combined Cycle (NGCC), and 90 percent for Subcritical and Supercritical Pulverized Coal power plants. 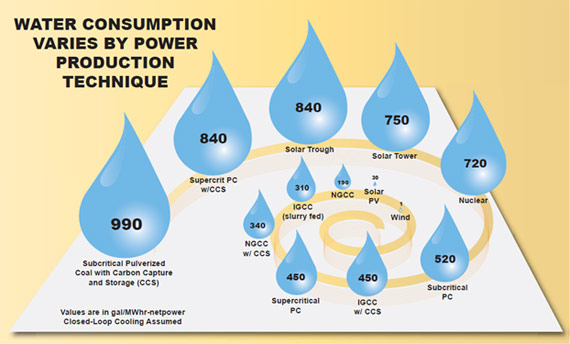 Power Plant Siting and Production are Constrained by Water Issues

Water issues are becoming an increasingly critical factor in energy production operations and development plans. Aquatic species protection efforts have resulted in the proposal of new cooling regulations on both freshwater and seawater. In addition, droughts pose problems for hydroelectric power and cooling operations, and they’ve also been studied for thermal power plants (NETL, 2009b). During droughts or heat waves, surface water temperature can increase sufficiently to prevent the plant from discharging the water back into waterways in compliance with regulatory temperature limits. And, when river, lake or reservoir water levels fall near or below the plant’s water intake level, operations must be curtailed.

The need for balance between energy production, water consumption and movement to low carbon energy is exemplified in recent challenges to power plant siting and incidents at existing power production facilities. Water concerns in new operations’ permitting and in power production interruptions are prevalent worldwide. Figure 2 and Table 1 present a few examples of power plant siting and operation impacted by water issues in the past five years. 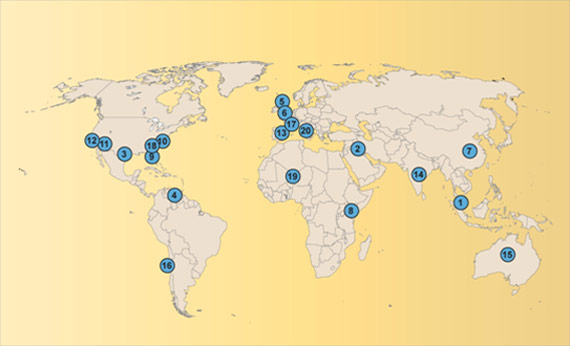 The Trends are not our Friends

While water availability is impacting the power industry now, three trends are projected to cause increased water impacts in the future:

About 40 percent of the world lives in river basins with some form of water scarcity: 1.2 billion people experience physical water scarcity while another 1.6 billion experience economic water scarcity where human capacity or financial resources are likely insufficient to develop adequate water resources (UN MDG Report, 2008). Projected population growth to 8.1 billion by 2030 and 9 billion by 2050 will further strain water supplies as demand for water increases for personal use, sanitation, energy production and food production. Water use has grown at more than twice the population rate during the past century and is predicted to increase as the world’s population continues to industrialize. Research suggests a 60 percent increase in world energy needs in 2030 compared to 2002. Water is needed for all types of energy production, so expansion of energy supply will affect water resources (WWAP, 2009). In addition, projected climate change impacts are likely to exacerbate existing water risks and cause new ones to the energy industry. The projected impacts of climate change include:

The Solution Hangs in the Balance

Optimizing and balancing complex trade-offs in the energy/water nexus requires multi-fold consideration of energy use, carbon emitted and water consumed. Significant global attention and investment has been focused on reducing carbon emissions in the past few years. Energy measurement and carbon reporting is widespread. But, if the energy/water nexus is to be balanced, water must be optimally managed with energy use and carbon emissions.

Will people be able to use power and take a shower in the future? Yes, if mankind realizes that sustainable energy production requires more than driving down carbon emissions. It requires an understanding that water is a critical component in the delicate balance to secure access to both precious resources.