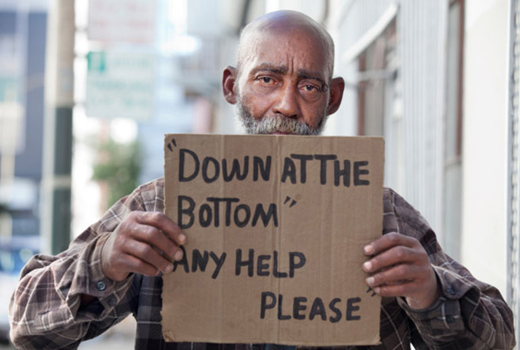 Climate Reform & Social Justice: A Plea for Parity in Communities of Color

by Hilary O. Shelton, Director of the NAACP Washington Bureau and Sr. Vice President for Advocacy and Policy February 10, 2013 Comments Off on Climate Reform & Social Justice: A Plea for Parity in Communities of Color  Columns, Diversity Matters

With the devastation from Hurricane Sandy fresh in our minds, it is time to deliberatively address the menacing climate change concerns that are facing our planet and their disparate impacts on communities of color. With this in mind, we must also recognize and address the air pollutants contributing to issues of climate change. In 2005, many thought Hurricane Katrina would force politicians and decision-makers to pay attention to the buildup of harmful greenhouse gases in our atmosphere and to build momentum for change. Yet here we are again, seven years later, rebuilding after a catastrophic super-storm, which ravaged the Caribbean and U.S. Atlantic Coast. During the election season, the topic of climate change was barely broached. However, President Obama gave it some much needed attention in his victory speech. And, as many know, the National Association for the Advancement of Colored People (NAACP) and our allies in the environmental justice movement have been speaking with a sense of critical urgency on this issue for years.

In July 2011, delegates at the NAACP 102nd Annual Convention unanimously passed a resolution reaffirming the need for strong regulations on coal plant pollution. In September, we spoke out to oppose the “Stop the War on Coal Act” (H.R. 3409), which passed the U.S. House of Representatives in September 2012. The Bill would have severely rolled back the powers of the Environmental Protection Agency (EPA) to protect vulnerable communities. This included the ability of EPA to set rules on coal-fired power plants regarding greenhouse gas emissions and coal ash storage and disposal.

Too many of our nation’s coal-fired power plants are a danger to the health and well-being of our people. Coal plants around the country, many decades old, are spewing arsenic, mercury, lead and acid gases into our atmosphere. A report by the Clean Air Task Force, a nonprofit dedicated to reducing atmospheric pollution, showed that these emissions are responsible for 30,000 premature deaths, 7,000 asthma-related emergency visits and 18,000 cases of chronic bronchitis in the United States each year.

In September 2012, NAACP President and CEO Benjamin Todd Jealous raised a point too often missed in the debate on coal pollution – its disparate impact on communities of color. In response to the newly passed legislation, Jealous said that H.R. 3409 is “the culmination of years of attacks against the Environmental Protection Agency and is an assault on public health.” He added, “The bill attempts to roll back safeguards against toxic emissions that have a devastating impact on communities of color.” 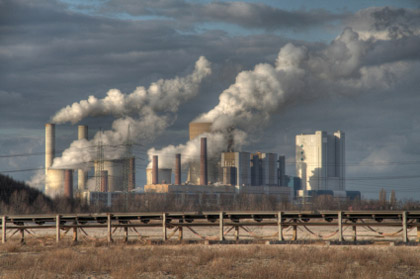 Communities of color are disproportionately exposed to toxins like mercury, arsenic and lead, which are pumped into the air by these plants. Sixty-eight percent of African Americans live within 30 miles of a coal plant. We know from the American Lung Association, American Cancer Society and others that African Americans are twice as likely to die from asthma attacks and are more likely to have lung disease in spite of lower rates of smoking. All of these create a grim intersecting pattern of exposure, impact and deadly outcomes.

In November 2012, NAACP and our partners released a report, Coal Blooded: Putting Profits before People, which ranks the nation’s coal plants based on their level of harmful emissions and their proximity to low-income communities and communities of color. Seventy-five plants scored an environmental justice grade of “F.” These failing plants have a considerable and disproportionate impact on people of color and low-income people. A total of four million people live within three miles of these plants, and they have an average income of just $17,500 while 53 percent are people of color.

One of our constituents recently expressed concern about coal pollution at an NAACP town hall meeting, saying: “Mercury emissions primarily fall locally, so these plants are major contributors to local contamination problems. Additionally, some mercury emissions also stay in the atmosphere and travel longer distances resulting in mercury contamination hundreds of miles away. Unfortunately, that is all too familiar. For me, I know several people who suffer from asthma, cardiovascular disease and other health problems associated with air toxics and poor air quality. It is time to start aggressively addressing air pollution in our communities.”

It is certainly possible for states to get along without coal. Closing the 75 failing plants would only reduce U.S. power production by eight percent, using data from 2005. The study also notes that the 10 states least dependent on coal – Connecticut, Oregon, California, South Dakota, Hawaii, Maine, Alaska, Idaho, Rhode Island and Vermont – produced a combined total of less than one percent of the nation’s coal-fired electricity.

The NAACP is committed to preserving the livelihood of our communities, our country and our climate. In July 2011, delegates at the NAACP 102nd Annual Convention unanimously passed a resolution calling for affirmation of strong regulations to safeguard clean air and immediate action to address pollution from coal-fired power plants. Coal Blooded lays out a framework for individuals, organizations and policymakers to make a just transition from coal to other energy sources.

The NAACP is committed to showing legislators they should support current and proposed measures to reduce pollution caused by coal-fired power plants and other industries that are continually polluting our neighborhoods, our communities and our planet. Measures must be taken to tackle harmful effects of pollution across our country and to address the impact of greenhouse gases and toxins on the environment. Climate change is real, and we see its effects on a daily basis. We must raise our voices and call for stringent reforms to protect all our communities.

Director of the NAACP Washington Bureau and Sr. Vice President for Advocacy and Policy

Hilary O. Shelton is director of NAACP’s Washington Bureau as well as senior vice president for Advocacy and Policy. The Washington Bureau is the Federal legislative and national public policy division of the more than 500,000-member, 2,200-membership unit, national civil rights organization. Prior to this, he served as federal liaison/assistant director to the Government Affairs Department of the College Fund/UNCF – also known as United Negro College Fund in Washington, D.C. Shelton was also federal policy program director for the 8.5 million-member United Methodist Churches’ social justice advocacy agency, the General Board of Church & Society. He serves on a number of national boards of directors, including the Leadership Conference on Civil Rights, Center for Democratic Renewal, Coalition to Stop Gun Violence and Congressional Black Caucus Institute. Shelton holds degrees in political science, communications and legal studies from Howard University in Washington, D.C., University of Missouri in St. Louis and Northeastern University in Boston, Mass., respectively.

The National Association for the Advancement of Colored People (NAACP), founded in 1909, is the nation’s oldest and largest civil rights organization. From the ballot box to the classroom, the thousands of dedicated workers, organizers, leaders and members who make up the NAACP continue to fight for social justice for all Americans. For more information, please go to http://www.naacp.org/.