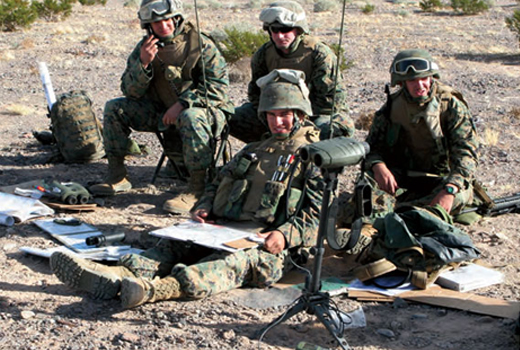 by Alex Beehler, Acting Deputy Under Secretary of Defense (Installations and Environment) August 13, 2008 Comments Off on Conservation & Compatible Land Use  Departments, Knowledge Sharing

It is a scene that is being repeated across the nation. Everywhere pristine tracts of land that have been farmland for centuries — or wilderness for millennia — are increasingly being snapped up by developers looking for the next great home sites that can be marketed as being “away from it all.” (Except sometimes they aren’t.) In the war against suburban sprawl community activists, land trusts and conservation groups have a new ally: the Department of Defense (DoD).

As metropolitan area boundaries extend ever outward from their urban cores, newly arrived residents are discovering they may have some noisy neighbors. Originally built miles from urban areas about the time of World War II, military installations are starting to sit next to homes as a result of runaway development and poor or ill-informed land use decisions.

To address the problems posed by development, Congress authorized the Department of Defense in 2003 to partner with state, local governments and nonprofit organizations such as the Trust for Public Lands, the Nature Conservancy, the Conservation Fund and local land trusts to purchase lands and land easements adjacent to military bases. The result — the department’s Readiness and Environmental Protection Initiative — has helped to create vital buffer zones around the bases while contributing to the preservation of ecosystems and to the protection and restoration of endangered species.

Although a partnership between the Department of Defense and conservation organizations may seem unlikely, the Nature Conservancy had already been working with the Department under the legal framework from a 1960 law, the Sikes Act – which allows the use of public funds to protect wildlife habitat on military installations – when, in 1990, an environmental group threatened to sue the DoD over declining populations of an endangered species, the red-cockaded woodpecker, at Fort Bragg, N.C. 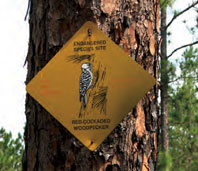 Instead of turning into a long and protracted dispute, the lawsuit was an opportunity for the Department to partner with the U.S. Fish and Wildlife Service and with conservation groups to find ways to improve woodpecker habitat outside the installation’s boundaries.

“This was a pivotal event,” says Rick Studenmund, who coordinates the Nature Conservancy’s work with the Army at Fort Bragg. “What brought us all together was the recognition that what happened to the habitat off post was key to both the species and the Army. We started working together and with willing landowners to create protective buffers on private land near Fort Bragg. This helped to ensure the survival of the species and, at the same time, ensure that the Army could continue to train soldiers.”

Extending the partnership with conservation organizations was a natural fit. Jim Van Ness, an environmental attorney for the Pentagon, explains: “At the DoD we are neophytes when it comes to negotiating and acquiring conservation easements, and we need expert conservation land managers to protect the habitat that we are acquiring. We prioritize the training mission; they work to find and protect the habitat on and off the base. Hopefully, that will let us operate without the constant threat of more restrictions. You could say that we’ve learned the hard way that wildlife makes a much better neighbor to a military base than a subdivision.”

In June 2006 the U.S. Army and the U.S. Fish and Wildlife Service announced recovery of the North Carolina Sandhills population of the red-cockaded woodpecker five years earlier than anticipated – the first recovery ever documented for this species.

Home to more than 30 species of concern and five federally listed endangered species, Fort Bragg is not unique among military installations around the country in having become a de facto wildlife refuge. Its 161,000 acres are also home to one of the largest remaining tracts of longleaf pine and wiregrass forest, an endangered ecosystem that once dominated the Southeastern landscape from Virginia to Texas.

Like other ecosystems longleaf pine depends on periodic fires for renewal. Unlike unprotected areas that have seen a loss of biodiversity because of fire suppression, land on Fort Bragg remains in pristine condition from controlled burns that have been used to keep the forest open for military training purposes as well as from fires set off by munitions and other training. As the Department works with partners to conserve more areas around Fort Bragg, these lands become oases for the red-cockaded woodpecker and other species that depend on the ecosystem for their survival. 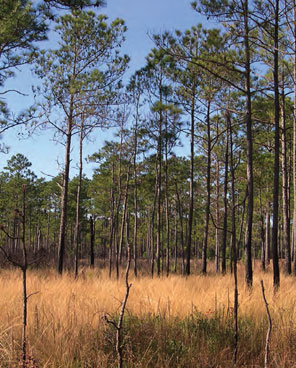 This story is repeated at other military installations – approximately 425 totaling more than 30 million acres – where there are nearly 330 endangered or threatened species. This number is greater than even those found on National Park Service lands, which comprise nearly three times as many acres.

Runaway commercial development poses a problem beyond noise complaints from neighbors in new subdivisions. Running out of habitat elsewhere, species begin to take refuge on military installations. Van Ness says, “While we protected the [wildlife] habitat on our part, it was being lost outside and making ours more important than ever.” Ironically, pressure to save endangered species was one significant factor the Department considered in its 2005 round of base closings (BRAC – Base Realignment and Closures), which led to a powerful argument for surrounding communities in which the environment may not have been a primary concern.

But the military can’t just pick up and open new bases somewhere else, says Bob Barnes, a retired Army brigadier general now working for the Nature Conservancy. “The military has to take good care of the land it’s got because it’s not likely to get any new bases.”

This fact of life means that conservation efforts must be comprehensive. “You can’t just protect one tiny place where the species lives and say you’ve done your job,” explains George Carellas, a former senior Army environmental official. “What if you lose that one place? What if that one place is crucial to some aspect of military training? The buffering strategy is proactive, trying to preserve the ecosystem as a whole – not just pieces here and there.”

Beyond environmental benefits initiated by conservation, other advantages are enjoyable to the public as well. At places like Fort Custer in Michigan and Camp Pendleton in California – the latter of which is a de facto greenbelt between sprawling development of the Los Angeles and San Diego metropolitan areas – preserved lands surrounding the bases are being opened to the public for hiking, fishing and other recreational uses.

Farmers and ranchers have also benefited from easements’ preserving their way of life, especially near plains states’ installations such as Fort Sill in Oklahoma and Fort Riley in Kansas, where an agreement with the U.S. Department of Agriculture’s Natural Resources Conservation Service has provided new opportunities for coordinated conservation.

Additionally, land trusts have a new weapon in their arsenal to preserve open space and an area’s rural character. For example, the Harford Land Trust in Harford County, Md., with funding from the Department of Defense and the Army, now has preserved open space instead of a new development on 269 acres of land adjacent to the Aberdeen Proving Ground’s Churchville Test Area.

Finally, environmental benefits go well beyond the buffering projects themselves. Examples such as those near Camp Pendleton and Marine Corps Air Station Beaufort, S.C., support existing conservation efforts and provide further enhancements. The Northwest Florida Greenway Project, an effort to link Eglin Air Force Base with the Apalachicola National Forest, is providing a vital corridor between two preserved lands for wildlife freedom of movement and biodiversity.

“Complying with environmental laws is not the only reason the military has protected lands on its bases,” says Barnes. “As far as the military’s mission goes, the environment is a stage for practicing the art of war; and soldiers need a swamp to be a swamp, a desert to be a desert.” In the face of increasing development and disappearing habitat for endangered species, the Department is benefiting from more substantial funding to create buffers that improve training conditions for our service members and quality of life for generations of Americans to come. Along the way the Department of Defense is happy to gain new found allies in its endeavors.