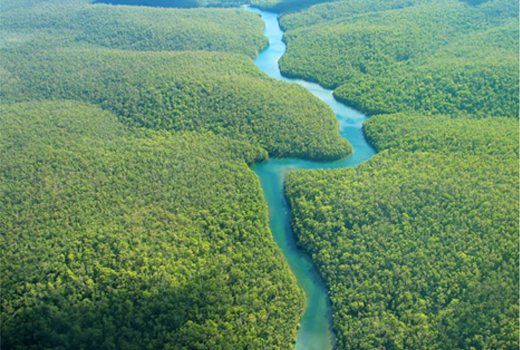 The past two decades have witnessed a shift in conservation strategy by non-governmental organizations (NGOs) and governments around the globe. Within this time span, the driving motivation behind habitat protection has changed from a sole focus on biodiversity with inducement provided by engaging images of creatures like giant pandas that look cute, furry and doe-eyed to the use of ecosystem services – goods and services accruing to society as a result of healthy, functioning ecosystems.

Transition in motivation for reducing habitat conversion has been partially inspired by the Millennium Ecosystem Assessment (MA 2005). The MA highlighted numerous benefits afforded society by healthy, robust natural systems and emphasized specific welfare trade-offs associated with land– and resource-use decisions. As a result, the revised approach to conservation has brought novel players and new energy to attempts to ensure efficient use and conservation of resources.

The traditional conservation approach has focused on preserving unique places and creatures that inhabit those areas. It is driven by belief that, in the absence of protection, human activity would lead to degradation of these areas’ physical components and extinction of species to which they are home. This philosophy is manifest in the introduction of protected regional areas known to support animal and plant populations at risk of extinction if status quo resource use were allowed to continue. This approach may stem from various incentives including: the belief that all species equally deserve the right to life, the value recognition of knowing that wondrous creatures exist on the planet, and the bequest value of ensuring future generations’ ability to experience today’s tangible and emotional benefits of biodiversity.

In early years, the key trade-off in conservation agents’ minds was between the pleasure and value provided by animal harvests, which brought food and money to a limited group of hunters, and benefits provided by these animals’ continued existence, which might be enjoyed by a larger portion of society. On March 1, 1872, Ulysses S. Grant signed the Act of Dedication, making Yellowstone National Park the world’s first national park. Much of the impetus for preventing these lands from being auctioned to private bidders was concern that – in the words of Ferdinand V. Hayden, a tireless advocate of the park’s creation – there were individuals in the region who would “make merchandise of these beautiful specimens” in the absence of protection (Miller, 1999 p. 208).

Since Yellowstone’s creation, understanding of the full suite of benefits provided by nature has increased. In addition to provisions harvested from the wild in the form of plants and animals for food, timber, fuel and shelter, ecosystems provide several other amenities or ecosystem services. Through water filtration, sediment retention, carbon sequestration, climate regulation, storm-peak mitigation and numerous other processes – in addition to support of charismatic animal species – the extant habitat provides services that maintain human existence. As mankind’s knowledge of the benefits afforded by natural systems develops, incentives for provision of these amenities – whose value previously has been excluded from most resource-use decisions – are being realized by entities and interest groups that may have been past opponents of conservation.

China represents more than 20 percent of the world’s population and two percent of the world’s land mass. As such, the country’s attitude toward the environment will play a significant role in determining global environmental outcomes. As its population continues to increase in size and wealth, China is becoming more aware of the trade-offs that exist between land for living and land for support of population needs.

Two major environmental disasters causing significant loss of life and other hardships in the late 1990s – the unprecedented 1997 drying of the Yellow River and the devastating 1998 Yangtze River floods – led the Chinese government to evaluate policies aimed at increasing benefits provided by the natural habitat. These programs focus on water and soil conservation and have experienced widespread support and compliance, partly due to their ability to address multiple associated objectives.

China has experienced a consistent level of flood damage despite heavy investment in structural flood control solutions within the past 20 years. A 1999 United Nations Environment Programme (UNEP) study following the 1998 Yangtze River floods identified the effects of upper watershed deforestation and overgrazing in reducing water storage capacity as key factors aggravating the impacts of prolonged and substantial rainfall. Not only were degraded soils less able to retain water, but eroded soils washed downstream filling river channels, lakes and reservoirs, which reduced their ability to mitigate flood waters (Zong and Chen 2000).

In response to this disaster, the Chinese government developed a more comprehensive system of flood management. They initiated the Natural Forest Protection Program (NFPP) and the Sloping Lands Conversion Program (SLCP) to address impacts of land cover change in upstream portions of watersheds. These programs used billions in Federal funding to ban natural forest logging on 30 million hectares while supporting reforestation of 15 million hectares of sloping cropland, respectively, along the upper Yangtze and upper and middle Yellow rivers.

With greater emphasis on social welfare implications of habitat conservation and conversion, recent conservation actions have focused on services provided by functioning, healthy ecosystems as a means to motivate compliance with such programs. The shift in focus from biodiversity to a broader suite of ecosystem services requires an increased understanding of natural systems and how human activities impact their function. 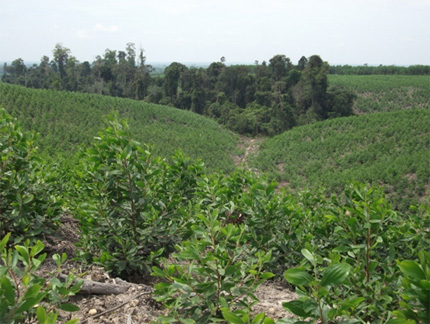 The value of riparian forests as regulators of nutrient and sediment flow into streams and rivers has been recognized by provincial governments on the Indonesian island of Sumatra. As such, regulation exists to maintain forest buffers of varying widths on lands that would otherwise be fully covered by plantations. The above image shows an acacia plantation that produces paper with a riparian forest buffer. In this case, regulation is used to achieve conservation aimed at providing the focal service of interest.

In a broad sense, one can think of patches of extant habitat as jointly providing several different ecosystem services simultaneously. As an example, Sumatra’s tropical lowland forests not only sequester and store atmospheric carbon, they also help retain sediment that might otherwise diminish downstream water quality. Furthermore, they slow the delivery of water and reduce its amount during storm events, thus decreasing damage due to flooding associated with monsoons.

Increased awareness of benefits afforded by natural systems is not unique to the public sector. Earlier this year, Dow Chemical (Dow) announced a partnership with The Nature Conservancy (TNC) to identify its impact and reliance on nature. Dow will contribute $10 million in five years to further integration of nature’s services into business decisions. While this investment represents only a small percentage of Dow’s annual profits, the company has a vested interest in accounting for nature’s services given its reliance on clean water availability in its materials and chemicals production.

This joint effort to better understand links between human behavior and nature’s amenities will require further study of how ecosystem functions translate into societal benefits. This environmental production function explains how different natural landscape processes are converted into ecosystem services of societal value. Precise conditions leading to maximum provision of each ecosystem service are still being identified. And, the impact of parcel characteristics, including habitat type and species composition, is still being explored. Part of the funding available through the Dow-TNC collaboration will be used to develop tools for Dow to track its impact and dependence on ecosystem services – tools which will be made available for other organizations’ use. This program will likely link to an existing TNC partnership, the Natural Capital Project, which is working to develop such tools.

The Natural Capital Project – a partnership between TNC, Stanford University, World Wildlife Fund and the University of Minnesota – is attempting to better identify the suite of benefits provided by different habitat types and to provide this information in a policy-relevant format. Using a multi-disciplinary team of ecologists, economists, engineers, GIS specialists and hydrologists, the Natural Capital Project is developing open-source software to assist policy-makers, NGOs and corporations in better understanding outcomes associated with various land– and resource-use decisions. The software package, InVEST (Integrated Valuation of Ecosystem Services and Tradeoffs), has already been used in several applications around the globe to help evaluate trade-offs related to alternative land-use scenarios.

InVEST represents a conscious effort to provide a simple, though sufficiently realistic, tool to aid in policy and resource-use decisions. Unlike more complex, currently available software that considers only individual ecosystem services, InVEST explores impacts of alternative land-use scenarios on the full suite of landscape services. This important multi-service focus has been demonstrated by some unintended consequences associated with forestry-related carbon offsets as a key conservation mechanism.

Potential Pitfalls of a Single-Service Focus

Carbon offsets exhibit several characteristics that make it an especially attractive ecosystem service with regard to development of financial incentives for its provision. First of all, carbon sequestration is a global public good. In other words, a ton of sequestered carbon is equally valuable to society from a global carbon accounting perspective regardless of where on the planet the carbon is sequestered. This attribute makes it a great candidate for development of a market-based regulatory mechanism to motivate its provision.

Next, while there is still significant uncertainty regarding precise benefits afforded by carbon sequestration and storage, significant attention has been paid to potential climate change damages, thus leading to concerted regulatory efforts to reduce greenhouse gas emissions. Enactment of climate regulation and the expectation of even broader and more stringent future regulation have prompted formation of compliance and voluntary carbon markets. 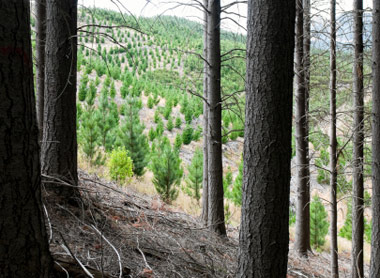 The vision that carbon payments might act as a driving mechanism for biodiversity conservation has also been unfulfilled thus far. While it is true that many of the world’s tropical forests are home to great numbers of endemic species and also store significant carbon stocks, it is not necessarily the case that areas targeted for reduced deforestation emissions and forest degradation (REDD, or REDD+) projects will be the same areas that host most species of interest. Venter et al. (2009) find that cost-effective REDD projects will have minimal impact on conserving habitat that is host to forest vertebrate species. In short, while forests can jointly provide multiple societal benefits, a policy focus on any single benefit will most likely not result in adequate provision of other benefits.

As carbon sequestration and storage is a global public good, carbon offsets have the greatest potential to motivate changes in land-use decisions around the globe. However, embracing these incentives in the absence of consideration for other benefits of natural habitat may fail to result in the landscape offering the greatest social benefit. Identifying and adequately responding to trade-offs that exist with land-use decisions focused on one outcome – be it private profit, biodiversity or a single ecosystem service – is a challenging problem, which will require close collaboration between researchers, policy-makers, government agencies and corporations.

Despite myriad technological advances throughout the course of history, human welfare is still intimately tied to goods and services provided by healthy, functioning natural systems. In the past few decades, an appreciation of the commensal relationship between humanity and the environment in which it exists has led to the introduction of different regulatory and voluntary programs aimed at minimizing the environmental damages of various social activities. This approach to evaluating land– and resource-use decisions hinges on continued development of technology, institutions and policy mechanisms that allow the theoretical benefits of knowledge about the links between human actions and environmental responses to translate into tangible benefits to society .