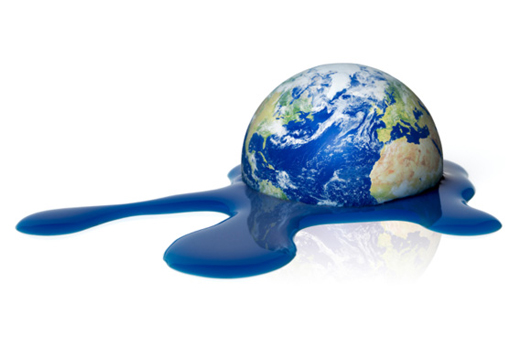 Although an international consensus of scientists agree that global climate change can no longer be denied, many Americans are still skeptical and believe climate change lacks sufficient scientific support. However, not only do scientists agree that increased atmospheric carbon dioxide and other greenhouse gases are raising average temperatures globally, the links between climate change and national security are now being operationally integrated into the Department of Defense (DoD). The problem with the mismatch between perception and science is public misunderstanding, which could have lasting detrimental effects on the way legislators and national security, public health, energy and environmental policy communities are able to respond to this issue. Therefore, more effective communication and educational outreach programs designed to address Americans’ concerns with climate change are crucially important.

Rear Adm. David Titley, Oceanographer and Navigator of the Navy and Director, Maritime Domain Awareness and Space, has a unique, on-the-ground perspective, especially since he is also the Director of the Navy’s Task Force Climate Change (TFCC). Titley explains that climate change is “nothing more than changing geography. It’s changing the very environment in which the Navy will operate in the 21st Century. In that sense, climate change has everything to do with national security.

“For example, the opening of the Arctic Ocean gives western navies the first new ocean in 500 years in which to operate. Certainly over time and probably by mid-century, we will see substantial increases in trade through the Arctic in everything from fisheries to new natural resource exploration and tourism. Our Navy will need to be a readied presence there as a force for good and stability. Likewise, there’s increasing evidence that sea levels could rise quite a bit in the 21st Century. That’s going to impact coastal environments not only for our own military bases but also for substantive parts of U.S. civilian coastal infrastructure and heavily-populated, low-lying coastal regions worldwide. 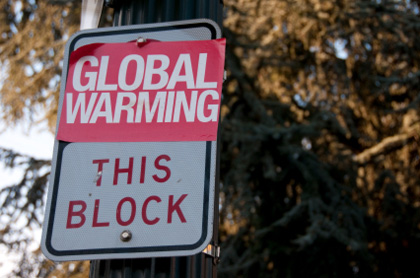 “Another national security component of climate change is that as changes in sea levels, temperatures, rainfall and weather patterns occur, it’s really not known how human society will adapt. If the changes happen faster than populations or technology can adapt, we believe – and this was stated in the Department of Defense 2010 Quadrennial Defense Review – that climate change could then become an accelerant to global instability. In a worst-case scenario, that could call for military forces. It could also increase a demand signal for humanitarian assistance and disaster relief missions.”

Assistant Secretary of the Army for Installations, Energy and Environment Katherine Hammack also identifies climate change as a national security imperative for the Army because “the role and mission of the Army, National Guard and Reserves is to provide for the safety and protection of the U.S. against vulnerabilities. And, we’re vulnerable to the effects of climate. For instance, in Arizona where droughts have occurred for many years, they had huge forest fires in Spring and early Summer 2011. These fires were mostly contained, but at one point the fire was headed for major power lines that supply one of our New Mexico bases.

“Likewise, we saw significant flooding along the Missouri and Mississippi Rivers in 2011. Although none of our installations were directly affected, rising water did come close, and it certainly affected our families and soldiers who live in the flooded regions. Those events made us all much more conscious of the threat that fires and floods can pose to our installations. In addition, extreme storms like the destructive tornados that cut through parts of the Midwest in 2011 were also challenges to our vulnerable infrastructure and national security. So, climate does have a large impact on our mission readiness and is something that we’re all aware of. We need to ensure that we have appropriate mitigation strategies in place.”

Need for Outreach and Education

The general public, however, remains less informed about climate change and its implications. American voter misunderstanding and misinformation could potentially connect to future policy decisions through elected officials. “We look at how public misperceptions of climate change affect national security from the perspective of the policy makers themselves. How does the misunderstanding by the public at large shape the way that policy makers respond to climate legislation?” asks Rogers. 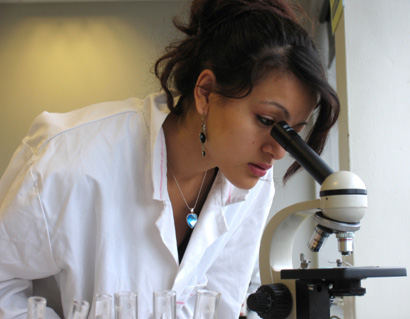 He continues by explaining that in “an attempted answer, CNAS did a study back in 2010 called ‘Lost in Translation’ where we tried to identify the gap between policy makers and climate scientists.i We asked, ‘Why isn’t the information that climate scientists are generating translating to good climate change policy decisions?’ In part, it has been because the issue became so politicized. As a result, despite what the science says, contradictory political decisions are sometimes made.”

George Mason University’s (GMU) Center for Climate Change Communications (CCCC) has been tracking American public opinion on climate change for more than four years. Beginning Fall 2008, CCCC reported a significant drop amongst polled Americans across multiple dimensions including: 1.) belief that climate change is occurring, 2.) worry about it, 3.) perception of how serious the threat is and 4.) belief that humans are causing it.

CCCC Researcher and GMU Department of Communication Assistant Research Professor Connie Roser-Renouf illustrates CCCC’s findings in the 2011 “Six Americas Report.”ii The report, she says, divides Americans into six groups of individuals “coherent in their common set of beliefs about climate change, its dangers and what the U.S. should be doing about it. The two most concerned segments are referred to as the ‘alarmed’ and the ‘concerned.’ These groups comprised more than one-half (51 percent) of all polled Americans in Fall 2008. That was at the beginning of the recession. Then we had the recession, the ‘Climategate’ leaked e-mails controversy, very severe nationwide winter storms and rising unemployment. Those combined things likely contributed to decline in public concern. In the survey’s 2010 edition, only 39 percent of participants were identified as ‘alarmed’ or ‘concerned.’”

The news media remains a significant source of information regarding climate change for many Americans. However, Roser-Renouf says the news media’s emphasis on presenting two-sided stories has actually contributed to a perception amongst Americans that there is significant disagreement within the scientific community concerning the reality and causes of climate change.

Rogers comments on this by saying that “you get skepticism in the general public because scientists can’t be 100 percent certain that any one event can be linked to climate change, and people take that as a concession of skepticism on the scientists’ part. There’s always a little bit of an ‘X-factor’ with science, which means there’s never 100 percent accuracy due to the nature of scientific methods. So, scientists can say they have 95 or 99 percent confidence. But, since scientists can’t say anything with 100 percent confidence, many people, especially skeptics and critics, will marginalize the information.”

Overcoming communication obstacles can be accomplished with messages delivered from sources people trust. “Climate science is so complex that most individuals have to rely on trusted sources to learn about it. In survey research, climate scientists are identified as the most trusted sources for global warming information. However, in part because of news outlets’ drive to present two-sided stories, the American population has not really been getting an accurate message that scientists are in very widespread agreement on the reality and causes of climate change,” clarifies Roser-Renouf.

She says they have “surveys of international climate scientists that show 98 percent of them believe climate change is occurring and that it’s caused primarily by human activities. Yet, just slightly more than one-third of surveyed Americans recognized the scientific consensus. We asked, ‘To the best of your knowledge, what proportion of climate scientists think that global warming is happening?’ Only 13 percent of the American population correctly answered, ‘81 to 100 percent.’iii

“In addition to scientists, figures within the military are also very trusted sources. To the extent that Generals, Admirals and other high-ranking officials talk about climate change, it will be very influential. In particular, the military is going to be some of the best sources for getting the message out because there’s a small and extreme, but real, segment of the American public that believes climate scientists are in cahoots and that climate change is a hoax created to get grant money. While most people trust scientists, the segment that doesn’t is going to listen if a General or Admiral is saying that climate change is an important issue.” 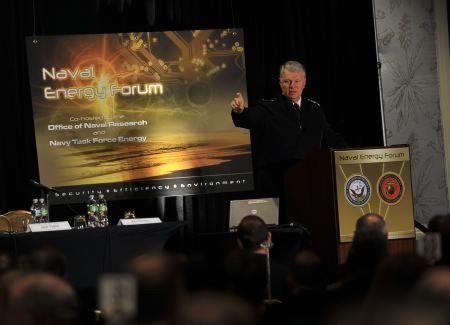 Varying message types and content used to educate the public will also be an important part of climate science information campaigns. Roser-Renouf explains: “One thing that’s very important to remember about climate change is that it’s a scary issue. For those who really pay attention to the worst-case scenarios of what could happen if we don’t reduce carbon emissions, the picture isn’t good. But, messages that consistently say ‘bad things are going to happen’ are a turn-off and invoke an avoidance reaction in people. These types of messages can make individuals feel like the situation is hopeless and that their own personal lifestyle changes are fruitless. Therefore, amongst those who communicate about climate change, a growing consensus is developing that we need to help people have a sense of hope. To the extent that we as communicators can help people understand that there are things they can do and teach them what those things are, we can engage people more effectively.

“Finally, so much of the portrayal of climate change is in things that are going to happen to other species, to people who are going to be living far in the future or to people who live in distant places. When people are worried about their jobs, a polar bear’s problems don’t seem that important. So, communication initiatives should help people understand the threat not just to people in far-away Bangladesh or the Pacific Islands and not just to polar bears or penguins but to real people here in the U.S.”