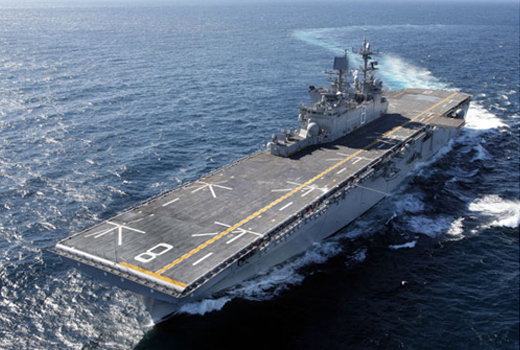 The term “sustainability” can have diverse meanings and connotations. At the macro level, we have Planet A, otherwise known as “Earth,” which must last in perpetuity because, as far as we know, there is no Planet B. Earth is renewable and can actually repair itself over time. However, if we overdevelop or take excessive actions, we impact our planet’s ability to heal – suffering long-term consequences as a result. When viewing sustainability as our key opportunity to conserve Planet A, it becomes clear why energy and the environment have become a focus for federal agencies, industry and the general public.

Energy and the environment are various sides of a multidimensional puzzle comprising resource conservation, energy security, environmental stewardship and national security. Just as with the challenge presented in solving a Rubik’s Cube, changing or manipulating one side invariably affects what happens with the other sides. For instance, modifying equipment and procedures to use less fuel results in a more combat capable force that is more resilient to an adversary. Simultaneously, it eases resource competition while reducing carbon emissions. In addition, taking advantage of the Earth’s natural processes to safely break down chemicals from past disposal sites protects human health, conserves energy that would have been used in site clean-up, and restores the environment for future generations.

The Navy has been engaged in energy and environmental sustainability since the 1970s’ oil embargo by the Organization of Arab Petroleum Exporting Countries’ (OAPEC) nations. These circumstances drastically increased oil prices, which led to oil rationing and a piqued interest in fuel conservation and domestic energy production. As a result, the Navy began a program to reduce fuel use aboard ships. Concurrently, as the Nixon administration formed the Environmental Protection Agency (EPA) and the National Oceanic and Atmospheric Administration (NOAA) to promote environmental stewardship and to regulate pollutants, the Navy began developing policies for compliance with environmental laws and installing systems shipboard to reduce impacts at sea. Energy issues and environment-friendly practices have remained on the Navy’s radar scope ever since.

In a world without monetary constraints the Navy might consider funding programs or making changes to our operations primarily for the purpose of “going green.” The fiscal reality is that the vast majority of our sustainable energy and environmental initiatives get underway because they help us achieve a specific mission need.

Energy and the Mission

Looking at energy from a mission standpoint, consider the fact that 57 percent of the fuel the Navy uses is petroleum. Since petroleum is a finite resource, the Navy and the nation will continue to face supply issues, increasing cost per barrel and competition over this scarce resource. Our ability to execute our mission is largely dependent on our fuel supply chain – a vulnerability that can be, and often is, exploited by adversaries. If we can make our forces more fuel-efficient and petroleum-independent, we improve our mission capability and reduce that vulnerability.

In October 2009, the Secretary of the Navy (SECNAV) announced ambitious energy goals that set the Navy on a path to reduce our petroleum dependence, to increase our alternative energy use and to improve our energy efficiency. The Chief of Naval Operations (CNO) has delineated specific strategic guidance on energy that, in meeting the Secretary’s goals, will also create more combat capability for the warfighter. The key imperatives for the Fleet are: 1.) assure mobility for our naval forces; 2.) protect critical infrastructure; 3.) expand our tactical reach; 4.) lighten the load; and 5.) green our footprint. 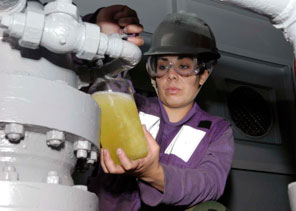 In support of these goals and imperatives, we have pushed hard for Navy use of biofuels. While we could consider other types of alternative fuels, not all are truly renewable or sustainable over the long term. Biofuels, particularly those produced from algae/non-food crops that do not displace agriculture or use critical resources (e.g., water, fertilizer, energy, etc.), show the greatest potential to sustainably replace/augment petroleum fuel. When these new “green fuels” are “engineered” with second generation processes now reaching commercialization, this will provide “drop-in” replacements that don’t require redesign of our ship, aircraft or vehicle engines while giving us an “off ramp” to petroleum’s volatility. The Green Hornet, our F/A-18 Super Hornet that made one of 15 successful test flights on a 50/50 blend of jet fuel and camelina-based biofuel this past Earth Day, is a great example.

The shipboard fuel conservation program we began in the 1970s has now evolved into what we call the “Incentivized Energy Conservation” program, or i-ENCON. The program trains shipboard personnel on techniques for minimizing energy consumption (e.g., turning off lights, optimizing power plant use, etc.) and provides $2 million in incentive payments for ships who achieve energy savings. The program led cost avoidance of $136 million in fiscal year 2008, or approximately 1.1 million barrels of fuel. We are now in the process of developing a similar program for aviation.

The USS Makin Island, the Navy’s newest amphibious assault ship, uses an electric motor for travel at low speeds and switches to conventional gas turbine engines for high speed travel. On its maiden voyage, the ship saved nearly $2 million in fuel costs compared with ships using steam boiler technology, and is expected to save over $250 million in fuel costs over its lifetime. Its sophisticated engineering plant enables the ship to get underway quicker than older ships using steam boilers, thereby reducing response time and increasing combat capability. 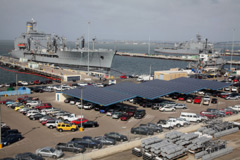 On the shore side, we have concentrated most heavily on energy efficiency because the cleanest and most sustainable BTU—the one not used—is truly our best investment. If you jump to alternative fuels without first optimizing your energy use, all you’re accomplishing is to power your overconsumption. To provide our bases with timely data to reduce energy use, we are in the process of installing more than 20,000 advanced metering systems in naval facilities by 2013. By law, the Navy is also required to follow Leadership in Energy and Environmental Design (LEED) Silver standards for new building construction and renovations. These efficiencies protect our critical infrastructure by reducing energy demands on the power grid.

Environment and the Mission

Looking at the environmental side, consider that the Navy accomplishes its mission by operating ships, aircraft and equipment across the oceans worldwide, supported by facilities in strategic locations. Environmental regulations and related public concern can impact our ability to train and to operate in those areas. The Navy has worked diligently to ensure mission readiness does not suffer while we take positive steps to sustain the natural environment that supports our training and operating requirements.

Growing populations in the United States have brought urban development close to the fence lines of naval installations—areas that were isolated just one or two decades ago. With those buffer spaces gone, many of our open training areas have become a last refuge for wildlife, including federally listed threatened and endangered species. As part of the solution, the Navy has developed and implemented Integrated Natural Resource Management Plans to protect wildlife and habitat on bases without sacrificing the bases’ capability to support the military mission.

Many U.S. naval installations have been in existence for 50 or more years. As the Navy and our nation have become more aware of environmental issues, we have learned that some industrial practices commonplace when those facilities were founded have negatively affected soil, water and/or air quality. Beginning in the 1980s following the establishment of the Comprehensive Environmental Response, Compensation and Liability Act (CERCLA), or Superfund, the Navy began cleaning up contaminants on bases to protect human health and the environment while preparing those sites for future, sustainable use. A subset of this program, focused on cleaning up munitions on closed and inactive ranges, is also ongoing. The Navy is on track to have remedies in place or responses complete at all installation restoration sites by 2014 and at all munitions response sites by 2020. 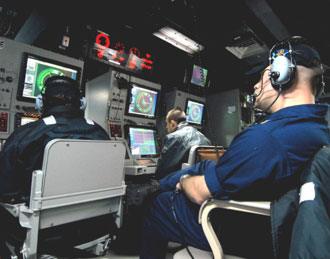 At sea, our sailors face the threat of quiet, diesel-electric submarines operated by adversarial nations who may wish to disrupt world commerce or affect the outcome of armed conflicts by strategically denying access to sea lanes. To detect and to track these submarines, our personnel must train with active sonar under realistic conditions. However, there have been instances over the past decade where active sonar training may have contributed to marine mammal strandings. While the precise mechanism that occasionally leads the animals to strand is not known, the Navy has increased research funding to learn more about how marine mammals hear and react to underwater sound in order to reduce the potential for affecting them. In addition, we are doing comprehensive environmental analyses for our at-sea training ranges and operating areas. We work with regulatory agencies, such as the National Marine Fisheries Service, throughout the permitting process that allows for continued training in an environmentally protective manner.

Continuing the shipboard pollution prevention efforts we began in the 1970s, we have retrofitted our older ships and designed new ships with systems to keep plastic out of the oceans, to safely process and to discharge biodegradable materials, and to manage and to reduce hazardous materials required for ship maintenance. Anti-fouling propeller and hull coatings that reduce drag and stern flaps that reduce fuel consumption, and by extension greenhouse gas emissions, are examples of shipboard systems with clear energy and environmental benefits. 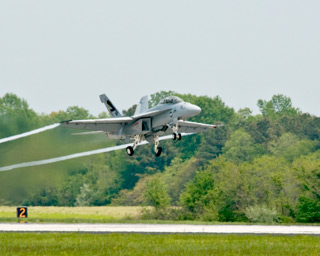 The Energy and Environmental Readiness Division (formerly the Environmental Readiness Division) has now been similarly realigned. And, I have been assigned as its new Director on the CNO’s staff, in conjunction with my ongoing duties as Director, Task Force Energy (TFE). As a nuclear-trained officer with a hard sciences and business background, having worked in various operational commands and policy assignments at the Pentagon, the National Security Council, and the Office of Management and Budget in the White House, it is my job to focus on the best long-term policy and strategic formulations to help the Navy tackle its energy issues, be a good steward of the natural environment, and remain mission ready as a “Global Force for Good.” We look forward to meeting that sustainability challenge through continued collaboration with our staff, the Secretariat and stakeholders like you.