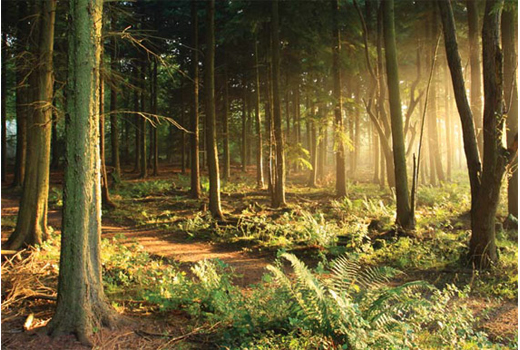 Over the past 60 years widespread and uncontrolled deforestation practices have plagued Paraguay’s Region Oriental, the eastern region of this South American country. In 1945, 8.8 million hectares (21,745,273 acres) of forest covered this region, but today less than 1.6 million hectares (3,953,686 acres) remain. People worldwide frequently focus on the Amazon Rainforest, but the once great Atlantic Forest has been quietly ignored. This forest track formerly extended from coastal eastern Brazil through southern Brazil into the Alto Parana region of eastern Paraguay and then into northern Argentina. Sadly, the Atlantic Forest is one example where irrational destruction has resulted in indiscriminate cutting over the past halfcentury. Optimistic estimates say that only 8 percent of the forest remains in Paraguay.

In Alto Paraguay, located in the western part of the country’s Chaco region, river and creek pollution is yet another major concern. Such examples have motivated Paraguayan civilians and government officials to develop legislation that harmonizes the sustainable uses of wood for product exportation – the base of the national economy – and the growing public concern for environmental degradation that has shaken the country since the early ’90s.

At the heart of Paraguay’s environmental policy are two very important international agreements that the country has ratified: the United Nation’s (UN) Framework Convention on Climate Change (FCCC) and the Convention on Biodiversity (CBD). The FCCC was adopted June 1992 during the UN’s Environment and Development Conference – the Earth Summit – celebrated in Rio de Janeiro, Brazil. Paraguay has used these agreements to develop its many government and non-government actions to defend nature’s rich resources. In addition, Paraguay adopted the CBD as an environmentally supportive law in 1993. The agreement protects biodiversity or “the variety of living organisms of any sources, including land ecosystems as well as ocean and other types of water ecosystems, and the ecological complexity of nature’s parts.”

Paraguay’s National Constitution, approved in 1992, establishes as “priority objectives of social interest: the preservation, the renovation and the improvement of the environment, as well as the conciliation with the human being.” In Article 8 the document orders regulation of “the traffic of genetic resources and technology, preserving national interests.” Completing this basic regulation is the 1992 Law of Wild Life, the only legislation that includes every objective enumerated in the CBD for the conservation and sustainable use of biodiversity. The Law of Wild Life applies to every plant and animal resource in Paraguay’s national territory, as these protected resources represent a vast biodiversity containing a large assortment of genetic material, species and ecosystems. Other than the microorganism, all other species listed under the CBD are protected under this law.

Effective legislation protecting Paraguay’s environment didn’t become reality until 1999 when the country signed the Kyoto Protocol concerning the FCCC. As a result, on Dec. 15, 1999 the Paraguayan Office of Joining Operation (OPIC) was instituted to regulate care and actions linked to the FCCC. In 2000 the task was reassigned to the newly created Secretary of Environment, chief FCCC authority designate. The Secretary of the Environment has since held maximum authority in everything related to the environment, which includes designing and executing state environmental polices. Although the Secretary has accomplished critical objectives, since its inception the Office has lacked sufficient annual budgetary funding to perform its intense agenda.

“Neglecting” the maximum national environmental authority is directly related to the economic relationship between certain in-state political groups that irrationally and illegally exploit Paraguay’s natural resources and their political contributions from the sale of these natural resources. Moreover, as a result of the Secretary of the Environment’s insufficient financial resources, its authority to regulate these different economic sectors that exploit Paraguay’s natural resources has been incapacitated. Even worse, this incapacitation has generated several cases of corruption involving the granting of environmental licenses. 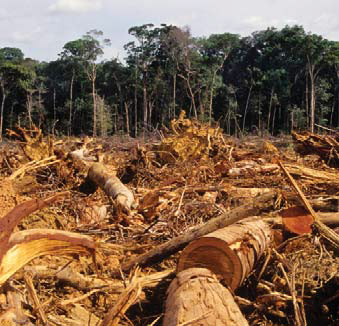 However, thanks to citizens’ efforts, help from the international community and legislative measures, the situation has been decreasing recently. Great contributions have been made by non-governmental organizations at the national and international levels through highly effective environmental advocacy campaigns. In addition, environmentally related government careers are in the development process. Environmental crimes have recently been included in criminal legislation, and a new Environmental Prosecutor was created to charge those in violation of the law.

Environmental laws with the most significant impact during the past five years are “Zero Deforestation” and “Valuation and Retribution of Environmental Services.” These measures have declared wild areas protected from the private sector as well as from the corrupt public sector. In addition, everything water-related is protected by the “Convention Related to the Humidity of International Importance,” as well as the region’s most important agreement regarding water resource preservation, the “Agreement of the Cuenca del Plata.” These two laws are particularly significant as they provide for rational resource utilization. They also act as an internationally agreed-upon reference point for the businesses that conduct the hydroelectric dams of Itaipu (shared with Brazil) and of Yacyreta (shared with Argentina). In fact, the Agreement of the Cuenca del Plata is the only legislation that obligates the hydroelectric companies to take care of the environment. In 2004 the Subterranean Waters Law was approved with the goal of becoming an additional tool for future rational water utilization.

What we can say with absolute authority is that the environmental situation in Paraguay is in a process of gradual improvement. The proposed objectives of the “Plan Umbral” (Campaign for the Objectives of the Millennium) have been executed with the support of the United States’ Agency for International Development (USAID). Paraguay has completed 90 percent of these governmental reform objectives. Future objectives will demand more effective regulation and utilization practices. However, thanks to present legislation, Paraguay can move toward an economy that bridges a sustainable equilibrium between profitability and rational management of its natural resources. Abandoning forever clandestine exploitation, Paraguay will create an economically sustainable and healthy environment important for agriculture and cattle raising as well as for future generations. The new opportunities that the world of sustainable management offers are convenient and far-reaching.