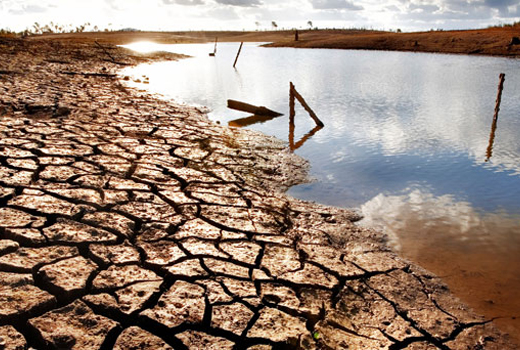 Humbled in the Face of Water: A World-Wide Water Shortage

by Alex Criss August 17, 2007 Comments Off on Humbled in the Face of Water: A World-Wide Water Shortage  Features, Cover Story

What if a substantial portion of the world’s population could not obtain a sufficient amount of drinkable water on a daily basis? Would this be a global crisis? Should the problem take precedence over other international issues such as education, trade policies or even world hunger?

The answer is “yes” because, according to a U.S. Environmental Protection Agency Fact Sheet, humans can live approximately 30 days without food but only 7 days without water. H2O is the life-giving resource with the most immediacy in terms of health and the quality of life. Water is essential not only for sustained human development but also for sustained development of all life on Earth.

Currently about 1 billion of the estimated 6.6 billion people in the world lack access to sustained and consistently potable water, according to the United Nations Educational Scientific and Cultural Organization (UNESCO). And that number is increasing dramatically every day.

Blame for much of this world-wide shortage stems from the potentially lethal combination of war, drought, lack of cooperation between governments, conflict over water rights and ownership of water supplies, and the general lack of funds and organization to create and/or to sustain water-gathering, treatment and transport capabilities. In addition, the growing water demand caused by population growth and continued rising consumption, matched with the decreasing supply of this non-renewable resource because of industrial use, urban expansion and other manmade devices, is making water supply an issue of national security and the type of matter over which people fight wars.

The simple fact is that demand for water has grown six-fold since 1900 – twice the rate of the population growth. Whether because of the average home’s growing size, changes in sanitation practices or production of more products requiring water use, such a trend cannot continue without shortages in other parts of the world.

While Americans and Europeans presume that water will flow from a tap, less than half of Asia and a quarter of Africa have access to piped water through household connections. Piped water into households averages about 85 percent for the wealthiest 20 percent of the population, compared with 25 percent among the poorest 20 percent.

Although the water shortage issue is indeed a global one, those hardest hit live in developing countries (particularly those in Africa), the least developed countries, landlocked countries and small island developing states. These populations face the greatest challenges in achieving targets such as adequate water supplies and systems for sustainable development because of cumulative issues, including lack of funds, geographical challenges and logistics.

Some may argue that this is simply a case of the “haves” and “have-nots.” Yet this argument isn’t logical. The “haves” would generally be those with access to a consistently safe and readily available system of water and water delivery, largely thanks to environmental factors and the socio-economic status of a specific geographical location. However, even wealthy cities, such as London, England, and the state of Florida in the United States, are now facing water shortages. In fact, Florida is in the middle of its most critical water shortage ever with parched inland areas despite some improvement in coastal rainfall. 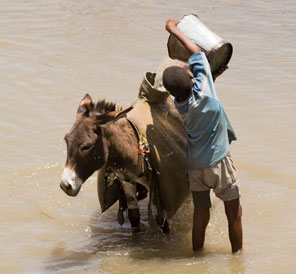 Meanwhile, the true “have-nots” are those living in arid and/or polluted areas without the ways or means to migrate to a fresh water source. For example, more than two-thirds of the entire population of Ethiopia does not have access to fresh water.

Close to one-half of all people in developing countries are suffering at any given time from a health problem caused by lack of water and sanitation deficits. Inadequate drinking water services are key characteristics of poverty with serious implications for a local population — death, disease and delayed economic development. Almost two in three people lacking access to clean water survive on less than $2 a day with one in three living on less than $1 a day. These implications are not isolated nor are these incidents independent of each other.

While legitimate contributing factors lead to water shortages, all arguments and opinions aside, access to something as basic and essential as clean drinking water is not a privilege reserved for members of the G8 or those who can afford it. It is a right that should be bestowed on every citizen of our planet.

Added to the current state of affairs, if one were to consider the impact of environmental problems such as global warming on the water supply issue, the picture broadens. Global warming’s projected effect upon sea level rise over the next 10 years will cause a significant salt intrusion increase into the fresh water table.

This danger is aside from the continuing trend of water pollution in many local, regional and national watersheds. For example, to date, 33 of the 50 United States have issued fish consumption advisories because of mercury contamination in the water, which is primarily caused by coal-fired power plants.

Water waste is another issue. North Americans use about 400 liters of water a day or 104 gallons. To put this in perspective, consider that the amount of water used every day by the average North American would fill a full-sized, freestanding, name brand, refrigerator-freezer home appliance. By contrast, the average European uses only half of that amount on a daily basis; and the average individual world-wide uses only 10 liters or 2.6 gallons daily for drinking, washing and cooking. Aside from the fact that the average North American uses 40 times the world-wide average of water used every day, wastewater disposal is a separate issue with an average of 6 liters per flush.

Progress is being made on the issue of water waste in America. California’s legislature, for example, is considering a bill that would promote the use of waterless urinals, which would save an estimated 8 billion gallons of fresh water over the next decade. The idea of the waterless urinal may at first seem unsanitary, but it is truly the type of ingenuity and sanitation mixed with conservation that will help curb the wasteful ways of most Americans and that will create a trickledown effect, both metaphorically and literally, of water savings. 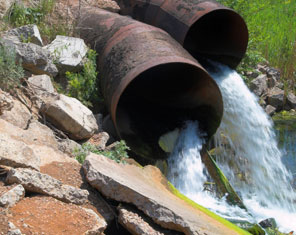 According to Randy Goble, vice-president of marketing for Falcon Waterfree Technologies, “Water free urinals work similarly to standard urinals, relying on gravity to carry waste down the drain and through the plumbing. The notion that you need water to flush away urine for the purpose of sanitation is a myth, according to several independent studies showing that water free urinals harbor five times fewer bacteria than water-flushed urinals.”

Products such as those manufactured by Falcon Waterfree Technologies utilize a barrier consisting of a biodegradable liquid sealant that acts like a one-way trap to allow waste to pass through the drain. The result is a non-mechanical, non-water using and more hygienic solution that costs less to install and operate than water-flushed urinals, saving an average of 40,000 gallons per year per urinal.

Common sense water conservation initiatives such as the one in California and another by the U.S. Army promise to eliminate this unnecessary flushing, freeing up billions of gallons of water for essential purposes. Imagine the impact of replacing each standard urinal with a water free urinal in every government, corporate and educational institution. To put this into perspective, one water free urinal will free up enough water per year for 219 people to drink 8 glasses of water per day, which is the amount recommended by most healthcare professionals.

Now that the severity of the potable water issue has been established and the urgency for action toward resolution is beyond merely a pressing need, what can be done? According to international water issue expert Jerome Delli Priscoli, Ph.D., of the U.S. Army Corps of Engineers’ Institute for Water Resources, the answer hinges upon individual action, instead of waiting for changes to come from top down. In an article in the 2004 issue of Water International, Delli Priscoli asserted: “Our water resources demands do not conform to traditional jurisdictional boundaries. The ethical basis of professionalism is now moving from paternalistic to informed consent. Participation is a means to adapt and to make our democratic institutions work better in this context. But participation is also helping to reinvent our civic cultures.”

This philosophy could resolve the water shortage issue via an individual call to action – an empowerment by the people, for the people. Water is not claimed as a manifest destiny or on a first-come, first-served basis. Water is an inalienable right – a human right that is required not just to survive but to thrive. It is within our power to preserve this right for all life. To do less would be unconscionable and unforgiveable.

Thus, all citizens must demand and actively participate in making the democratic systems, as well as all other forms of government, reinvent the way they see, view and use water to accomplish this most basic goal. This can be done not only by individuals but also by towns, cities, states and even national capitals. The first step is a simple one: to actively increase the Earth’s potable water access while decreasing unnecessary daily water usage. The second step is a little more complex: to work on changing our attitudes and opinions about entitlement so that, collectively, we are able to secure a better future for the world’s population. 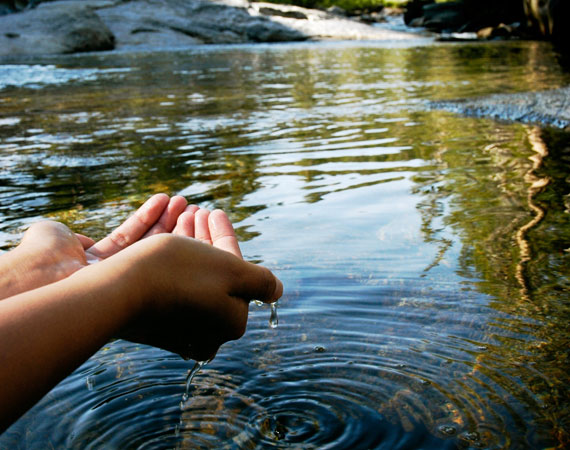 What Can You Do About the Global Water Shortage?

What to do indoors:

What to do outdoors: