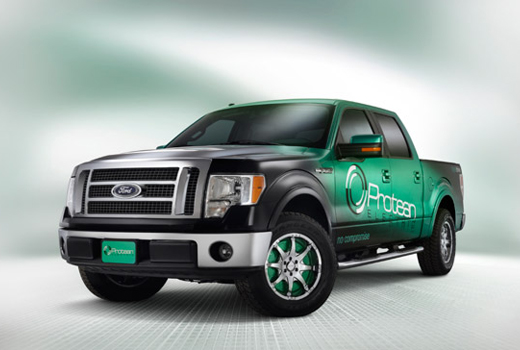 I‘ve devoted much of my career toward the electrification of the automobile. I’ve seen the introduction of dozens of advanced technologies whose grand promises would make you believe they could solve world hunger in addition to saving gasoline. Yet, looking back, in most cases those technologies were hyped and then quietly faded into obscurity without fulfilling a single promise. Why? Even if they technically performed, they didn’t commercially perform. They were usually too costly, and they didn’t scale into high volume. On the other hand, my experience also has taught me to recognize technologies that have the potential for lasting merit. And in-wheel electric motors have the potential to become the technology of choice for all future vehicle electrification. They offer tremendous performance, are fundamentally far less costly to implement into cars and trucks than other complex hybrid systems, and they’re designed to be built in high volume.

When most people think of the birth of the auto industry, they picture large motorized carriages or Henry Ford and his black Model Ts running down the assembly line. Few, though, are aware that the in-wheel motor was invented by Ferdinand Porsche in the 1890s (the same Porsche that started the car company we all know today). In-wheel motors, powered by electricity and located in the wheels, have never taken hold in the past due to design and durability limitations. But with today’s electronics and design capability, in-wheel electric motors are becoming a more relevant source of propulsion as automakers look for new, viable sources of energy to power vehicles more efficiently. 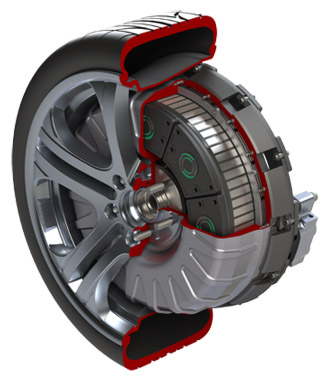 Protean Electric is leading the in-wheel motor space. Our vision is simple: Create a purpose-built in-wheel motor for the market that puts power directly to the wheel of a car or truck, where you need it. That simple idea makes it easier to adopt in existing vehicles and better for future vehicles since it needs no conventional drive axles, shafts or differentials. Our design philosophy required us to opt for a clean-sheet design approach, which didn’t rely on existing motor designs that had to be reworked to fit behind a wheel. We created an all-new design. As a result, we’re able to deliver hybrid and electric vehicle technology faster and with fewer new parts, less complexity and at a potentially lower total cost than other leading electric drive systems.

Our in-wheel motors are powerful enough to be the only source of propulsion for a car or truck – no internal-combustion engine is required. They can also be paired with a conventional internal combustion engine, creating a hybrid. Depending on the battery size and type of driving, e.g. city or highway, the in-wheel motors can improve vehicle fuel economy on existing vehicles by 30 percent or more. It’s entirely feasible that in-wheel motors – a concept that predates the modern automobile – is now becoming the foundation for a new era of the auto industry.

I look at the automotive timeline as having four eras, the last of which we’re about to enter:

The problem with other current hybrid and electric propulsion solutions is that they’re so disruptive to the way the car is made. Advanced technology vehicles on the market today have to package a conventional engine, gas tank, electric motor, battery, drive shafts, axles and more – just to get energy from the fuel and deliver torque to the wheels. 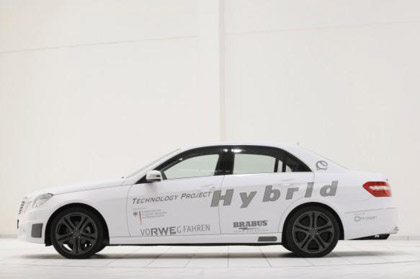 The beauty of Protean Electric’s in-wheel motors is that they eliminate so many of those components. They fit in the empty space behind the wheels of a car. And since they take up space not currently being used, they can be retrofitted to existing vehicles. No specially made electric or hybrid vehicle design is needed.

So Protean’s in-wheel motors can be “bolted on” to existing cars and trucks, which makes electric drive possible for even current vehicles already on the road. Also, automakers can adopt this technology much faster than current advanced propulsion systems. Protean’s unique technology coupled with the scale of a global automakers’ manufacturing and distribution system is a perfect partnership.

Now what about cars for the future? This is where it gets really exciting: We can approach vehicle design with a whole new paradigm. In fact, the most intriguing vehicle sketches from design schools have already adopted in-wheel motors. They love the design freedom. Think of the extra passengers or cargo you could carry by making use of the empty space where the engine used to be.

Already, Protean Electric has established itself as a global leader in advanced in-wheel motors for the automotive industry. We’ve been awarded 16 patents for the unique technology and design of our Protean Drive™ system. More than 60 additional patent applications have been filed internationally and with specific countries in North America, Europe and Asia. In addition, Protean was recognized as a 2012 Technology Pioneer by the World Economic Forum as one of most promising start-up technology companies in the world.

Protean has demonstrated its in-wheel electric motors technology in more than eight different demonstration vehicles from around the world, including the Ford F150, Volvo ReCharge, Guangzhou Automobile Company Trumpchi, Vauxhall Vivaro and three vehicles from respected luxury upfitter, Brabus, with hybrid and full-electric versions based on the Mercedes Benz E-Class.

Now Protean Electric is moving out of the demonstration phase and into a phase of low volume production – ready to partner with the auto industry, whether OEMs or Tier 1 suppliers. With these and our other excellent partners, we can make in-wheel motors a high-volume reality.

I wonder what Dr. Porsche would think of his invention – almost 115 years later – being heralded as the technology that could usher in the next era of the automobile.

Bob Purcell, chairman and CEO of Protean Holdings Corp., is best known for his leadership at the General Motors Corporation with the GM EV-1, the world’s first modern electric vehicle. From 1994 to 2002, he led the GM Advanced Technology Vehicles Group (GM ATV) that launched the GM EV-1. His group also developed and produced the S-10 Electric Truck and the GM Precept concept hybrid vehicle, part of President Clinton’s Partnership for a New Generation of Vehicles program. Many of the technologies that were pioneered at GM ATV are still widely used today throughout the industry in electric, hybrid and fuel cell vehicles. After leaving General Motors in late 2008, Purcell has been a significant advisor in the clean technology and automotive sectors, with clients including MidAmerican Energy Holdings, a Berkshire Hathaway Company; and Delphi Automotive, a leading global automotive supplier. Purcell believes the best way to provide relevant, responsible and compelling automobiles in the future will be to merge the best of the fast-paced innovation of the venture capital world together with the large, automotive companies that have historical capability, capital and manufacturing know-how.

Protean Electric is a leading clean technology company that designs, develops and manufactures the Protean Drive™, a fully integrated, in-wheel motor, direct-drive solution. Each motor has a built-in inverter, control electronics and software, delivering a practical way to electrify small- to full-size vehicles with no compromise in performance. Protean Electric is strategically positioned to play a major role in the hybrid and electric vehicle market by offering a combination of packaging advantages, new vehicle design opportunities, performance benefits and cost savings. For more information, visit ProteanElectric.com.