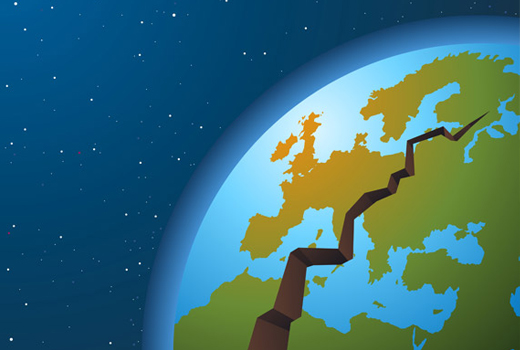 “The tsunami which devastated countries around the Indian Ocean December 2004 tragically brought home the importance of environmental security. For it showed that – despite all humanity’s attempts to achieve political, economic and even military security – it can still be overwhelmed by the forces of nature.

“Growing overuse of resources is bringing new tensions. Wars are as old as civilization; their number vary from year to year. But, increasingly, conflicts are occurring within countries fuelled by such environmental factors as desertification, deforestation or competition for resources. . . . This may spread internationally, for key resources are becoming scarcer and contentious. By 2025 two-thirds of the world’s people are likely to live in countries with water shortages. Remaining fossil fuel reserves are increasingly concentrated in relatively few countries – not usually those with the greatest demand. Food production per person has leveled off, and stocks are falling.

“The only true security is to be found in seeking harmony with other peoples and with nature, and to reorder our priorities accordingly.”

Some 373 natural disasters killed more than 296,800 people in 2010, affecting nearly 208 million others and costing nearly US $110 billion, according to the Centre for Research on the Epidemiology of Disasters (CRED). The top two most lethal disasters – the January 12 earthquake in Haiti, which killed more than 222,500 people, as well as the Russian heat wave in summer, which caused about 56,000 fatalities – made 2010 the deadliest year in at least two decades.

‘“These figures are bad, but could be seen as benign in years to come,” said Margareta Wahlström, UN Secretary-General for Special Representative for Disaster Reduction. “Unless we act now, we will see more and more disasters due to unplanned urbanization and environmental degradation. And weather-related disasters are sure to rise in the future due to factors that include climate change.”

“It’s critical for local governments, city leaders and their partners to incorporate climate change adaption in urban planning,” Wahlström said, stressing that disaster risk reduction was “no longer optional.” “What we call ‘disaster reduction’ – and what some are calling ‘risk mitigation’ or ‘risk management’ – is a strategic and technical tool for helping national and local governments to fulfill their responsibilities to citizens.”

“Operationalizing concern about natural security may be difficult. First, the nation has a crowded domestic and national security agenda, ranging from healthcare, the economy and education to fighting two wars and adjusting to a changing global strategic environment. Second, the consequences of a failure to act to improve energy and materials security or deal with climate change and biodiversity [loss] may not be fully understood for decades. By the time the consequences are clear, however, it will be too late to act. With climate change, for example, humanity has already emitted enough greenhouse gases to the atmosphere to warm the planet beyond the warmest temperatures to have occurred in more than 100,000 years. Although this warming is already unavoidable and irreversible, two or three more decades will pass before the full amount of warming is measurable at the Earth’s surface. Continued greenhouse gas emissions will lock in additional unavoidable warming.

“The national security community, and military strategists and intelligence analysts in particular, form one of the few sectors of society that is accustomed to working in a world of uncertain and distant threats, with long timelines. The Department of Defense by necessity plans for a full range of future contingencies, and it uses such planning for updating doctrine and training, and for acquiring systems and equipment, and for setting priorities and strategies. While it can adjust to change in the short-term, the Department of Defense is unique in that it regularly looks decades into the future to inform present decisions – including budgetary decisions of great magnitude.”