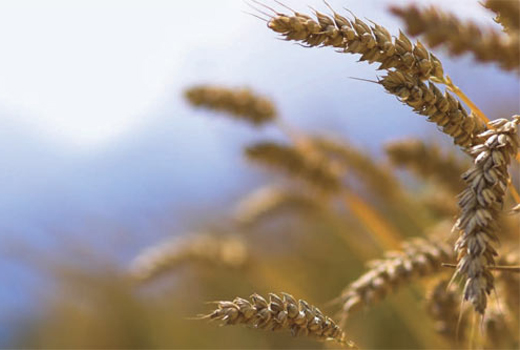 Biogas, biomass, biofuel, biodiesel . . . with success stories like this one, it’s easy to understand the hype about “bio.” The root word “bio” means “life”; and, thanks to today’s “green” revolution, every one is beginning to understand its importance. From recycling a single aluminum can to recycling the contents of an entire city landfill, such practices are critical to conserving the planet and the organisms it sustains. And technology is fast becoming a primary player in converting old techniques into newer, more holistic ones that successfully care for the Earth while simultaneously allowing organizations to preserve and to enhance their primary missions.

Imagine displacing 25,000 tons of coal per year with Quaker Oats’ oat hulls. Sound crazy? Not so, thanks to Ferman Milster, P.E. and University of Iowa Associate Director for Utilities and Energy Management. Milster, who is no stranger to sustainability, was instrumental in converting a coal-fired boiler at the University’s main power plant to burn biomass oat hulls delivered from a nearby Quaker Oats facility. The technique, implemented to reduce the power plant’s regulated pollutants and greenhouse gas, reduces expenses (oat hulls cost considerably less than coal) and provides a stable fuel supply. This creative engineering process also generates revenue for Quaker Oats while serving as an outlet for oat hull waste.

In 2003 the University of Iowa made a legally binding commitment to reduce its greenhouse gas emissions when it joined the Chicago Climate Exchange (CCX), the voluntary greenhouse gas trading exchange. In 2008 Iowa President Sally Mason expanded upon this undertaking by declaring a campus-wide green initiative and by launching a “go green” campaign to reduce the University’s environmental footprint.

Because the University of Iowa has positioned itself as a forward-thinking, environmentally conscious institution, it was no coincidence that Mason announced the initiative on Earth Day. It was her goal to increase awareness and to place significant importance on sustainability. During her speech Mason quoted Aldo Leopold, a great American and Iowa native, who said “We abuse land because we regard it as a commodity belonging to us. When we see land as a community to which we belong, we may begin to use it with love and respect . . . the land ethic simply enlarges the boundaries of the community to include soils, waters, plants and animals or, collectively, the land.” Leopold was in the correct mindset when he spoke these words, and that University is taking steps to ensure his vision becomes a reality. 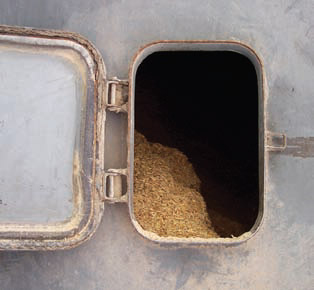 To pursue this plan in concert with a promise to reduce its power generation impact upon the planet, the University retained Stanley Consultants, a Muscatine, Iowa engineering firm, to design a cogeneration facility that would produce heat and electrical energy. Known as the Oakdale Electrical Generation Upgrade Project, the operation will utilize two 1.4 MW gas-fired engine generator sets at the University’s Oakdale Research Campus. To put the size of this facility into perspective, one mega-watt is 1,000,000 watts, which makes 1.4 MW equal to 1,400,000 watts. If the University were to power only 100-watt light bulbs with these two 1.4 MW generator sets, the complex would have the capacity to power 28,000 100-watt bulbs (14,000 bulbs per generator).

Although gas-fueled generator sets are common in many installations, this site is unmatched because it is incorporating newly developed technologies. The Oakdale gas-fired engines will be capable of burning traditional natural gas or biogas, which could be supplied to the University from offsite sources or generated through a gasification process on site. By recovering and utilizing jacket water and exhaust heat for campus heating as well as by supplying adsorption chillers with heat for the process in the future, this facility can become a trigeneration site, which would be unique for a university within the United States.

The Oakdale Electrical Generation Upgrade Project is scheduled for completion by early 2010. When fully operational, it will displace use of the existing natural gas-fired boilers and will generate electricity – all from landfill source or biogas.

Gasification, the process by which biogas is made, typically refers to a gas produced by the biological breakdown of organic matter in the absence of oxygen. Biogas originates from biogenic material and is a type of biofuel or low-cost fuel alternative in many countries. It has been used in some parts of the world for a variety of purposes such as heating college campus buildings or cooking noodles in a dorm room. Another perk: Biogas is a renewable fuel, qualifying for renewable energy subsidies all over the world, including in Iowa. In fact, the Iowa Office of Energy Independence offers financial assistance for projects meeting certain criteria through the Iowa Power Fund.

Biogas can be produced in anaerobic digester plants where microorganisms break down biodegradable material in the absence of oxygen. Digester plants can be fed energy crops such as maize silage or biodegradable wastes, including municipal sewage sludge and food waste. Landfill gas is produced by wet organic waste decomposing under anaerobic conditions (lacking oxygen). The waste is covered and compressed mechanically and naturally because of gravity and because of the material’s weight deposited from above. This outcome prevents oxygen from accessing waste and allows anaerobic microbes to produce gas, which builds up and is slowly released into the atmosphere if the landfill site has not been engineered to capture the gas. 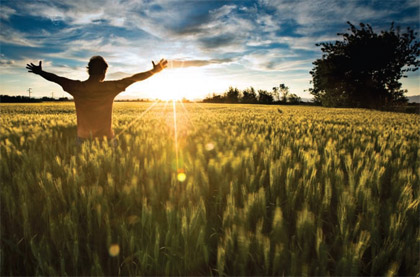 Proper use of landfill gas is beneficial to the environment for a number of key reasons: 1.) The methane contained within a landfill is 20 times more potent as a greenhouse gas than carbon dioxide. Therefore, uncontained landfill gas that escapes into the atmosphere significantly contributes to the effects of global warming; 2.) Fuel costs, and the corresponding taxation burden, have been rising steadily, thus leading to increased direct and indirect user costs; 3.) Incentives to maximize the use of renewable energy sources continue to accelerate, thus increasing bottom-line deliverables.

Trapping landfill gases and using them for beneficial practices protect the environment because decomposing matter is completely sustainable and available in abundance. Utilizing this form of energy reduces the consumption of less-sustainable fuel like natural gas and coal.

Although biogas is less refined and contains more impurities than its natural gas counterpart, it remains an advantageous alternative to natural gas. The process by which biogas and natural gas is refined to make them usable is very similar, given that neither gas is completely pure and must be processed fully.

Natural gas, for instance, consists primarily of methane; but other materials must be filtered out before the gas can be used as fuel. Biogas must often undergo additional filtering, including moisture removal processes, to meet an engine manufacturer’s requirements for proper combustion. Failure to maintain fuel parameters within a manufacturer’s specified tolerances can cause accelerated corrosion and wear, which can lead to more frequent maintenance and/or reduce engine life.

Depending upon its biogas source, the Oakdale project’s compressors may be required to pressurize gas and transport it to the site. Engines may also need higher pressures of biogas for proper combustion, which may also require gas compressors. One potential additional benefit may be the resale of energy back to local utility companies if the process is a success. “Success,” in this case, is defined as “energy being generated cost effectively and on a continuous basis.”

The University of Iowa’s initiative parallels Iowa’s Green Government Initiative, which aims to ensure that clean energy, environmental protection and resource conservation are integrated into government policies and procedures. It was from this goal that the University’s Green Power Task Force was born. Its mission: Position the University as a national leader in alternative and sustainable energy; prepare a long-range plan to compete for funding that would support renewable energy research and increase support for new, clean-burning power facilities at the University of Iowa.

One task force objective was to determine options for future steam and electric capacity needs that would expand the University’s use of renewable fuel and that would provide education and research opportunities. Major initiatives are under way for the main campus and for the Oakdale Campus, including direct tie-ins with the University of Iowa’s research and educational missions.

Milster is an active supporter of this sustainable venture. He has said, “The biogas generators and accompanying new district heating and cooling system currently in the works for the Oakdale campus are a monumental breakthrough for the University’s sustainability mission. I am pleased to know that we are leading the way for others interested in developing highly efficient, fuel-flexible district energy systems.”

Hopefully, other institutions will follow the example set forth by the University of Iowa and will make a serious commitment to sustainability – whether through something as simple as campus-wide recycling or by delving into similar types of trigeneration projects. The current U.S. trend toward exploring renewable energy technologies on a large-scale basis makes it an exciting, cost-effective and worthy goal for other higher education, healthcare and private industry campuses, as well as military installations, to emulate.