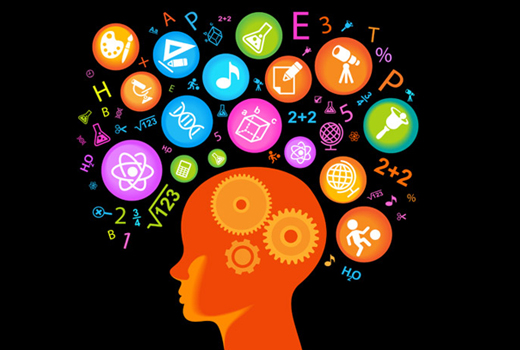 James Duderstadt and other stakeholders have challenged the U.S. Naval community to help America regain its footing on the global science, technology, engineering and mathematics (STEM) landscape. Secretary of the Navy Ray Mabus and the Office of Naval Research, under the direction of Rear Admiral Nevin Carr, have responded to that challenge with a myriad of programs, grants and scholarships to inspire youth and to show them that science can be, according to Carr, “cool, fun and interesting.” Additionally, Carr and his team have partnered with private and public stakeholders for their first, and hopefully annual, Naval STEM Forum, which occurred June 15-16, 2011, in Alexandria, Va. The Forum goals and focus areas included: advancing awareness of STEM strategies and initiatives; presenting workforce and collaborative solutions; and introducing dialogue on effective methods for improved learning outcomes.

“Without a concerted plan of action to reverse the trend of dwindling engineers coming out of U.S. universities, we will surely lose our competitive competence. Federal research and development (R&D) accounted for 70 percent of the country’s total R&D activity in the 1970s. In comparison, the current Federal R&D contribution is around 30 percent.” – James Duderstadt, Ph.D., president emeritus and professor of science and engineering, University of Michigan

According to Carr, “We in the Navy are very concerned about having a future talent pool of scientists and engineers that will conceive, design, build and operate our increasingly complex technical systems that will drive the Navy in the future. The world is increasingly dependent on R&D and technology.”

Although Carr maintained that “the U.S. is still the world’s technology leader,” he cautioned that the world is changing and U.S. education must change with it in order to make sure the talent pool is there for the military and the country. “One of the problems is that when we look to the future, are enough of our young students going to take the hard subjects? Are they going to have the academic confidence? Are they going to have the mentoring to stick with it? Are they going to have the resources to be able to afford college, graduate and postgraduate education? And, will the jobs be out there on the other end of that pipeline to attract them?” asks Carr.

In support of America’s educational objectives, Carr announced the Navy’s $8 million Grand Challenge during his Naval STEM Forum keynote address. One of many challenges to come, this particular one concentrates on what Carr terms, “intelligent tutoring.” He maintains: “It’s no secret that one-on-one tutoring can be very effective. We also can’t afford it. We don’t have enough teachers and some articles published recently indicate that tutoring by itself isn’t always that effective. The tutor has to be effective. There’s no surprise there. So we’ve done some work in what we call ‘intelligent tutoring’ with some interesting results. We really want to explore if there’s a way we can achieve one-on-one like tutoring effects with children, particularly using intelligent tutors – computer-based training for tutoring that’s interactive enough to understand what the student understands and doesn’t understand, and that goes into those dark corners to shine the flashlight where it needs to be shined. The Navy isn’t going to solve all the problems, but we sure want to move the football forward.” 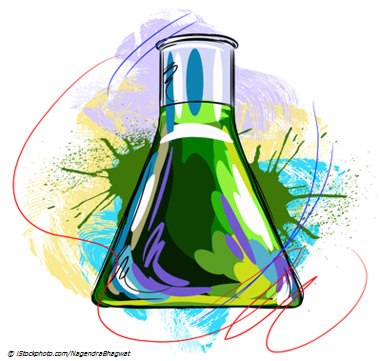 Charles Vest, Ph.D., former president of the Massachusetts Institute of Technology (MIT) and current president of the National Academy of Engineering (NAE), was a distinguished speaker at the Naval STEM Forum. While at MIT, he was one of the principals responsible for the landmark National Academies study, Rising Above the Gathering Storm.

According to Vest, America is “No. 1, except in those areas where we are No. 6, 11, 16, 22, 24, 27 and 48. What are these? We currently are ranked No. 6 in global innovation-based competitiveness, No. 11 among countries in terms of the percentage of our young adults who have graduated from high-school, No. 16 in college completion rate, No. 22 in broadband internet access to our citizens, No. 24 in life expectancy at birth, No. 27 in the number of our college graduates with degrees in science or engineering, and No. 48 in terms of the overall quality of our math and science education.”

Vest reiterates Carr’s message that “we really do have to wake up. The world has changed and is almost unrecognizable. Whereas a couple of decades ago, if we looked at where R&D expenditures were in the world, this includes both government and industry, it would have been highly centered in North America, mostly in the United States, and western Europe. Today, we’re clearly moving toward what’s approximately one-third in North America, one-third in Europe and one-third in Asia. This is a big-time change, and it is a very important trend.”

The former MIT president maintains that the U.S. should celebrate other countries’ rising influence with regard to improved education and involvement in R&D. “It’s just that we want to stay out ahead as much as we possibly can. Little more than one decade ago, the U.S. had 45 percent market share for solar photovoltaics (PVs). Now we’re down to about 5 percent. This is a leading indicator of the way things are moving – big changes to the world around us,” he explains.

Almost seven years ago, the National Academies undertook their landmark report, Rising Above the Gathering Storm, which is a study of American competitiveness. According to Vest, this study was initially prompted by a U.S. Senate bipartisan group and then a subsequent group from the House of Representatives. They wanted to ensure America was investing in things that would provide for a strong, vibrant U.S. economy and national defense 10 to 20 years into the future. Four basic recommendations emerged from “Gathering Storm” and, according to Vest, “these were not just rhetoric. Recommendation A1 was to move U.S. STEM K-12 education to a leading position by global standards. We meant that. And, this means STEM for all kids, not just for a special few.”

The report and recommendations came out in 2005 and led to the America Competes Act, which was signed into law by President Bush. In 2010, the National Academies asked for a follow-up report to answer the questions, “What’s happened in the intervening five years? And, what’s the scorecard?” According to Vest, the subtitle of the new report, “Rapidly Approaching Category 5,” nap.edu/openbook.php?record_id=12999&page=1, tells the reader exactly what the committee’s conclusion is.

Vest reiterates the group’s assessment, “‘In balance, it would appear that overall the United States’ long term competitiveness outlook regarding jobs has further deteriorated since the publication, Gathering Storm, five years ago.’” 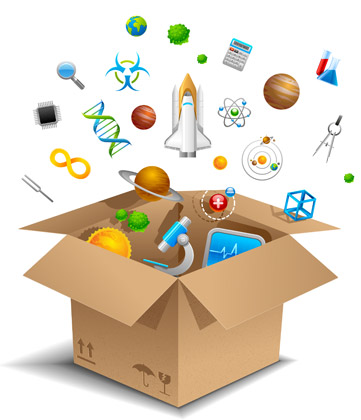 He also explains that there have been responses, such as “a new science and technology based university with a $10 billion endowment that’s been established; 200,000 students are going to study abroad around the world; a new innovation city is being built for 40,000 people; a new global nanotechnology hub is being created with a surrounding set of universities and a high-level commission has been set up in response to the Gathering Storm in order to create jobs.”

Unfortunately, according to Vest, these things happened in Saudi Arabia, China, Russia, India and the U.K., respectively. And, he says, “This is a quote we should all carry around from China’s Premiere, Wen Jiabao, ‘I firmly believe that science is the ultimate revolution.’ We need to take that message to heart. The bottom line is that the U.S. has a STEM problem that must be addressed, and we’re grateful for the Navy’s leadership in this regard.”

Approximately 12 to 13 percent of university students across Asia, Europe and the U.S. major in the sciences. However, this level of universal consistency differs with engineering. In Asia, 21 percent of its students major in engineering while in Europe the number is 12.5 percent. In the U.S., this number, according to Vest, plummets to 4.5 percent, which is why many experts believe the U.S. has an engineering problem.

“We have a STEM problem in this country with a big capital ‘E’ for ‘Engineering,’” maintains Vest, who explains that only 3 percent of incoming female freshmen say they want to major in engineering compared to 17 percent for males. In addition, the attrition rate from each of these groups is 50 percent. This speaks not only to a huge gender problem in engineering, but also to a significant lack of student interest and staying power. Vest, the Office of Naval Research and many post-secondary schools are calling for new ways to inspire, to tap into and to support these students, particularly those in underrepresented, minority populations, which are growing rapidly.

The U.S. Census Bureau estimates that Hispanic or Latino populations will rise from its present number of 16 percent to 30 percent by 2050. The Asian American population will grow from 4.6 percent to 7.8 percent within this time frame, and the African American, or black, population will remain almost stable as it grows from 12.9 percent to 13 percent. The U.S.’ current population of approximately 300 million people is projected to rise to 400 million by 2039 and 439 million by 2050. According to the Pew Research Center, 82 percent of these increases will be due to immigrants arriving from 2005 to 2050 and their U.S.-born descendants. The Center maintains that of the 117 million people added to the population during this period as a result of new immigration, 67 million will be the immigrants themselves and 50 million will be their U.S.-born children or grandchildren. 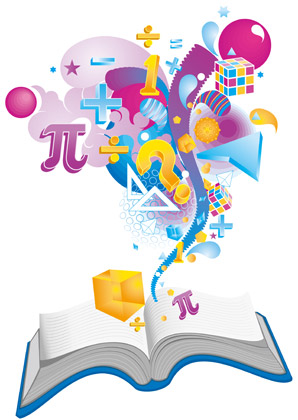 According to Eleanor Babco’s 2001 American Association for the Advancement of Science (AAAS) progress report, “Underrepresented Minorities in Engineering,” although minority engineering degrees did increase from 1975 to 2000, the numbers are still not representative of America’s diverse population. For example, by 2000 African Americans earned only 5 percent of engineering degrees, Hispanics 6.5 percent, American Indians 0.5 percent and Asians 11.8 percent. According to Babco, minorities earned 4.8 percent of undergraduate engineering degrees in 1975 with that number increasing to 12 percent by 2000.

Vest maintains that if these numbers continue to increase at such low levels, especially in relation to the projected minority increases to come, “we’re not going to grow in numbers of engineers that graduate. We’re going to decline.”

The Truths about U.S. Education

Well-known educator Bob Wehling sums up the “truths” about where the U.S. is today in his 2007 book, Building a 21st Century U.S. Education System, published by the National Commission on Teaching and America’s Future:

Wehling maintains: “We currently provide such grossly uneven opportunities for our children to learn that we are dooming millions of kids to a life of poverty wages, welfare or the criminal justice system. Our future economy and the availability of well paid, career ladder, full benefit jobs for our children and grandchildren depend upon radical improvement in the outcomes of our public education system.”

Vest concurs, explaining, “We know what the problems are; we know how to solve them. We need the political will, and we need inspiration. Eventually, I believe we will prove Winston Churchill right. He once said, ‘You can always count on the Americans to do the right thing after they’ve exhausted all other possibilities.’” 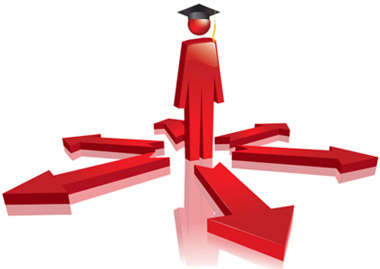 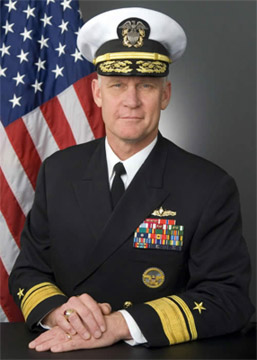 Carr will be retiring in 2011 with his ONR replacement, Rear Adm. Matthew L. Klunder, set to take the helm Nov. 17, 2011. For those who know Carr or who have been touched by his generosity, spirit and dedication to education, he will be sorely missed. His honor, courage and commitment have been an inspiration. We thank him for his selfless service and wish him and his family well.